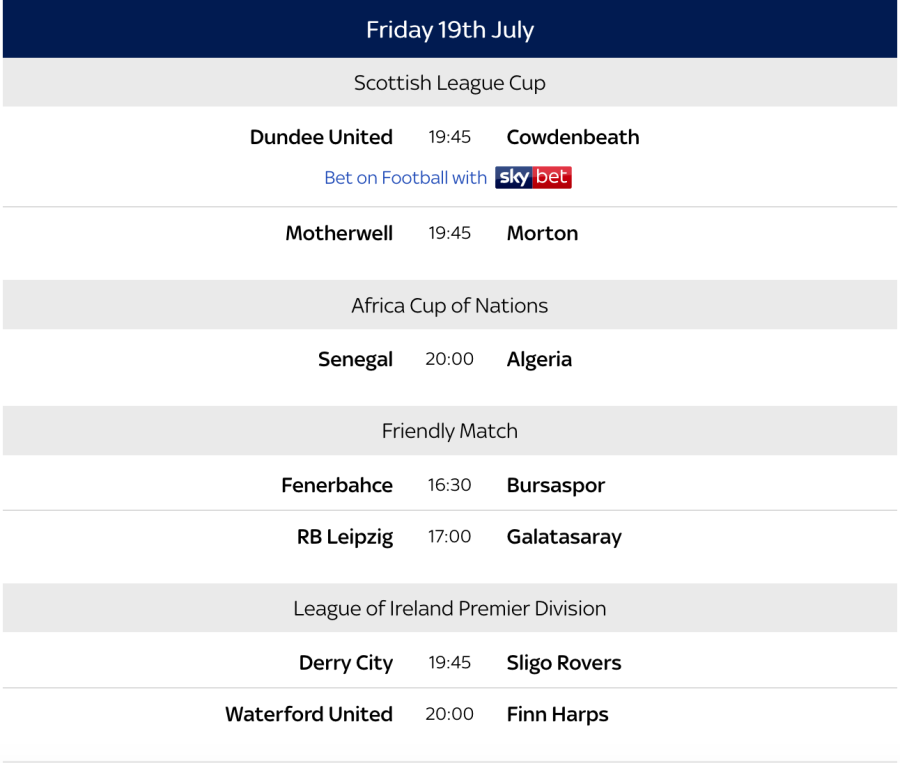 Zlatan gives his thoughts on the level of play in MLS. pic.twitter.com/IiX5T3iScD


Also very interesting seeing the new structure start to take shape: a 4-3-1-2/midfield diamond with Llorente at the base, Saul left, Herrera right, Joao Felix as a number ten, Morata and Costa up front. A big role there for Trippier and Lodi as full backs.

WIlfried Zaha has told Crystal Palace he wants to leave after returning from the African Cup of Nations. Palace rejected £40m bid. Arsenal expected to push again in the coming days. Zaha is Unai Emery’s No 1 target.
Emery has wanted him since Palace beat Arsenal 3-2 in April


Callum Hudson-Odoi to sign five-year Chelsea contract after being swayed by Frank Lampard's return as teen ace is set to earn over £100,000 a week... possibly rising to £10m per year https://t.co/KUE5v6OSoG


Should have gone to Bayern Munich

OP: Done. My eczema is still hanging around like a bad smell. I'm so mad.