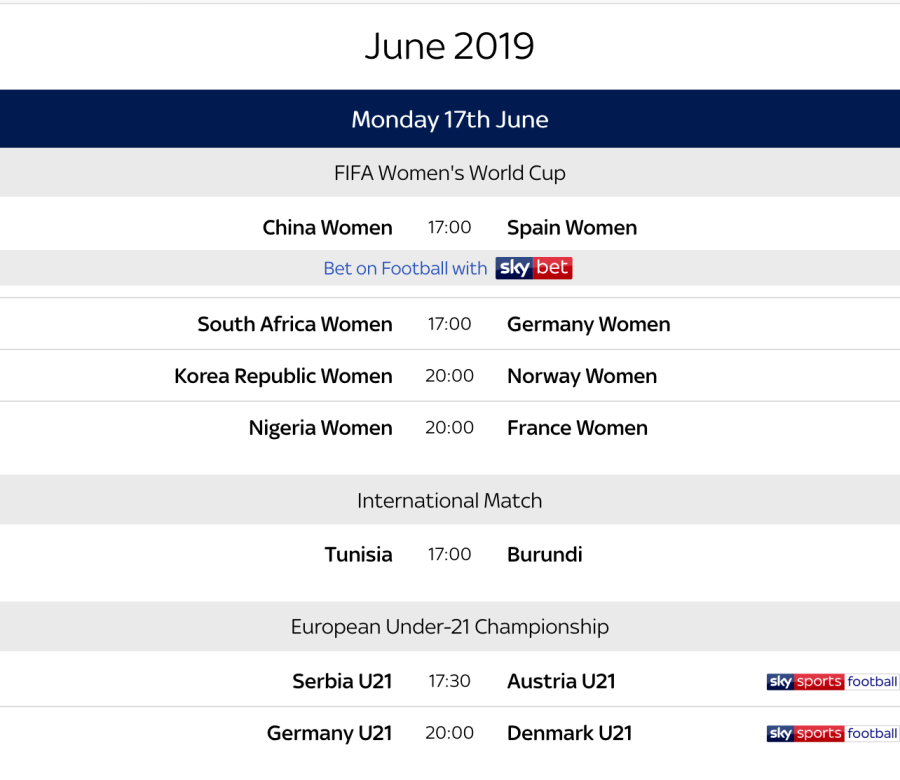 No second-half goals for the #USA this time, but another W nonetheless! #USACHI | #FIFAWWC pic.twitter.com/xEbWByMpZk

"It brought back our smiles" ⚽️😃

South American women's soccer is a sleeping giant—but only if the men who run the national federations start investing like they should have done for decades.pic.twitter.com/PC8JZJhI1V

The Copa America has long had guest nations participate, but Paraguay's boss isn't a fan of inviting teams from outside of the Americas 🏆 pic.twitter.com/tcqUxY5Bf6

Suarez getting ready to play for Barca next season after being in shape all through Copa America! #CopaAmerica pic.twitter.com/LlMkmi5Gsy

I lol'd. Suarez does pack on the pounds off season though.

Pogba to reporters in Tokyo. “I have in Manchester 3 years; some good moments and some bad moments, like everybody. I think for me it could be a good time to have a new challenge somewhere else."

Paul Pogba wants a “new challenge” but it would take massive money for #MUFC to consider letting him leave. The noises out of the club today is that they still expect him to be their player next season. Let’s see what the next few weeks throw up

OP: Done. I won't lie, I don't think I'm going to be following Copa America much at all. Women's football is enough of a summer event for me at the minute. This translates to: me putting up the scores and matches of copa America - but only if it comes across the TL, I'm not searching for it.