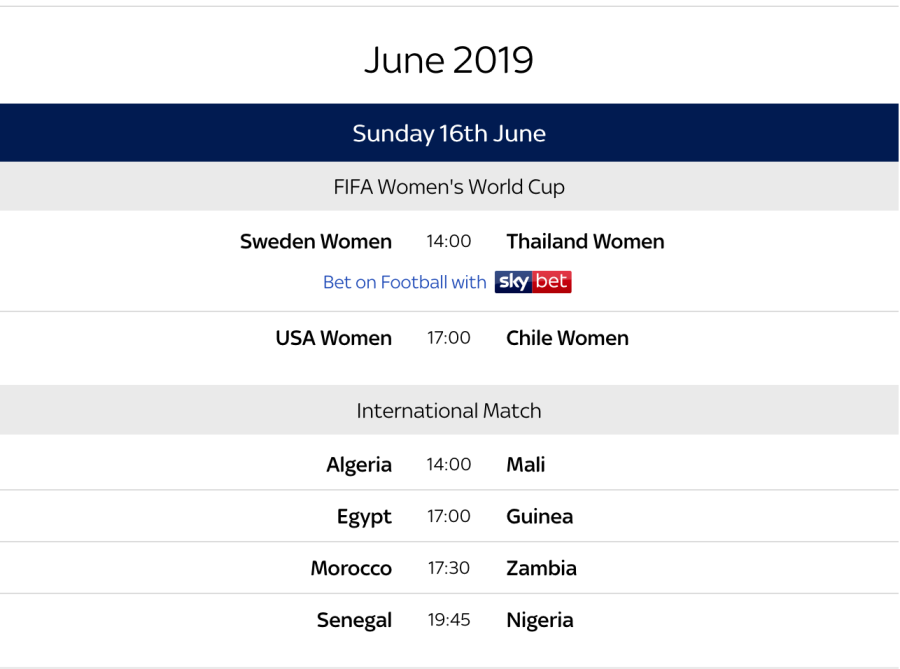 Cameron tried, really hustled, but Netherlands had that QUALITY.

When not being the #FIFAWWC all-time leading goalscorer, you can find her playing the cavaquinho 🇧🇷🎸@FIFAWWC_BRA | #DareToShine pic.twitter.com/9K05iFMz0D

Colombia are off and running at #CopaAmerica! 🇨🇴

Argentina have lost their Copa América opener for the first time since 1979. 😲 pic.twitter.com/wqzrdCLSkv