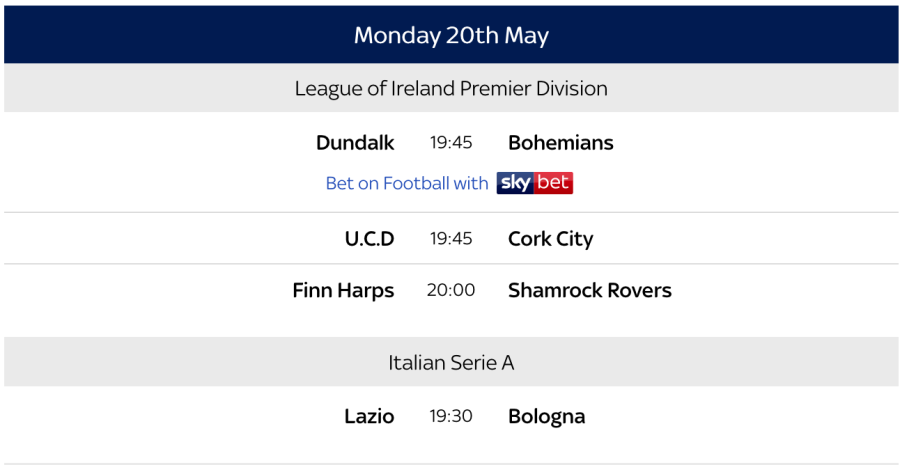 Leverkusen are the first team in Bundesliga history to qualify for the Champions League despite conceding over 50 goals...

The 2018/19 season was not without its setbacks, but testament to their attacking nature, it had a happy ending. Back-to-back promotions!

The fall and rise of SC Paderborn 07, an unprecedented footballing story ✨ pic.twitter.com/KYPKMoQTKg

The first team to win at the Camp Nou and the Bernabeu in the same season since Mallorca in 2002/03! 💫#LaLigaSantander pic.twitter.com/W8QTDQGWhB

Wow, has it been that long?

For the third season in a row, @aspas10 is the top scoring Spaniard in #LaLigaSantander! 💙🇪🇸⚽️ pic.twitter.com/ghiMk19RiV

I assume they've been relegated

Messi equals Telmo Zarra as the player with most top scorer awards in #LaLigaHistory! 💙👑❤️ pic.twitter.com/foMUXRxc5k

We are in for a wild finish next weekend on the final matchday of Serie A. Only two of Atalanta, Milan, and Inter will qualify for the Champions League next season while four teams are still battling relegation.

Pallotta: “I will make Roma the biggest club in the world”

5 years later:
- No trophies
- No Stadium
- Out of Champions League
- De Rossi & Totti treated like some nobodies pic.twitter.com/7IauSsQP5Y

Roma has been having some rough times

It’s been 8 years since a team other than Juventus won the Scudetto. Yet thanks to underdog stories like Gasperini’s Atalanta, veteran superstrikers like Quagliarella and Di Natale, and more, Calcio fans still love “boring” Serie A. @RamezYNathan: https://t.co/PzLhArdb7D pic.twitter.com/sCPTFpO46A

My TL has been HOT with indignation over this.

With Allegri leaving and a potential decent squad overhaul, hopefully the makeover at Juve will make for a more competitive Scudetto race next season. Intrigued to see who will take over. This summer should be fun/chaotic.

Juventus - they have said NO to Mourinho before. They've been linked with Pochettino.

Mbappe says he may leave PSG. ‘It’s maybe time to take more responsibility, whether that’s at PSG or elsewhere’ he said after collecting Ligue 1 player of season award #bombshell

... Gareth Bale doesn't even get to say goodbye.

He's getting something stupid like, €400k a week? He'll be fine.

For the FOURTH season in a row, Jan Oblak is the goalkeeper with the fewest goals conceded in #LaLigaSantander! 🙌❤️🙌 pic.twitter.com/iZMstJInUq

Julian Brandt will move from Bayer Leverkusen to Borussia Dortmund after rejecting offers from Tottenham, PSG, Juventus, and Atletico Madrid, according to Bild. #B04 #BVB #THFC #PSG #Juve #Atleti

OP: Done! The transfer window opens next week. So, let's just have a breath and relax! Thanks for being around for another season and reading the morning bits. I hope they've been enjoyable!