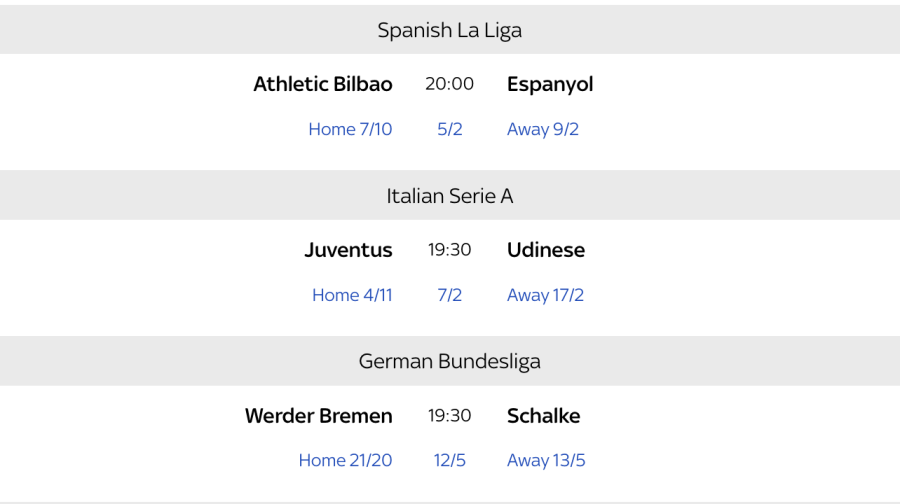 Performance of the night was from ________ 👈#UEL pic.twitter.com/VIlWcBcR5C

Who gets your vote?

A Manchester United fan is having emergency surgery in Paris after being stabbed in the chest by a taxi driver following Wednesday night's Champions League matchhttps://t.co/5jIgZWJZmk

Ex-PSG coach Carlo Ancelotti (now Napoli): "If I had been PSG coach last night, I would have jumped from the 1st bridge I could find." https://t.co/0jBrLB1Ejj

Update: My neighbor in Bled died in my living room because of the PSG... I swear I can't believe it.

Attention ‼️ We have just told that at 21:00 will be official the march of Solari of Madrid and the return of Mourinho.

#Allegri: "You (journalists, NDR) rightly do your job. Juve, according to you, with 16 points of advantage and with the eighths of Champions to play must change coach. I enjoy it even more. " @GoalItalia

Free For All Friday : how the hell was your week?

As for me, digging a cache in my back yard to put my extra tins of food in there. May is really going to go for a no deal brexit.

swearing starts here
I swear, I'm so livid at my government right now. May is the cuntiest of them all.
She's pretty much being bukkae'd by ERG and the DUP for something that will not fly! She's asking the EU to undo the backstop that she proposed in 2017! The UK is going to be ripped apart, and you know what? It will be the bloody Tories' fault, and I can't blame the other countries for peeling away. Brexit is an English nationalist's warped fever sex wet dream.

So, how the hell was your week?