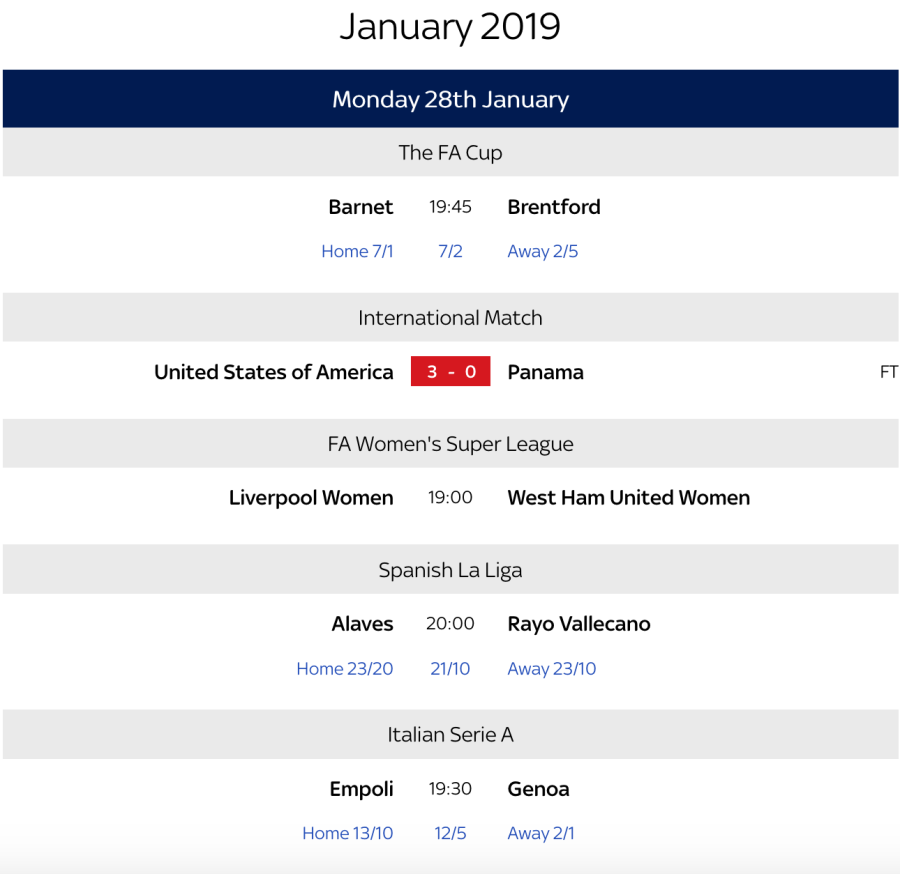 Townsend didn't celebrate against his club. Crystal Palace knocked Spurs out of the FA cup (who knows anymore?)

Fergie - Messi is a better player than Maradonna.

BREAKING: Emiliano Sala's family have just hit the €300k mark through crowdfunding that they needed to raise to begin the search for him and the pilot once more. Link here: https://t.co/Tw3bv6Zkwh

💬 "Liverpool sold Coutinho at a time when he was their best player. That hurt the fans but they used the money wisely and made a better team. For Spurs that might be Christian Eriksen"

Time for Spurs to cash in says Jermaine Jenas...#COYS https://t.co/amD5XPmABA

“35€ in the Kurve [south stand]. 130€ in the Gegengerade [east stand]. Soon no fan will be able to afford European home games.” pic.twitter.com/IK7MBsBBod

Tell me about it.

Poch: "Again we’re going to have the debate whether a trophy will take the club to the next level. I don’t agree with it. It only builds your ego. The most important thing for Tottenham right now is to always be in the top four." https://t.co/3hgLtsj6eX

Oh, Pochettino... no. Baby, what is you doing? (Although Poch has said that if he won an FA cup trophy and Spurs came 7th in the standings, he'd be sacked, sooooo)

#Liverpool has opened talks for Sandro #Tonali. Reds scout has watched him in #BresciaSpezia today. Cellino wants for the young midfielder (born in 2000) €35M. Roma, Juventus, Milan and Inter also heavily interested for the next season. #transfers #LFC

OP: Done. Any over looked news share with me in the comments.