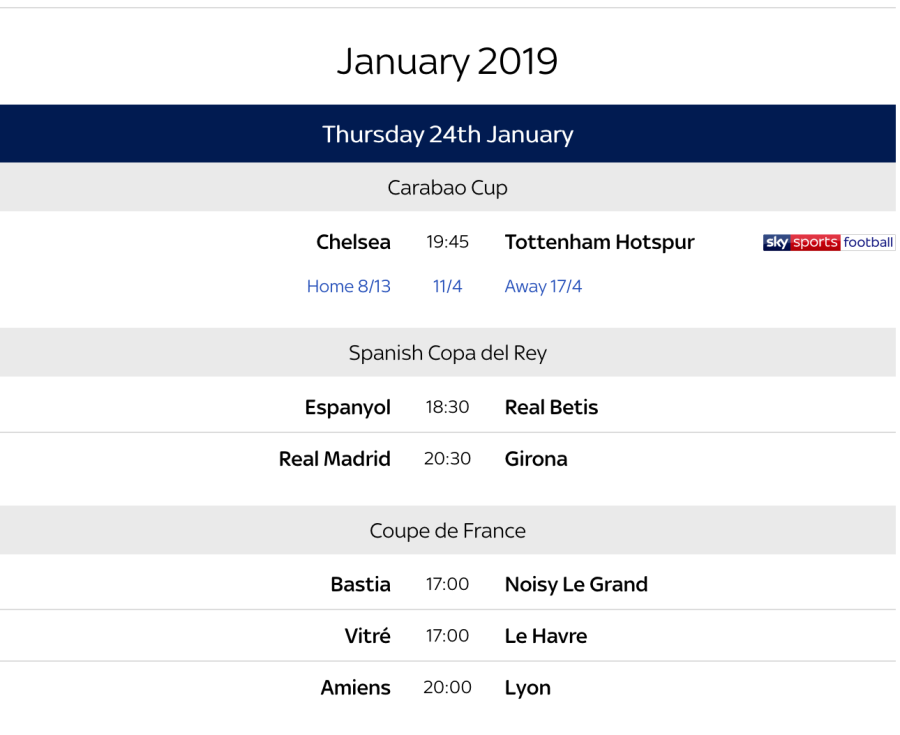 What you've all been waiting for... pic.twitter.com/gDE1mujMLF

Balotelli has signed for marsielles

Emiliano Sala's family asks not to spread the audio he sent to his friends. What happened next will surprise you... (click bait)

BREAKING: Search has moved from rescue to recovery operation

Man, this is sad. Supposedly the pilot was 'rusty' in terms of the controls of the plane (hadn't flown this model in a minute), and the club had wanted to make other arrangements and just UGH. The wings were icing over, and with a plane that size, it's a death warrant.

Higuain: “When the opportunity to join Chelsea presented itself I had to take it. It’s a team I’ve always liked that has a lot of history, a wonderful stadium and they play in the Premier League, a league I’ve always wanted to play in”

Let me shut it.