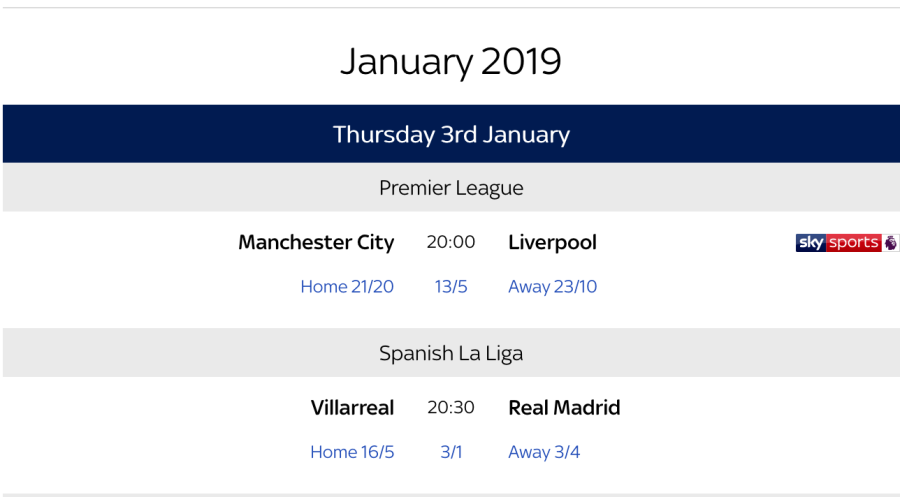 Solskjaer, “When you see big Rom running towards you, the keeper will always take his hands away.”

4 - Ole Gunnar Solskjaer is only the second manager in Manchester United history to win his first four league games in charge of the club, after Matt Busby in 1946. Revival. #NEWMUN pic.twitter.com/Dt9XpCfGms

Sarri on Pulisic: "I didn't know anything about Pulisic yesterday. The club asked my opinion about him one month ago. My opinion was positive and today I've known that the deal is done."

Here's a fun fact. No English player has been sold for as much as Pulisic.

The sides share six first-half goals, four of them coming in the space of six breathless minutes#BOUWAT pic.twitter.com/JqvR6ewh0T

Burnley climb out of the bottom three after picking up all the points in an action-packed encounter against Huddersfield#HUDBUR pic.twitter.com/UkD6EYW9C0

Four goals in a dramatic second half ensure the points are shared as West Ham battle back through Arnautovic's brace#WHUBHA pic.twitter.com/lqXzx8qrpF

An impressive defensive display from the visitors sees Ralph Hasenhuttl's side pick up a valuable point#CHESOU pic.twitter.com/78owVSveTM

OP: send good wishes. I have the flu. again. Because the two year old I live with picks up every bug going.