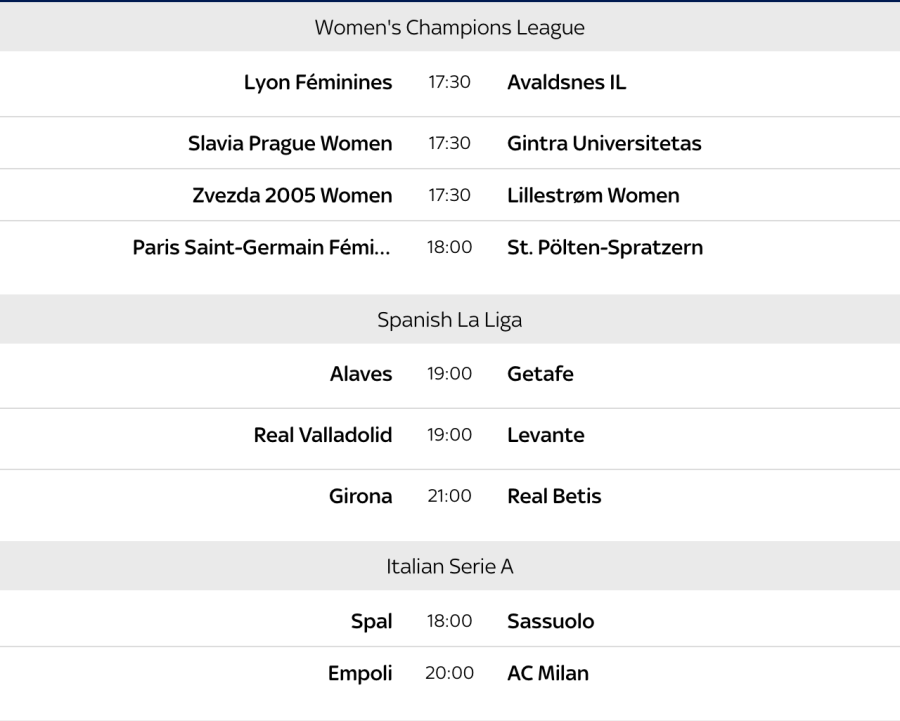 Hazard asked by Sky what went through his mind for the goal: “I spoke with N’Golo on the bench & he told me he didn’t want to take a penalty, so the only solution was to score!” #cfc

Seen a better goal in #CarabaoCup Round Three than @hazardeden10? 🤔

One #CarabaoCup Round Three fixture remains…

Here are all the scores from the last two nights of action. 👇 pic.twitter.com/o5FgFPcFnR

7 - #Juventus have won their first seven matches of the season in all competitions for the first since 1930/31. Speed. #JuveBologna

600 - Daniele De Rossi will play today his 600th match in all competitions with AS Roma. Gladiator. pic.twitter.com/Uwtr5A7CDm

SEV 3-0 RMA (FT)-The tomb of Madrid is called RAMÓN SÁNCHEZ PIZJUÁN: There he lost in 6 of his last 7 visits Garters. What Zidane only happened once in 149 official games (Madrid 0-3 Barcelona) has passed to Lopetegui in his eighth game in front of the team.

✍️ | @JPickford1 has signed a new six-year contract with #EFC! 🙌

3 points won,
Our first clean sheet of the season,
An incredible display.

Let's build on this 💪

2 - @CDLeganes_en are one of the two teams to have won against both Barcelona and Real Madrid in 2018 in all competitions, alongside Espanyol. Cucumber. pic.twitter.com/wk79HlURbj

On Joachim Low visiting Colney. From what I understand, it was a planned visit to meet with Mertesacker. They had lunch together. He also met briefly with Leno, Mustafi and Emery. Ozil wasn’t at Colney at the time. Told suggestions Emery blocked Low seeing Mesut are rubbish.