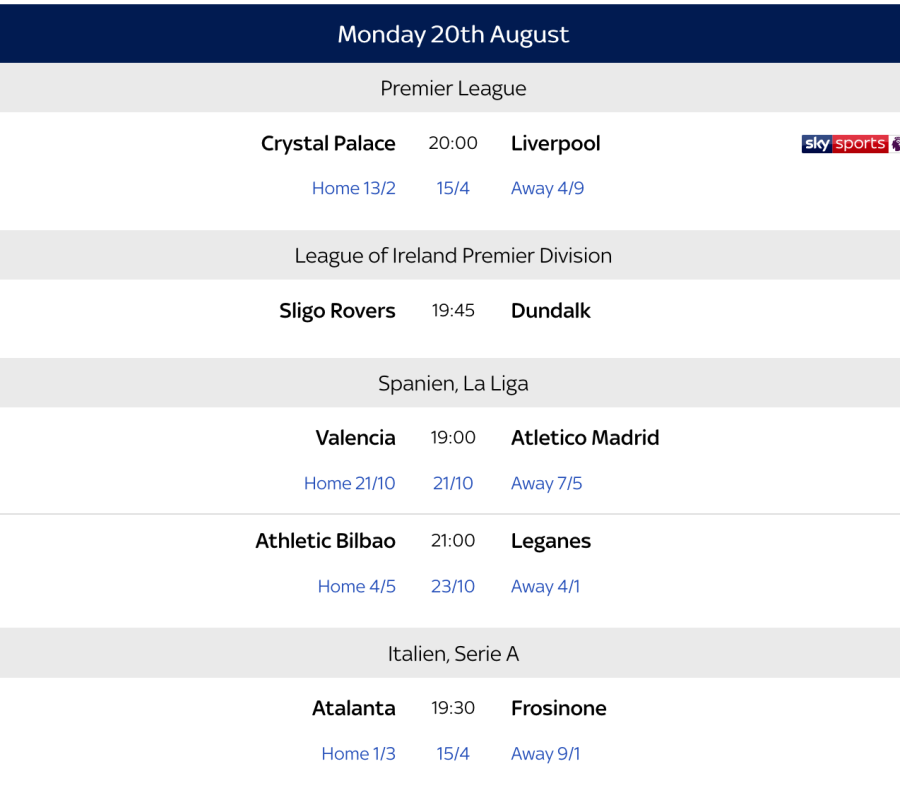 Brighton are off the mark for the season with another famous victory at the Amex Stadium#BHAMUN pic.twitter.com/sNNPXzmCo4

What a team! 💙 #mancity pic.twitter.com/iq0EJ6eNwx

For the Man City peeps here.

The Hornets make it two wins from two thanks to goals from Andre Gray, Troy Deeney and Will Hughes#BURWAT pic.twitter.com/s1aBebwFjl

This was the final score.

Yesterday's attendance at the Santiago Bernabeu was under 50,000...which is the worst attendance at the Bernabeu in a La Liga game in almost a decade 😮 Not surprised. The effect of one certain player. Think they gone to Italy 😂 #Ronaldo #CR7 #LaLiga #SerieA ⚽ pic.twitter.com/52QgNXGoSD

48,466 spectators at the Santiago Bernabeu tonight. This is the worst attendance to the Real Madrid field in a league game in almost a decade (from May 24, 2009 in which there were 44,270 spectators).

I wonder which player brought people to the Bernabéu

Since the World Cup, David De Gea has conceded 10 goals from 14 shots on target in competitive matches. pic.twitter.com/HROHAZlr36

Excelsior fans threw hundreds of cuddly toys down to children from the Rotterdam Children's Hospital during their Eredivisie match at Feyenoord today. pic.twitter.com/HSAQMvcKz6

Ederson is the first Manchester City goalkeeper to assist a Premier League goal.

His 86-yard pass found Aguero to make it 1-0. pic.twitter.com/ZNUyEKlmVv

Eden Hazard is happy at Chelsea... for now. pic.twitter.com/WelFrsARgt

In all competitions, the last time Manchester United won by five goals or more was on the 28th August 2011. Since then, Manchester City have done it TWENTY-ONE times.

OP: You know the drill. x