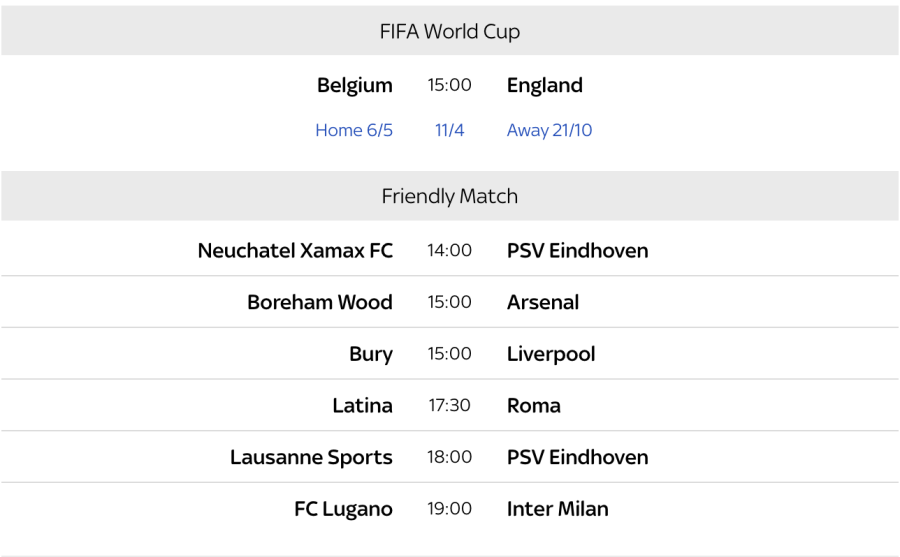 Argentinian referee Nestor Pitana is set to officiate the #WorldCupFinal between #FRA and #CRO. We sat down with the man in the middle here: https://t.co/9lzGWVZCww

Did you know, in addition to being an outstanding footballer at the #WorldCup for @BelRedDevils, @ThomMills also is quite the artist? He also used to sell old car parts! Learn more about Belgium’s No15 👇https://t.co/SIMCbsXxTf

This #WorldCup has been FUN!

Here's some of the quirkiest parts of the tournament... 🤙

Will Smith wants to know... where are you watching the #WorldCupFinal on Sunday? 😂😂😂

Does your country get a mention in this? pic.twitter.com/qgLiQPigiU

Lahm will be joined by @NataSupernova to accompany the #WorldCup Original Trophy and travel case designed by @LouisVuitton at the #WorldCupFinal
👉https://t.co/pIzJwHbRYl pic.twitter.com/IDzPdwnjrq

After the Final in 1966 Herr Mollenkopf sent a telegram to FIFA, asking why "questionable" goals were not subjected to slow-mo replays.

It took a while to respond, but in 2014 goal-line technology was introduced at the #WorldCup⚽️

Still waiting on a thank you telegram...🙁🙄 pic.twitter.com/Brm7LYEdGM

FIFA’s 2022 World Cup in Qatar will take place between November 21st and December 18th. The World Cup has always been a welcomed spectacle during a long football free summer, rather than an interruption of the football season. Darn shame we have to wait 8 years.

Official: world cup in Qatar will be played between November 21 and December 18. #Qatar2022 pic.twitter.com/MTssITZOiy

OP: Done. My laptop is giving me the side eye.