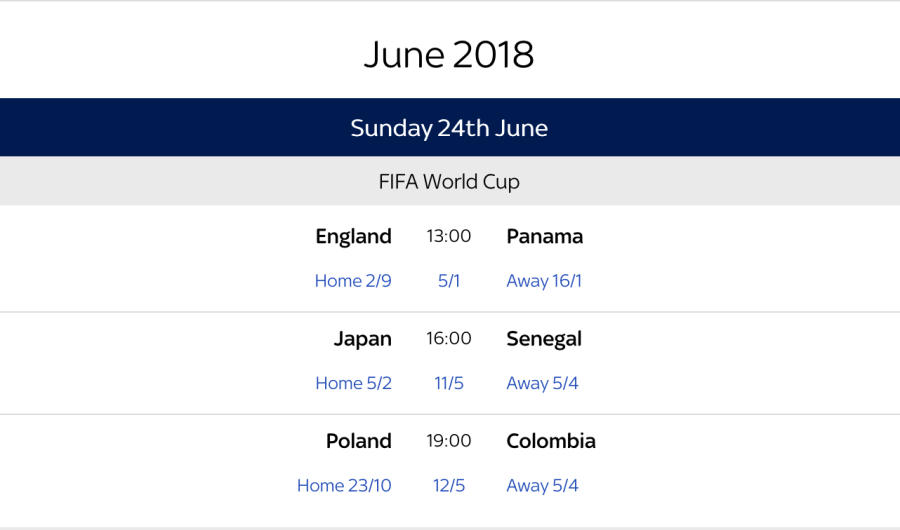 After defeats for both #COL and #POL, both sides are aware of the importance of today's match... pic.twitter.com/OJNJFVpNZ1

Japan coach Nishino asked how his team will combat Senegal: ‘In last few days I told my players to grow 5cm and put on 5kg. They couldn’t do it. So instead we will have to try to win by using the ball well.’

Pouraliganji: “Diego Costa cussed everyone in my life during the entire game. The things he said to me from the start till he went off were disgusting. He constantly insulted my entire family. He would just turn around and look me in the eye and insult my sister and mother.”

Now on @TyCSports reports that the squad have broken their relation with Jorge Sampaoli and the coach is no longer making decisions. Por dios 🤦‍♂️ pic.twitter.com/5CZuw2JejD

Well, they can't do any worse without him at the helm, tbh.

He's the first player with consecutive multi-goal games at the World Cup since Diego Maradona in 1986. pic.twitter.com/MebYx19UQZ

When you bag a stoppage-time stunner at the #WorldCup 🙌@ToniKroos

SMH at that Swedish defender


OP:Done. Cheers, jeers and the rest. I gotta go