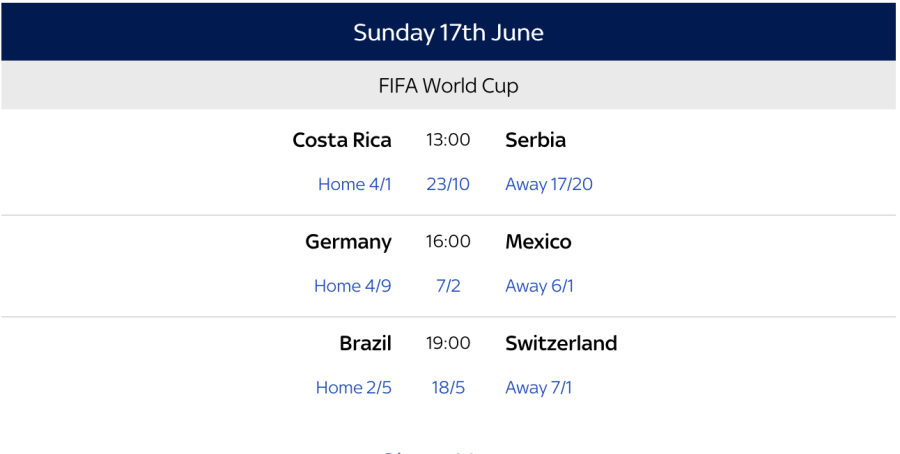 🤔 Which game on Matchday 4 are you most looking forward to? pic.twitter.com/ML4k9d2VlT

Hmmm. I will try to see the Brazil and German matches. 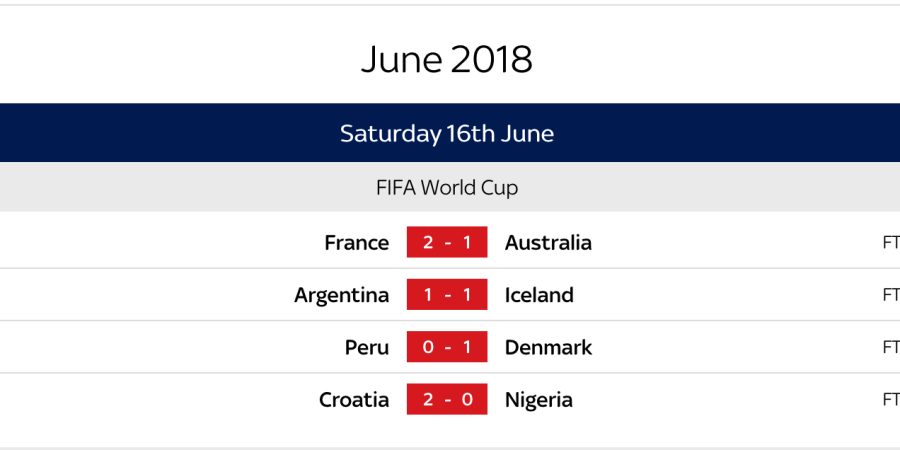 Moment of the Day 👀

When @A_Finnbogason drew #ISL level against #ARG on their #WorldCup debut ️⚽️

Argentina have no midfield or defence. And their goalie is gash.

A dream debut for 🇮🇸@footballiceland

Penalties aplenty, with notable misses from the spot

It was an eventful Day 3 at the #WorldCup

And so, after the first round of games in Group D...

#PORESP 3-3 thriller watched by huge audiences in Europe. A
massive 66.7% of Spanish TV viewers (9.27 million), the highest TV audience in Spain in 2018. 13.17 million caught the game in Germany, more than for any other sports show in 2018. The #WorldCup has started with a bang!” pic.twitter.com/swpSTe36Or

Best game of the tournament so far. The rest have been quite pedestrian.

What an end to the half!

Cueva's penalty miss for #PER means that we go into the interval with the teams tied. #PERDEN pic.twitter.com/uWOOsD1rPT

Schmeichel did the work yesterday

Impressive: Nike sold out of every jersey they made for Nigeria. pic.twitter.com/MsNM31HRsF

It is a fire jersey. The team, going by last night's game, not so much.

OP: Done! These posts are just a hub for match reaction, not really about news per se. HOWEVER- if you find anything newsworthy, please leave it for me in a comment (I do read everything, even if I don't respond at once) or PM me any links you find interesting!