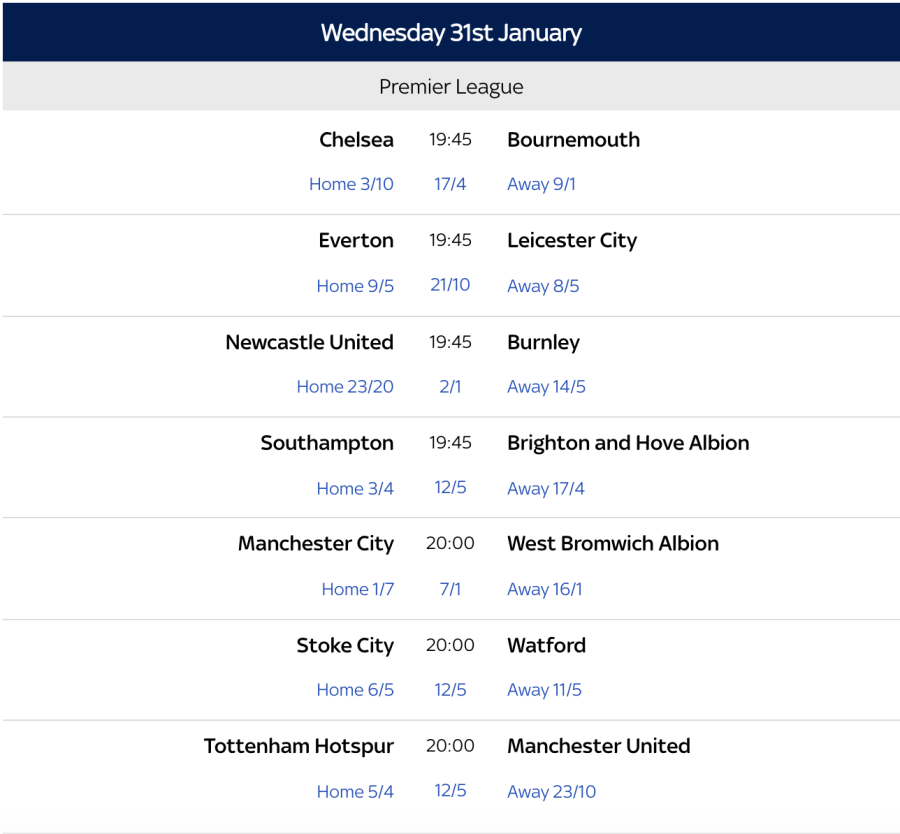 The Swans climb out of the bottom three thanks to another impressive home performance starring Sam Clucas#SWAARS pic.twitter.com/NFjqrwY3CM

Emre Can, Firmino and Salah get the goals as Klopp's side cruise to an important victory #HUDLIV pic.twitter.com/JZmfRWptIs

.@JuanMata8 has spoken to #MUTV following the extension of his #MUFC contract, with the deal now running until June 2019.
➡️ https://t.co/xkvabjtRcD pic.twitter.com/UCe0eEbfIF

In a run that included Tottenham, Liverpool and Arsenal, Carlos Carvalhal has taken 10 points from his first five games as Swansea manager. pic.twitter.com/fF78BuRqW2

Transfers (completed and in process)

If any one of the 3 players and 3 clubs says no, this whole thing will collapse.

Daley Blind could be on his way out of Man Utd today, according to today's back pages https://t.co/reWUt2Gw0M #DeadlineDay pic.twitter.com/TBUAKrYavK

Guardiola says that he does't have enough money. He's spent £200m on defence alone since he's rocked up to Man City

Mahrez has handed transfer request in amid interest from Man City.


OP: Done. Cheers, jeers and the rest of it, you know the drill! Sorry for the truncated post, but things are dynamic and I'd be updating this post all day, you know? I have a writing deadline to meet. Wish me luck, please!