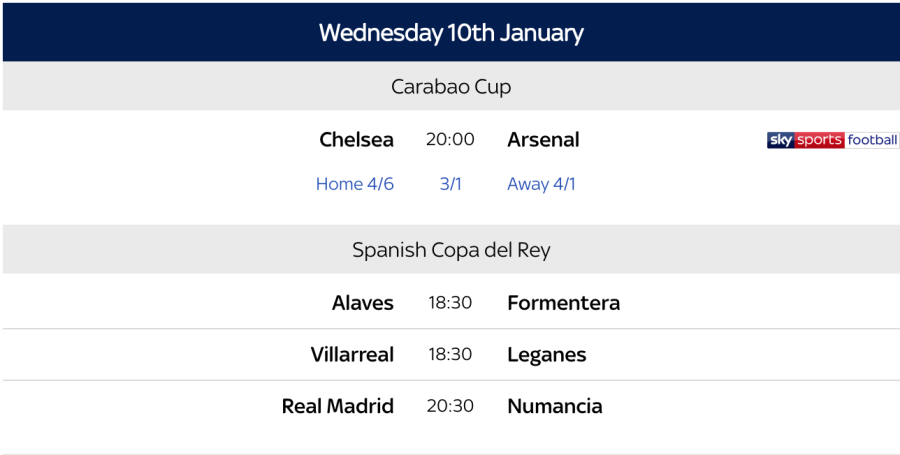 Conte on regretting Mourinho comments: "Do I have the face that looks like I regret it? I don't think so" #CFC

Conte on Mourinho: "He is using serious words. I won't forget this" #CFC

Beef. It's not only what's for dinner

Arsene Wenger hits back at Antonio Conte and tells Chelsea boss: you’re not so young yourself https://t.co/TPrB8RAi2Z

André Villas-Boas was taken to the hospital in a helicopter after suffering an accident during today’s 3rd stage of the Dakar Rally. The Portuguese manager had problems with his back and had to withdraw from the race, which was a life-long dream of his to complete. pic.twitter.com/uKj1mOKxIQ

Manchester City have reached an agreement with Alexis #Sanchez for free transfer: wage £13M/year + £30M to Alexis when he'll sign the contract.

If Arsenal would accept to sell him now in January, Man City will pay £20M to Gunners 🇨🇱 🇬🇧 #MCFC #ManCity #Arsenal #transfers