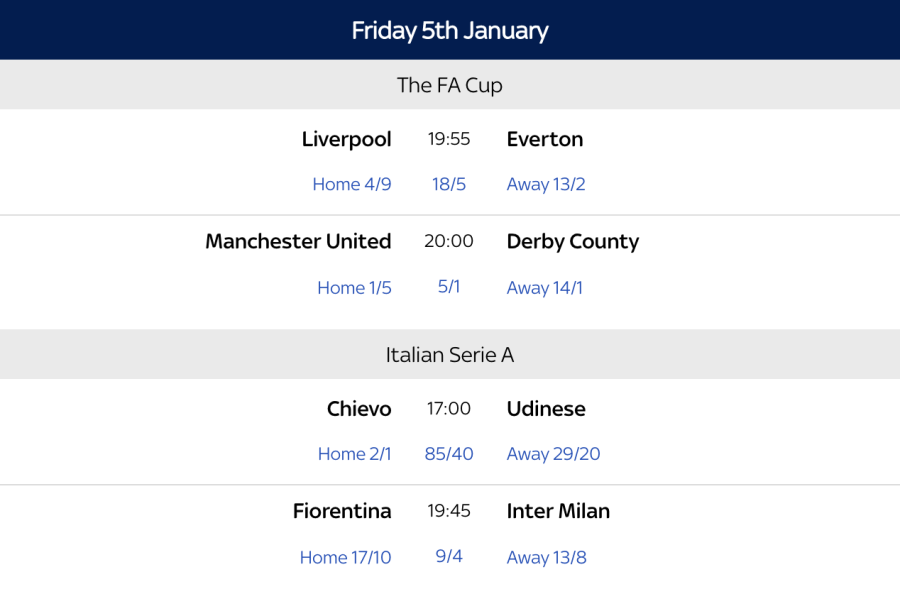 Mohamed Salah is the African Player of the Year 2017 #aiteoCAFawards2017 pic.twitter.com/WswmPqcZBY

Chelsea on brink of completing deal for Everton's Ross Barkley and have made enquiries about Andy Carroll https://t.co/fkbJVmXXZK pic.twitter.com/8KDLrZeyho

I'll be surprised if Barkley gets playtime at Chelsea, tbh. Drinkwater gets the odd game versus the weekly turn out at Leicester

Jürgen Klopp on Philippe Coutinho: "All the things I could say now would just create stories, so I have nothing to say about it. It's the transfer window, that's all. There's nothing I could say that would help me, the player or the club."#LFC #FCB

Jürgen Klopp: "Mo and Phil are not available. Virgil is obviously healthy, we'll see what we do with him. He needs to be in tune with the team, I know everyone is desperate to see him on the pitch, but there's no rush for us."#LFC

Eden Hazard on a new Chelsea contract: “(laughs) I’m going to say the same thing as Thibaut: first he has to sign, then I might follow. I don’t know who’ll be the first to sign a new deal. That’s a secret.” #cfc pic.twitter.com/QHM8Wds2wJ

Leon Goretzka has choosen Bayern Münich as his next team starting by next June. Agremeent is close to be reached, if everything will be completed he’ll sign a contract until 2023. 🇩🇪 #transfers #Bayern


OP: Done. January is a bit of a bore transfer window wise, although there have been comings and goings (Chelsea have sent a few of their youth players on loan for instance). How has your new year been treating you so far? I've been doing yoga every day so far, so that's good. Trying to study my target language everyday but ugh
Tags: club: arsenal, club: bayern munich, club: chelsea, club: everton, club: schalke, club: tottenham hotspur, club: west ham, copa del rey, league: english premier league (epl)
Subscribe