Another #Bundesliga matchday has come and gone 👋

How's everyone feeling about the weekend's results? 👍👎 pic.twitter.com/JeVfNxCQfL

Nice! But his hair though...

West Ham had one job

Gabriel Jesus has been directly involved in 21 goals in his 24 #PL appearances so far (15 goals, 6 assists) pic.twitter.com/OQhaUN0JVr

That being said, it was a fun match

Southampton's @NathanRedmond22 registered his 3rd assist of the season in #BOUSOU, his joint-most in a #PL campaign pic.twitter.com/l2T3ljhIzM 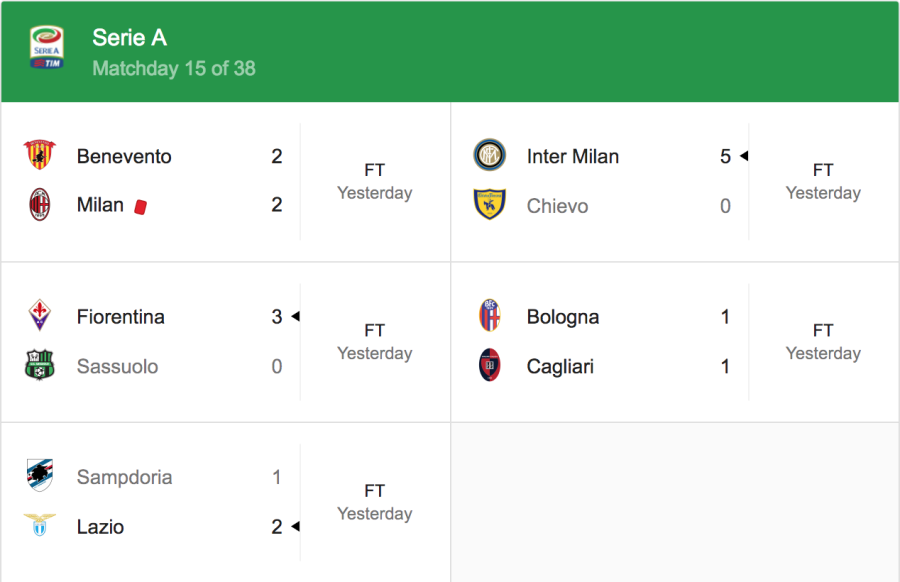 "I closed my eyes and dived like a goalkeeper, not a striker"

Alberto Brignoli becomes the first goalkeeper to score in Serie A since Massimo Taibi in 2001 👐 pic.twitter.com/oplJbhhgt3

Story of the day

#PEP: I’d like Paul (Pogba) to play against us (next weekend) because I like to face teams with their best players possible.

I’m sure he doesn't want our players to be injured.

My feet are firmly on the ground. Where else would they be? pic.twitter.com/d0GORtHDvI

Hah. Have a laugh

Ancelotti has just ruled himself out of the running for the vacant Italy job pic.twitter.com/8kVT65uFyl

But Ancelotti has been... well... lazy

OP: Cheers, jeers and the rest of it, you know the drill! Sorry for the truncated post, but I gotta walk this dog</i>