Match results from the leagues

Another action-packed #Bundesliga matchday has come to an end ⚽️

The table in the Bundesliga so far 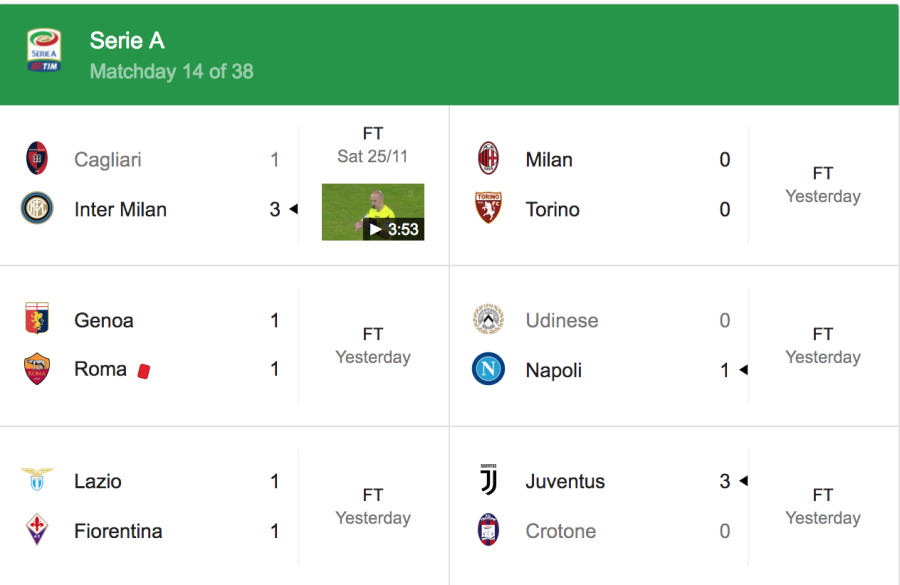 In 10 months, these two events happened. The first one might have cost Barcelona the league and today Barcelona lost another two points because of a referee mistake. Technology should be introduced in La Liga. pic.twitter.com/gBgbM2zvLj

In La Liga, this happened

The last 3️⃣ #PL meetings between Burnley and Arsenal have seen the Gunners triumph with the winning goal scored in the 90th minute #BURARS pic.twitter.com/I2rp1DPymT

Our sporting director Ralf #Rangnick has extended his contract by two years until 2⃣0⃣2⃣1⃣ #DieRotenBullen 🔴⚪ pic.twitter.com/dpBPQge2BU

This is excellent. Guardiola’s reaction to being told City broke a 22-year-old record at Huddersfield: swears in Catalan, answers in English by mistake, swears in English 😂 “oh fuck!” pic.twitter.com/KO4nlr4ABS This weekend, the PL festooned in LGBQT colours as a part of the Rainbow Laces initiative. Such livery extended to the icons used for all 20 clubs in the top flight, as well as captains' armbands and each player wearing a pair of rainbow coloured laces OP: Done. Cheers, jeers and the rest, you know the drill