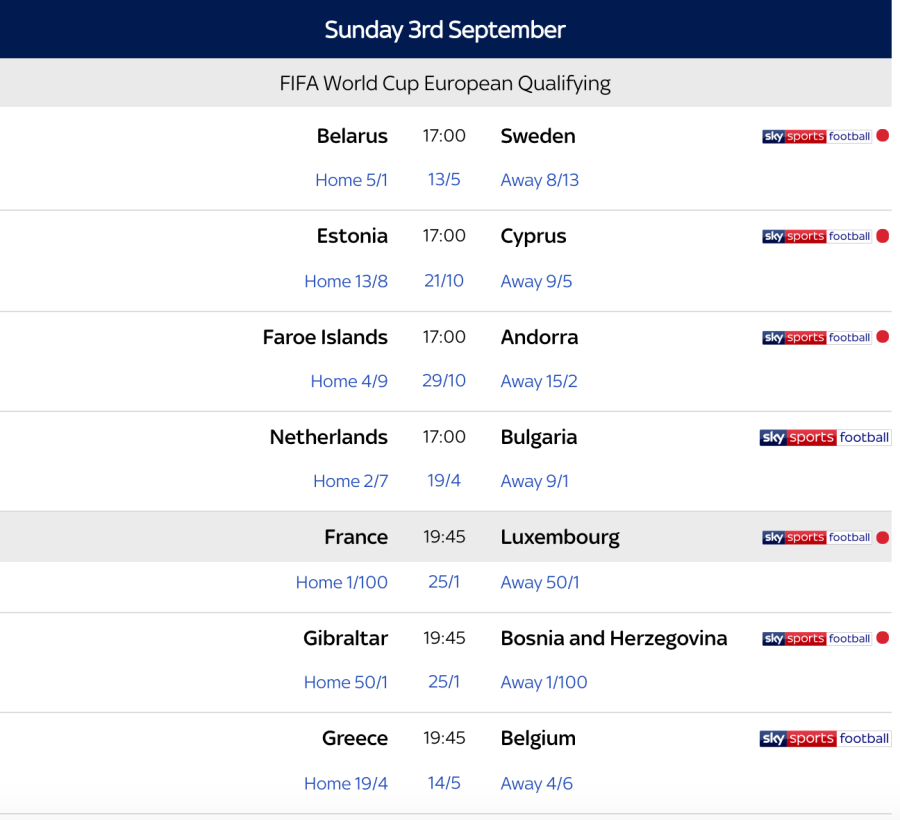 I didn't watch the matches. Watched Pacific Rim instead. Stacker and Mariko always make me cry

⏰ Half-time scores in the early games! ⏰

Who are you backing?

Welcome back...Good on him though, Villa still has that magic

Update: a meeting will be held on Sunday morning to decide when the Croatia-Kosovo game can be resumed (abandoned in 22nd minute at 0-0) https://t.co/iaEYyvmnjn

I'm going to sound like a putz but...I was SO RELIEVED the game had been called off due to a wet pitch and not something more worrying, you know?

Woke up this morning to hear the radio announcers talk about how amazing Wales were, and how they are the most exciting and forward thinking of the home teams. So I click on the score expecting a rout... and it was only 1-0. I mean... for real? That's what's getting that fun time in your knickers? A 1-0 against a severly underperforming Austria? Chile, I guess

Italy beaten in a qualifier for first time since September 2006 (59 matches)...

In the bits of the match I saw, the Italians looked old and off the pace.

Morata, Isco, Asensio... Spain will be ALL RIGHT and be back into terrorizing the international opposition before long.

🇪🇸 Isco has been directly involved in 4 goals in 5 qualifiers for Spain (3 goals, 1 assist). ⚽️⚽️ pic.twitter.com/EECnQfzYPZ

This is why Zizou will never let him go.

I'll stop posting about Italy now, but Gigi! Still wonder about his 88 leanings, but he's defo a statesman of the beautiful game

Woodburn was born and raised in Liverpool, iirc. But the Welsh are tapping up the available players earlier and earlier. I predict there's going to be a massive fallout between England and Wales re: home cap ties in the future and FAs probably demanding money for potential player development. But eh, there's enough for everyone.

🇺🇦 Andriy Yarmolenko has been directly involved in 7 goals in 7 qualifiers for Ukraine (5 goals, 2 assists). 💪 pic.twitter.com/M0L0MBpirX

Yarmolenko... I remember when Liverpool tried to go in for him and they were BLOCKED for two transfer windows running. So I'm surprised that Dortmund got him. Goddamn it

That feeling when you score your first international goal...

Yooooo, I jumped and screamed for this guy. You'd have thought I was Irish (I wish! I want to keep my EU citizenship! Anyway


Context: This was a charity match held to raise monies for the displaced families and the community around Grenfell flats