It's not goodbye but see you soon, Falcao!

I'm so sorry that this is late, it took me some days to recover that he's gone. Anyway, this is the transcript of the interview from the club's website:

Arrival in Madrid
"The joy and signs of affection I received gave me peace of mind and gives me the illusion of wanting to work hard to give happiness to all the fans of Atlético. When the agreement was finalised between the clubs there was a media explosion that made me happy.”

Philosophy
"To give one hundred percent. Every game I will play with heart. I've always played the game that way. I think that putting together a team of interesting players is important and I will contribute the maximum to help the group achieve the objectives. I am one who comes to bring the best of my potential. I hope to do so, and with the help of the entire team, we will continue to form a strong group. We can achieve great things."

Total Defense
"Not only goals but I can offer a lot in the buildup. I try to get involved, create situations of play for the team and join in the attacking play. Above all I have mobility to move around the front of the attack. I'm not a typical player who waits in the area. I try to enter the line of play for 90 minutes."

El Tigre
"I was given the nickname when I was in the youth divisions of River Plate, I was 15 years old, because in Argentina there was a TV show that had all the games of professional football, the best player of the match was given the award: It was called "El Tigre". After a match with River Plate Under 15s, Gonzalo Lugueño, a colleague, told me I had been 'El Tigre', who had played very well. So my colleagues started to call me 'El Tigre' and therefore everyone began to call me that in Argentina, Colombia and Portugal. It's something that identifies me.”

Atletico Madrid
"I think it's a great club, one of the largest in Spain, with some of the best supporters. I witnessed myself the support they give for 90 minutes to the team. Winning or losing it’s always unconditional. That is very important to us. We hope they continue that this season as they have always done. The enthusiasm of both fans and players will help to position Atlético at the top of the Spanish league and in Europe."

The Derbi
"Obviously, the main thing is winning. I have the illusion of being able to provide the fans a victory. If I have the opportunity to score goals and help that way, great, it would be important. Through the years, the derbies that I have played in have shown me the rivalry that both the fans and players feel... that feeling will always be to win and overcome the opponent, in this case Real Madrid. I want to provide this opportunity and contribute to a victory after so many years."

Europa League
"First, I hope we can qualify for the group stage and then the expectation will grow as Atlético wins games. We know this is a club that fights to win titles or being at the top and I think we have to go step by step, without rushing things. Obviously, we want to get as far as possible, but we will focus on playing game by game and that way we will build on each victory."

Goals
"It's a dream. As a striker I always fight and work first so that the group can achieve its goals and hopefully through my goals I will contribute. If I have the opportunity to score, for me personally is wonderful, it would be a dream. I do not want to put personal goals ahead of the team. The main thing is the group and then I’m always happy to be the scorer.

Gregorio Manzano
"I am very happy to come work with him and be part of this great family that is forming at Atlético."

Futre
"He was a player which my father told me a lot about. I was very small but he was well known. There is a similar situation because he came after winning a European championship like me, and I hope to follow in his footsteps. I´ll make my own history, not repeat what he did. I want to mark an era at Atlético and could leave an important mark on the club and the fans. That means a lot to me and all my time at the club."

A date with the fans
"For us, the players and for me it is important to share with the fans and feel the passion they have for the club, so I invite you to the presentation on Monday to come to the stadium and make me feel the support from the first minute in Madrid.” 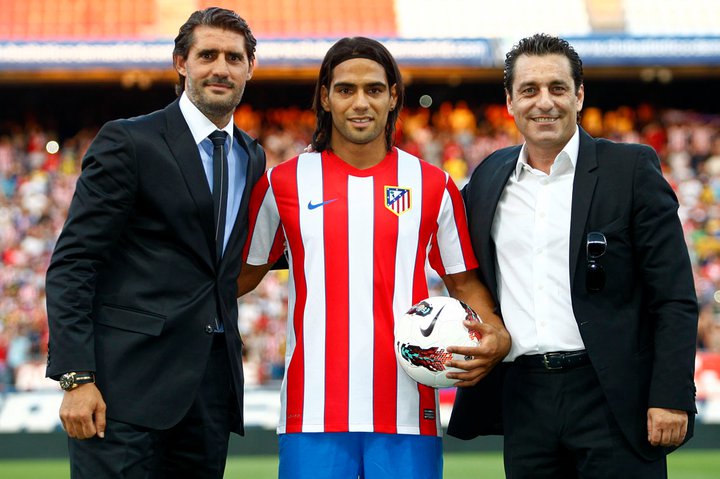 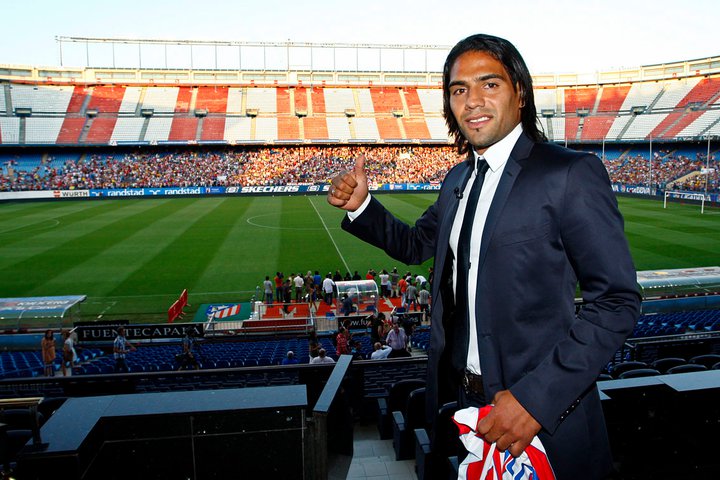 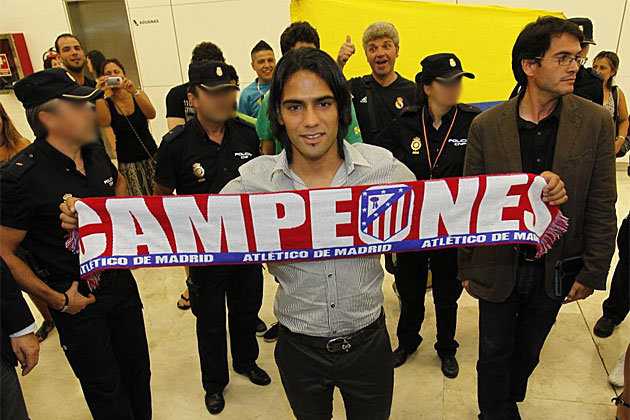 I'll miss him along with other Porto fans, thanks for your everything you've done to the club,all the goals in Europa League and the domestic league especially. It will never be forgotten. It's FC Porto though, we'll be back in no time, in the meantime... I don't think Sapunaru nor Rolando mind scoring anyway while Kleber settles in to the team.


This is pretty much how I feel right now: 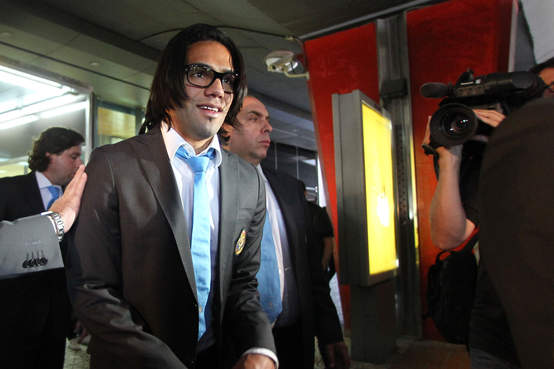 Whether dancing with Hulk 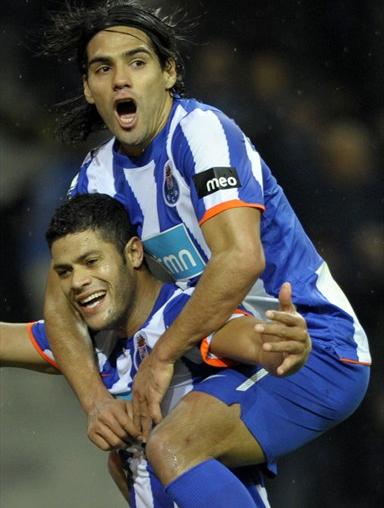 Winning trophies with the team 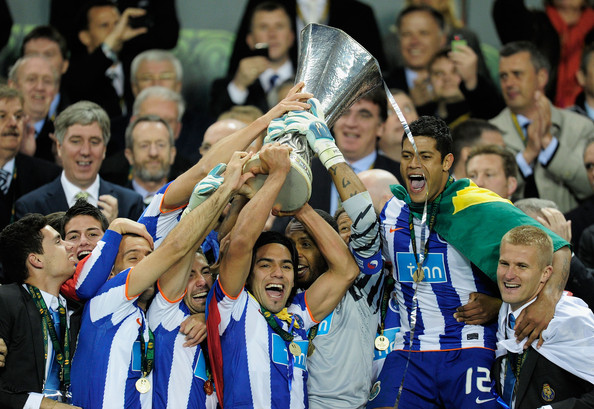 And even those times that you don't want to let go of the trophy :P 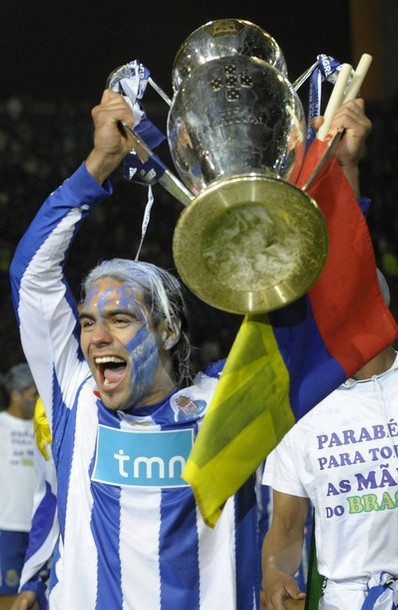 Who will take care of James now? It used to be you and Guarin together. 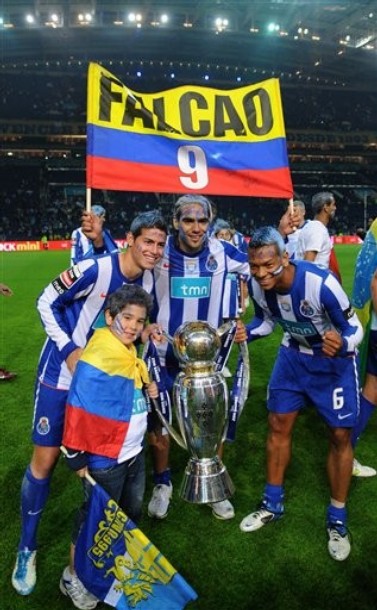 Seriously.. I hope you score a lot in your new club, continue to improve and have a great career until you retire.

This is his letter that is on his website for everyone at FC Porto and the supporters: http://www.falcao.com.co/noticia/tigre-cora%C3%A7%C3%A3o-de-drag%C3%A3o


I wasn't able to make a post for this so I'm just going to include some photos of the Porto's last trophy just a couple of weeks ago vs Vitória de Guimarães. Enjoy!


This was after Rolando scored, dancing as usual hehe 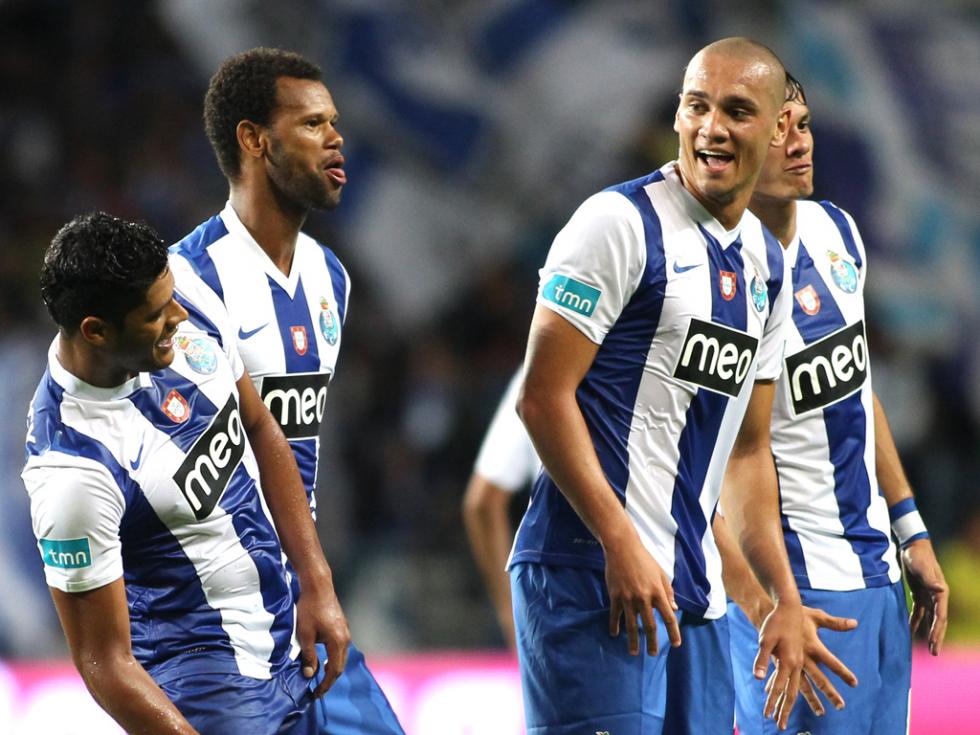 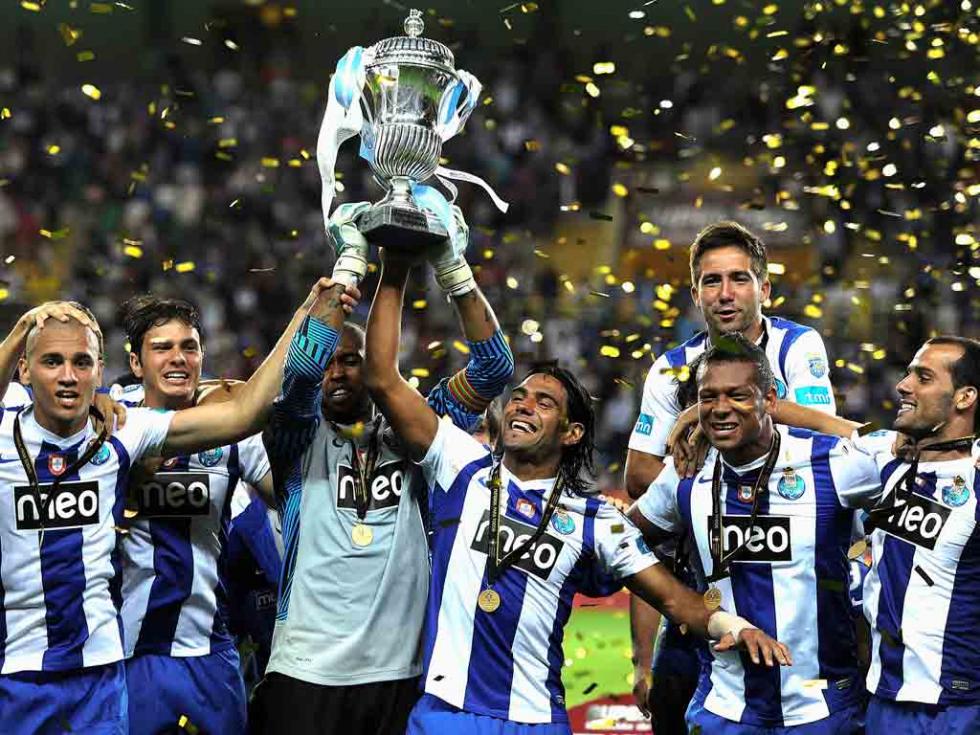 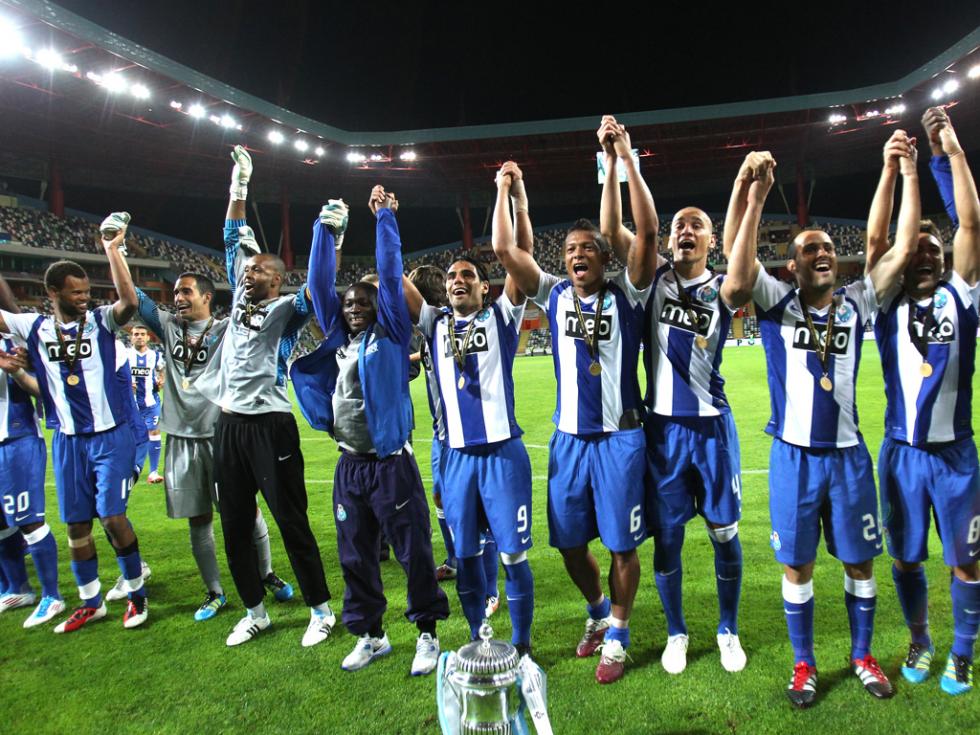 Given Ruben the trophy, Falcao hahaha 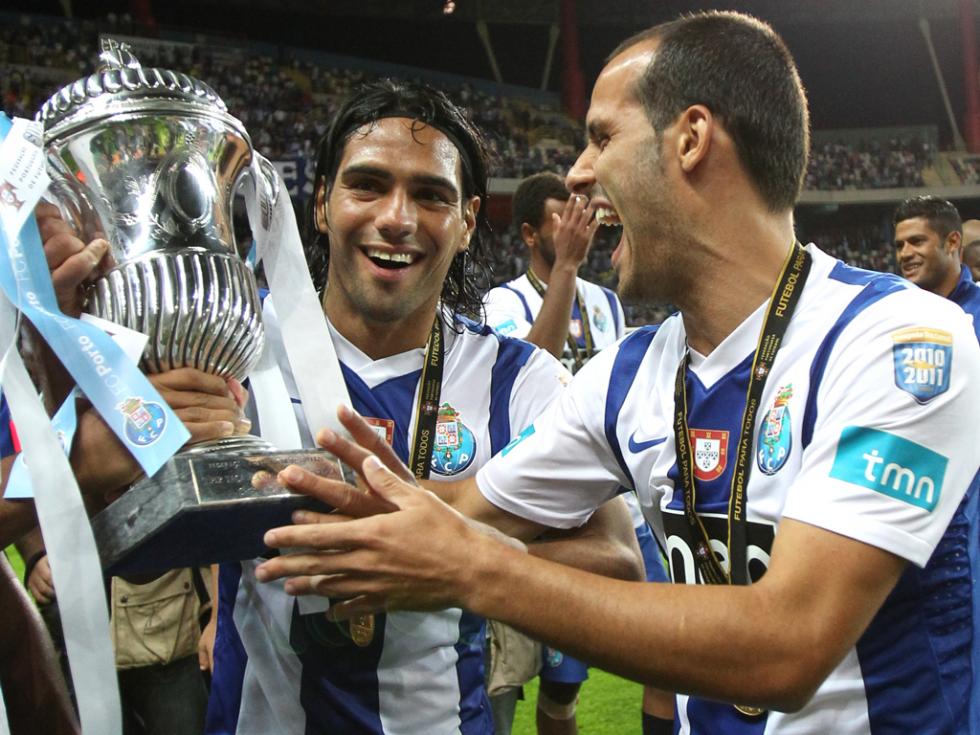 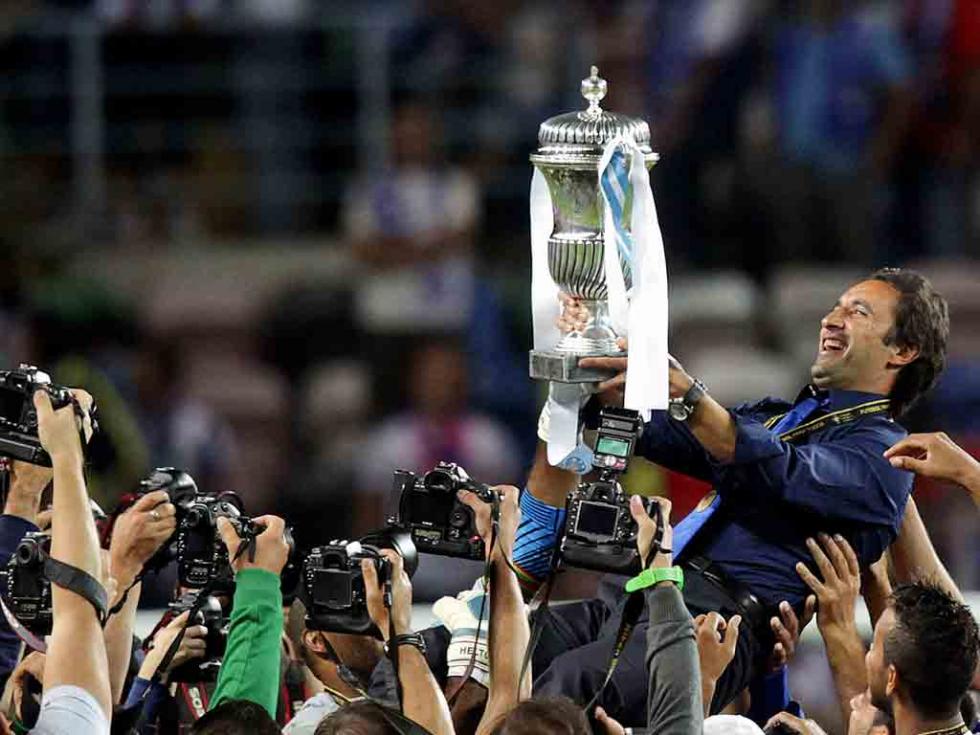 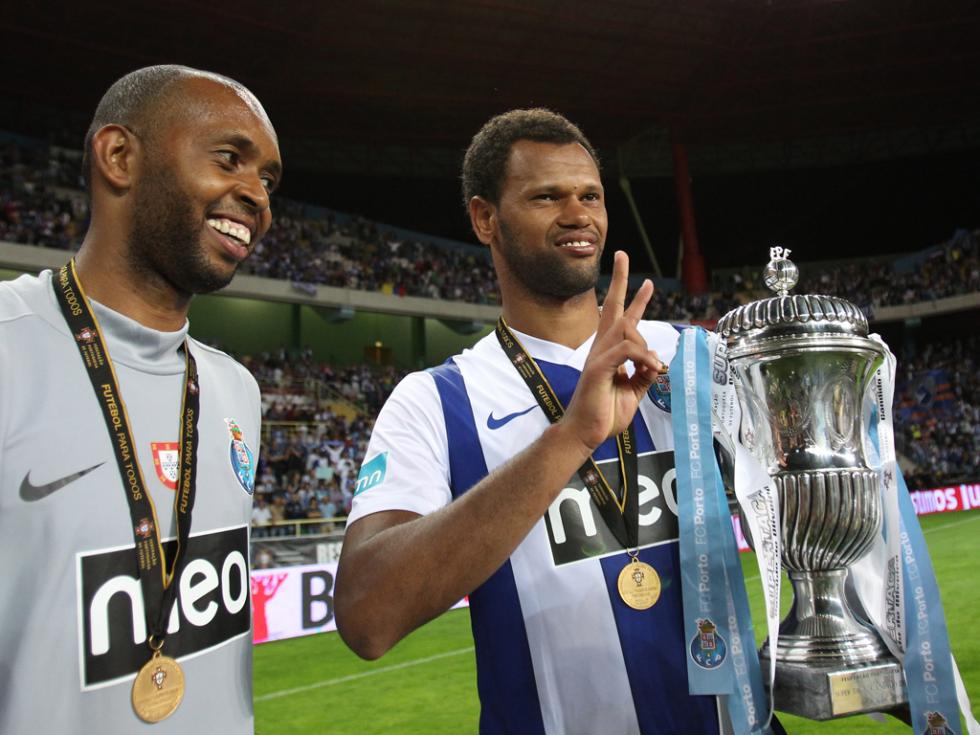 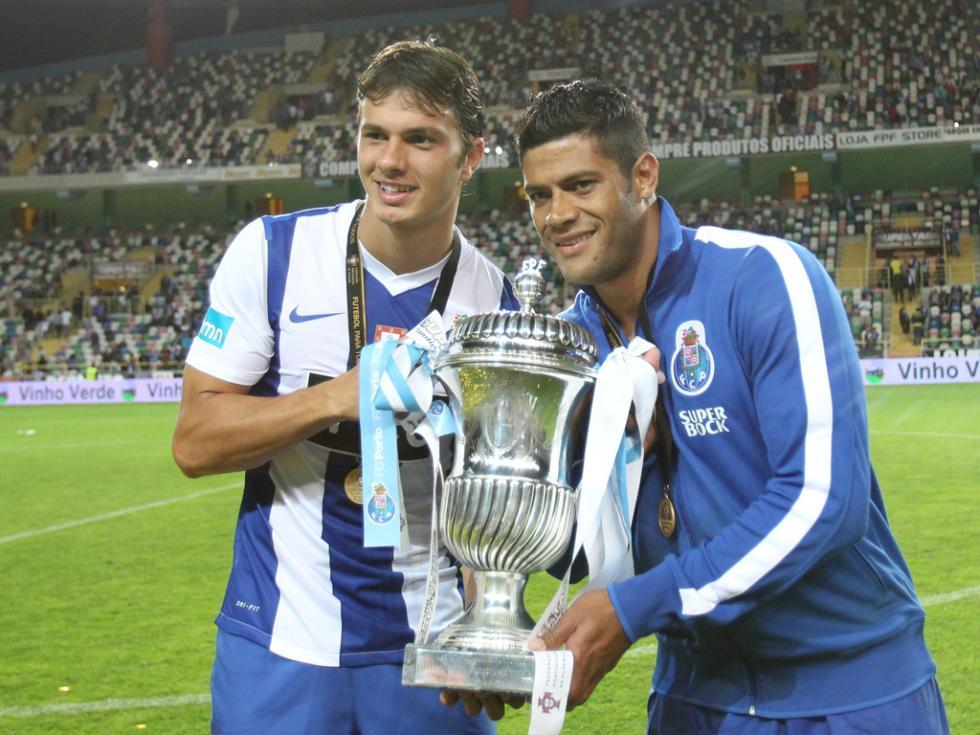 That's all for now, don't forget Porto faces Barcelona tomorrow for the UEFA Super Cup.. it's thanks to Falcao's goal that Porto won the Europa League and why we're facing Barcelona. :)


Gifs are from http://fuckyeahfcporto.tumblr.com/ and