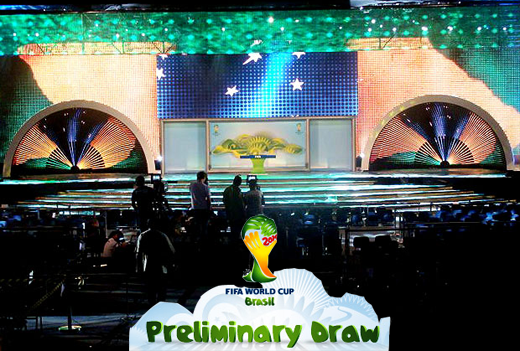 AFRICA 5 places
Round One (Matches)

A much-changed system in Africa, with the final round essentially taking the format of five play-off ties.
Round One: 12 home-and-away series. Played in the period November 11-15, 2011.
Round Two: Ten groups of four teams. Played June 1, 2012 to September 10, 2013. The group winners advance to Round Three.
Round Three: Five two-legged ties. Played October 11-15 and November 15-19, 2013. Winners qualify for the finals.

CONCACAF has a slightly modified, but still convoluted, system for 2014. The main seeds, including USA and Mexico, enter in Round Three.
Round One: Ties completed by July 17. Ten bottom ranked nations playing two-legged ties.
Round Two: 24 teams drawn into six groups of four teams. Played September 2 to November 15, 2011. Group winners advance to the Round Three.
Round Three: 12 teams drawn into three groups of four teams. Played June 8 to October 16, 2012. Top two teams advance to Round Four.
Round Four: One group of six teams. Played from February 6 to October 15, 2013. Top three teams qualify. Fourth placed team makes the intercontinental play-off.

This follows the same format as for 2010.
Round One: Eight two-legged ties featuring the 16 lowest-ranked teams in Asia.
Round Two: 15 two-legged ties played on July 23-28, 2011. Winners advance to Round Three.
Round Three: 20 teams will be drawn into five groups of four teams. Played September 2, 2011 to February 29, 2012. Group winners and runners-up advance to Round Four.
Round Four: Two groups of five teams. Played June 3, 2012 to June 18, 2013. Group winners and runners-up qualify. Round Five: The teams finishing third in Round Four face a home-and-away play-off. The winner advances to the intercontinental play-off.
OCEANIA 0.5 places

A slightly modified qualifying competition.
Round One: The four lowest ranked teams will play in a central tournament based on a league system between November 21-26, 2011; the proposed venue is Samoa. The winner of the tournament will advance to Round Two. Round Two: Also the 2012 OFC Nations Cup, the Group Stage of this competition will act as World Cup qualifying for Oceania. The winner of Round One joins the seven top ranked nations in the region in a central tournament based on a league system, likely to be in Fiji, with a semi-final and final. The four semi-finalists will go through.
Round Three: One four-team group playing on a home and away basis between September 7, 2012 and March 26, 2013. The winner of this group goes through to intercontinental play-off. 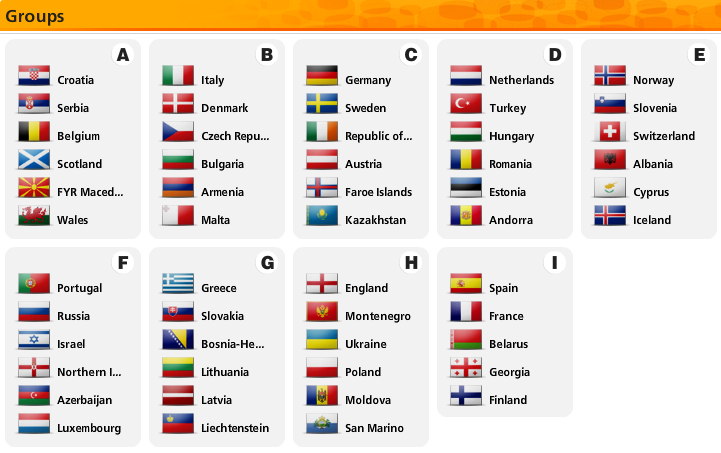 Qualifying for 2014 follows exactly the same format as 2010. There will be eight groups of six teams and one group of five. Each group winner qualifies automatically, with the eight best runners-up facing a play-off to qualify. The record of the team finishing in sixth place in groups 1-8 will be discounted to determine the best runners-up. The qualifiers begin in September 2012 and run through to October 2013.

SOUTH AMERICA 4.5 places
Brazil qualify automatically as hosts, which means only nine nations will take part. As in recent qualifying competitions, all teams play each other home and away with the top four nations making it to the finals. The fifth-placed team will have to play an inter-continental play-off. The qualifiers begin in October 2011 and run through to September 2013.