DesiEnM was killed by LJ. rip (

Because i present you the 12/13 Champions League Winners!!! 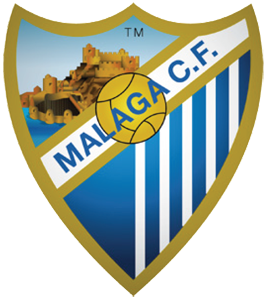 Madrid - In the past few seasons Valencia, Sevilla, Villarreal and Atletico Madrid have all struggled, in vain, to keep up with Spanish giants Barcelona and Real Madrid.

These four challengers have been crippled by declining television revenues and merchandising income, and the quality of their signings has fallen alarmingly.

Indeed, last week Sevilla president Jose Maria del Nido again complained about the fact that television rights are negotiated individually rather than collectively in Spanish football, which means that Sevilla will only earn around a fifth of Barca's and Real's television income over the next few seasons.

'Unless this situation changes,' moaned Del Nido, 'then this will continue to be a poor league, with only two teams in a position to win.'

So, the bipolar hegemony of Barca and Real is all set to continue into the near future? Probably.
However, a surprise challenger to the Big Two has emerged in recent months: ambitious Malaga.

In May 2010 Malaga, cash-strapped and debt-ridden like most provincial Spanish clubs, narrowly avoided relegation to the second division on the very last day.

Even so, the prospects for the southern club did not seem very bright. However, just one month later the club was bought by Qatari sheik Abdullah Al Thani, who provoked surprise - and also ridicule - by promising to make Malaga 'a major force in European football.'

Al Thani started to put his money where his mouth is last January, when he bought in Chilean coach Manuel Pellegrini plus
expensive signings Enzo Maresca, Martin Demichelis, and Julio Baptista. The team moved quickly out of the danger zone and finished in creditable 11th place.

On Monday, Malaga announced that they had also signed teenage striker Isco from Valencia (is valencia dumb? jw), and that former Spain captain Fernando Hierro (this made *sob*, ngl)- who originally hails from Malaga - will take over as sporting director after leaving his post at the Spanish federation.
On Tuesday, Radio Marca compared Al Thani's revitalization of Malaga with that carried out by Roman Abramovich at Chelsea in the period 2003-2005.

Also on Tuesday, sports daily AS quoted Van Nistelrooy (fucking *sob*, again) - after the first day of pre-season training - as saying: 'There is a lot of hope at this club, but it is a realistic kind of hope. This is a new team. We are working to get to known each other and form a block.'
The beaming veteran Dutch striker added: 'I just don't have words to describe what is going on here. 15,000 fans turned up to the presentation of the squad the other day, that was tremendous. Everyone is really looking forward to the start of the season.'

Van Nistelrooy admitted that 'some people were surprised at me signing for what looks like a small club. But I looked at the players they had signed and the plans of the club, and I could see no reason at all not to come here.'
He ended the interview with the hope that compatriot Wesley Sneijder would decide to leave Inter Milan for Malaga. 'He's one of the best in the world. Let's see if he comes here, it would be great.'

Demichelis, for his part, said last week that: 'We really have to get into Europe this season. We look like a good team because of the signings but there is still a long way to go. The club has made a massive effort and we now have to ensure that Malaga continues to grow.'

On August 21, the watching world will start to judge whether the new Malaga is really in a position to challenge Barcelona and Real, because the fixture list has given them a mouth-watering home start against Barca.
salsa picante
thoughts? imo they have a great coach and now with all these new players...... i don't really want to play them..
o and Malaga tag, pls? lol
tyfyt