the only pharaoh in town (

Hot ginger to make a return to Stamford Bridge?

It has just been reported in Portugal (Record) that Chelsea have contracted FC Porto coach Andre Villas-Boas.
The London club paid the release clause of 15 million euros and offered a huge-money contract to entice Jose Mourinho’s former assistant (at Chelsea among other clubs) to Stamford Bridge. More to follow.
source 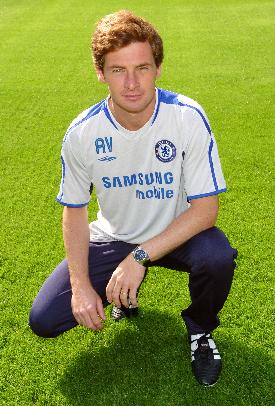 Andre Villas-Boas has already announced to the SAD FC Porto to his decision to head to English club, which thus only have to pay the termination, told the Lusa agency source familiar with the process.

On Sunday, Pinto da Costa had said that if someone "beat the termination clause" of 15 million euros, "and if he wants to leave FC Porto can not do anything."Apparently, Andre Villas-Boas is willing to let "the chair of a dream" on the Dragão to return to London, the club he worked with Jose Mourinho.

Abramovich may leave 45 million at the Dragão.According to the sports newspaper "A Bola", the boss wants to take Chelsea to London Falcao, sort of a gift subscription to Andre Villas-Boas.

(brought to you by shitty google translate) 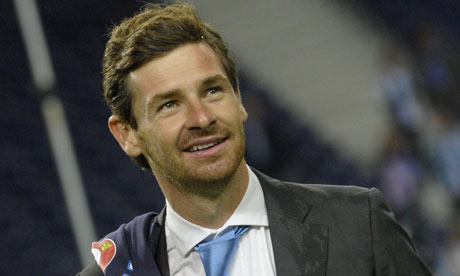 English news still a bit behind though:
Former Chelsea backroom man Andre Villas-Boas was today claimed to be on the verge of a return to Stamford Bridge as the new coach of the Blues.

Roman Abramovich is said to have already agreed to pay Porto's £13million release clause to let the 33-year-old leave for the Premier League.

And while it was unclear whether the man dubbed Mini-Mourinho would be arriving as part of a managerial dream team with veteran Dutchman Guus Hiddink, the suggestions from Portugal hinted at a rapid movement towards a deal being done.

Should Villas-Boas return to Chelsea he will know many of the Blues squad, having been one of Jose Mourinho's hand-picked staff when the "Special One" came to the club in 2004.

Villas-Boas was responsible for putting together the detailed technical reports on every opponent that was the hallmark of Mourinho's Chelsea reign and was one of his key lieutenants and supporters during the rift with Abramovich that reached its inevitable end in September 2007.
Inter Milan made an approach for Villas-Boas over the weekend, but baulked at the €15m clause in his contract, leaving the door open for the mega-rich west Londoners.
Porto president Pinta da Costa also acknowledged that there was nothing he could do to stop the man dubbed ‘the mini Mourinho’ from leaving the Portuguese treble winners.  ‘

Villas Boas has a contract and a clause of €15million,’ said da Costa.  ‘If someone deposits €15million into our account and he wants to go, we cannot do anything because it is something that is contractually specified.’
source 1 and 2

AVB IS 33! the same age as FAT FRANK. i feel bad for porto -  i wanted him to stay, and i wanted them to keep hold of falcao and hulk and make an impact in the CL next season. now it makes it easier for them to leave :/
although, i have to add, im a bit skeptical - are we 110% sure about this? everything seems to answer with a yes...only unconfirmed reports are salary and players who might transfer - all rumours

(wont happen, all teams are in pot 1 so they can be grouped together unfortunately haha)

so its not a rumour, and andre seems to agree to the deal.