Europa League Champs! They are back and taking away all your trophies

Falcao was inevitably the hero for FC Porto as his 17th goal of the competition earned André Villas-Boas's side victory against northern Portuguese rivals SC Braga in Dublin, and the UEFA Europa League title.

The all-conquering Liga champions' prolific strike force were enduring rare frustration as Braga defended with the cohesive strength they have made their own this term. Then, a minute before half-time, a rare lapse brought their downfall, Falcao applying the killer blow as he directed a header into the far corner. One moment just after the interval aside, when Mossoró squandered a golden opportunity, the result was never really in doubt from then on.

Braga went into their maiden UEFA club competition final as overwhelming underdogs, eclipsed by Porto in terms of European pedigree, form and silverware. Yet against a side they had met 131 times previously, Domingos Paciência's charges did not appear daunted by the odds stacked against them, quickly finding their shape going forward and, more so, back.

There were chinks of light before the drawbridge was fully lifted as Fredy Guarín and then Hulk lured men to the right flank before leaving them standing, yet both chances ultimately came to nothing. It was a sign of things to come; each time a Porto attack was repelled, the Arsenalistas' 11-man defensive wall grew thicker and higher.

Frustrations grew among the Porto faithful but after 44 minutes of hammering in vain at the front door they went around the back and found it unlocked. Guarín intercepted Alberto Rodríguez's loose pass out of defence, advanced 20 metres and curved in a cross from deep that found Falcao with time, space and the freedom of the penalty area. The Colombia striker needed no second invitation. It was all too easy.

A pained Paciência immediately rang the changes at the interval, bringing on centre-back Kaká and adding Mossoró to the attack. Porto apparently failed to notice, as less that 60 seconds after the restart the latter simply ran through them unopposed, dribbling into the box with only Helton and his nerves to overcome. He failed to beat either, a low effort allowing the goalkeeper, on his 33rd birthday, to get a boot on it.

In his final game as Braga coach, Paciência looked on in anguish. In his pomp, spearheading Porto's attack, he would not have been so indecisive, especially when openings were so rare. Indeed, although Alan ran himself into the ground to try and ensure otherwise, Braga never really threatened again as Villas-Boas became the youngest coach to win a UEFA club competition.

Porto claim the trophy for the first time since their 2003 UEFA Cup success. José Mourinho's side followed it up with the UEFA Champions League 12 months later but first for the class of 2011 is Sunday's Portuguese Cup final.

Final whistle... we are the Europa League champs!

Everybody wanted to get a hold of the trophy, stealing it from each other. Sapunaru the main culprit. 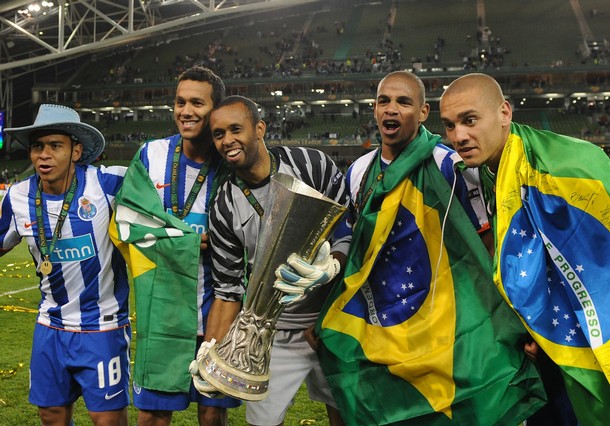 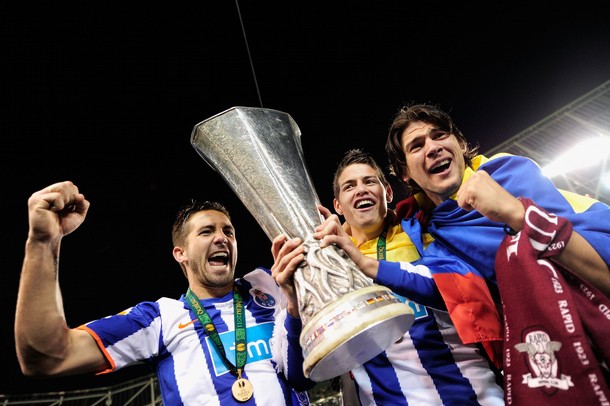 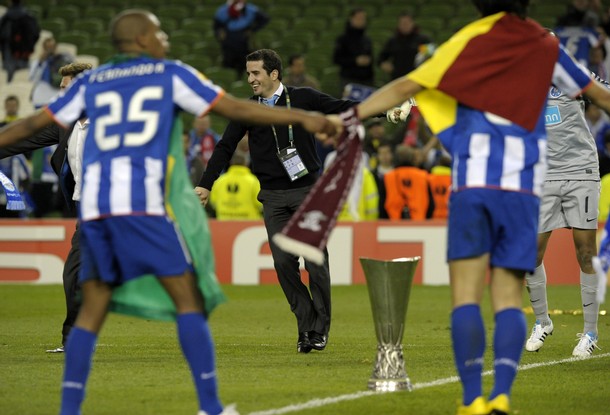 Go and spam away!