Wayne & Coleen Rooney's Phone Hacked By News Of The World 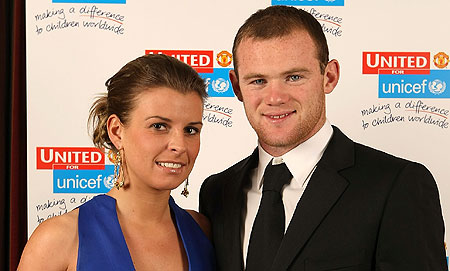 Wayne and Coleen Rooney are considering legal action against News Of The World, over the newspaper's involvement in hacking the pair's voicemails. Rooney's agent and lawyers are contemplating taking the paper to court, along with numerous other celebrities who've had their phones hacked by the paper...

Last year, News Of The World claimed Wayne Rooney had an affair with a prostitute, during his wife's birth of their baby son, Kai. Although the allegations were never proven, the Rooney family did not pursue the paper other than publicly stating that the publication was false. However, Wayne and wife Coleen both revealed on Thursday that Police from Scotland Yard had contacted them to show evidence that News Of The World had hacked their home telephone.

Wayne and Coleen had manifested themselves by their respective twitters: 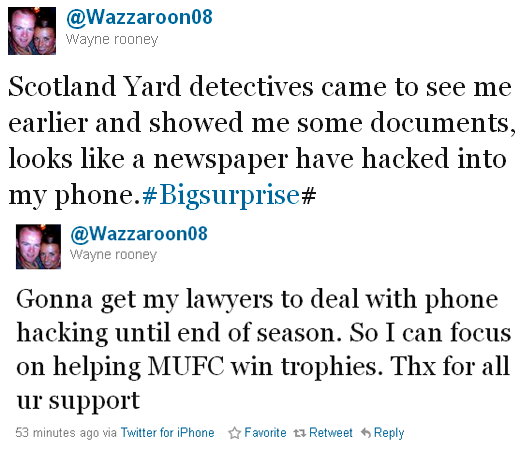 The Police and private investigations into phone hackings conducted by News Of The World has found numerous cases of well-known celebrities having their phones' privacy breached. Three journalists have so far been jailed for the offences, while the paper has set-up a fund of £20 Million to deal with the victims suing. The club is not expected to interfere in the matter, as it deals with a footballers' private life. Rooney's solicitors are dealing with the issue.

there you have your  "reliable source"