So, some country called Argentina had their national football team play some team known as the USMNT last night at the New Meadowlands Stadium to a sold out crowd and I happened to be in attendance.

Half of these photos are mine/my friends, the other half are media outlets; you'll be able to tell which is which, but sources are at the end.

I went to the game reppin our beloved injured Stu Holden with my jersey and homemade sign. (Side note: I came up with the idea, so the other one that was on twitter, I gave her the idea...didn't think she would take it since she had other ideas and didn't sound like she would but, you know, more love for Stuart, the better.)

So we got there, and our seats we're pretty awesome. We were three seats and an aisle away from the supporters section, which was amazing. There were tons of chants of U-S-A U-S-A U-S-A and I even participated. If you knew me irl, I am not patriotic at all, but this game brought my inner patriotism out of me. 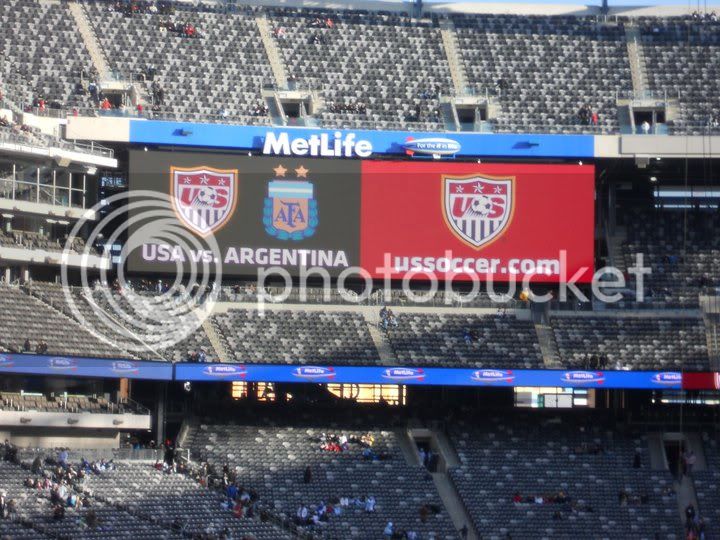 I got a shot of the bench and our new ~motto

Then Timmy graced us with his presence and started warming up 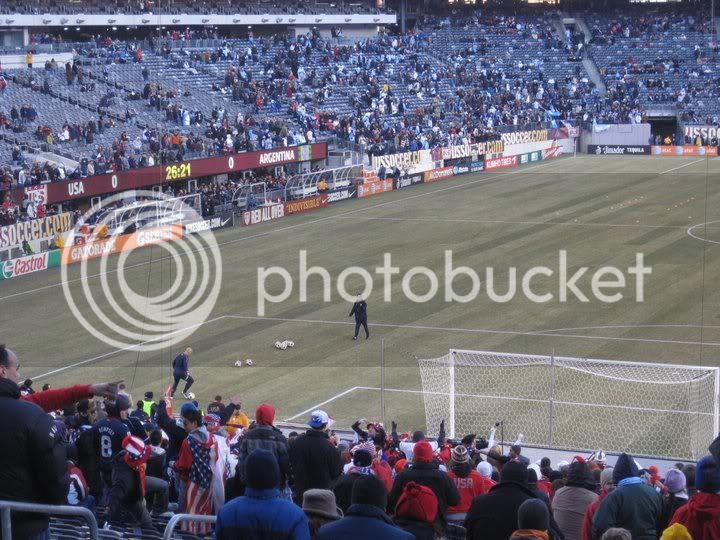 Everyone else decided that it was about time to join him since the crowd was getting anxious; I could tell these boys would be the starting 11.

All the boys ran back into the locker room so they could change and get ready, you know how the USMNT does it.

Meanwhile, the one asshole fan who was yelling during the moment of silence for Japan was silent for the rest of the night. I was so close to that guy, I literally felt sick to my stomach. Shortly after that though, the game began! 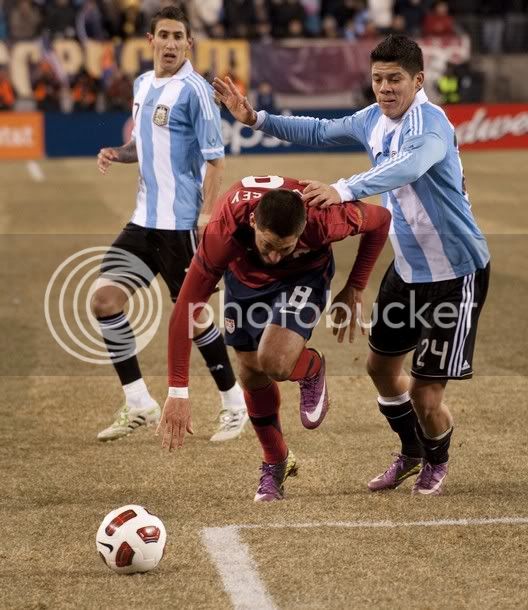 Wherever Messi was, Michael was. During the first half he had a tough time, but as the game went on he ended up guarding him well! 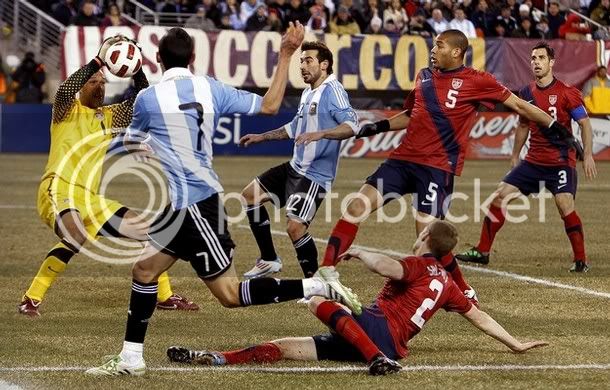 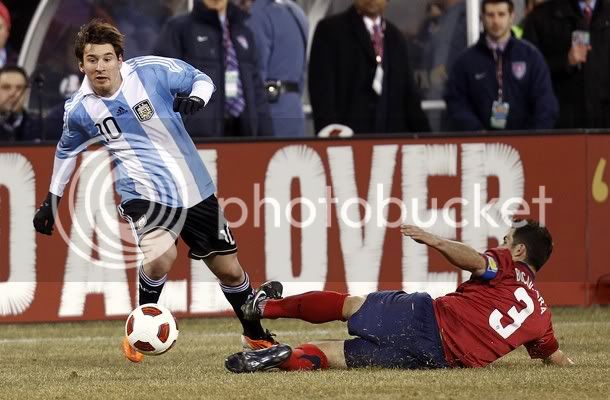 That's gonna hurt in the morning 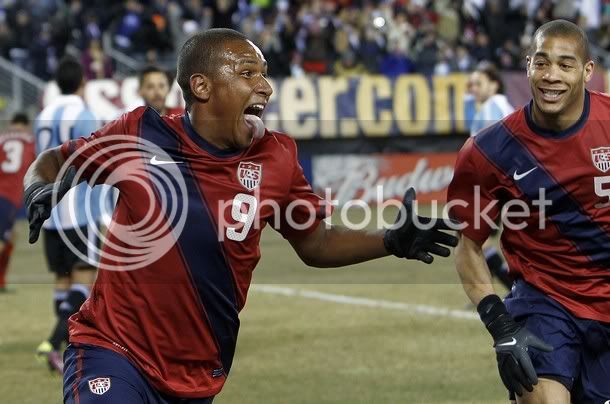 When this boy scored I literally lept out of my seat like my ass was on fire and screamed bloody murder; not only is he 18 years old, has scored 2 goals out of 3 international caps, and is adorable; but he grew through Red Bull Academy and plays for the best team in the MLS the NEW YORK RED BULLS.

Deuce being a bad ass; the sky is blue, the grass is green, etc. 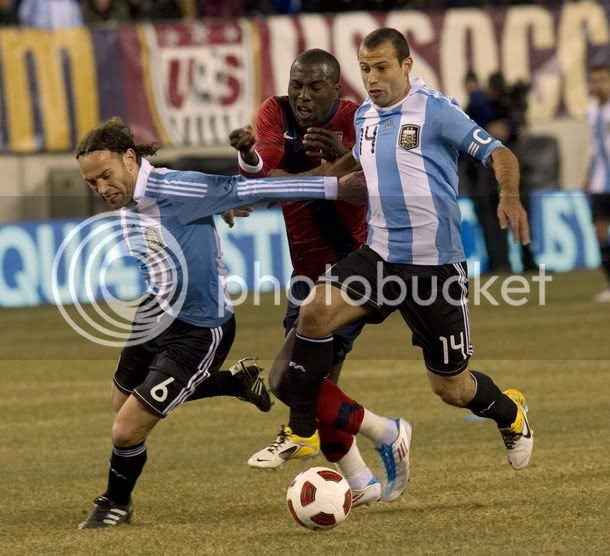 Boca and Deuce being bad ass, as per usual. Tell you one thing right now, I would not want to run into Deuce in a dark alley.

Landycakes getting a yellow for his fake tan.
IMO the first half was pretty much the Messi show, the formation Lord Voldemort Bob Bradley decided to use would have only worked if Stuart Holden was there (and trust me, we were definitely missing him.) The defense was poor, there were 5 mids, Lando and Gooch were having a pretty bad half imo. San Timmy was amazing, definitely man of the match for me.

The second half was just as AMAZING as Tim's saves; Voldy changed the formation so everything was working like a well oiled machine, bb Bradley slide tackled thin air at one point, Boca has the stamina of a gazelle, Agudelo is a gift sent from Hans Becke and Carlos should get all the credit in the world for his header/assist, Deuce and an Argentine started fighting, Boca got a card in the 91st minute, Michael Bradley got one as well as Landycakes. I kinda wish they dedicated the goal to Stu and stanky legged but you know, can't always get what you want, clearly.

What the boys thought of the game

ANYWAY THAT'S IT Deuce and Journey would like to tyfyt CAN'T WAIT TILL TUESDAY.