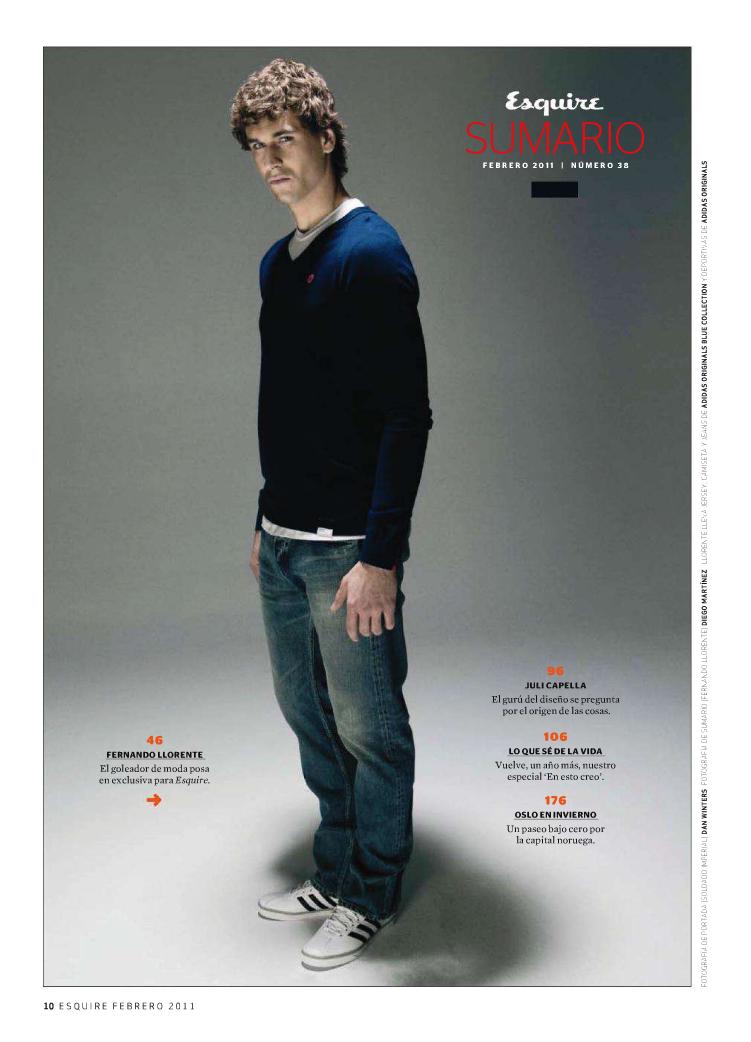 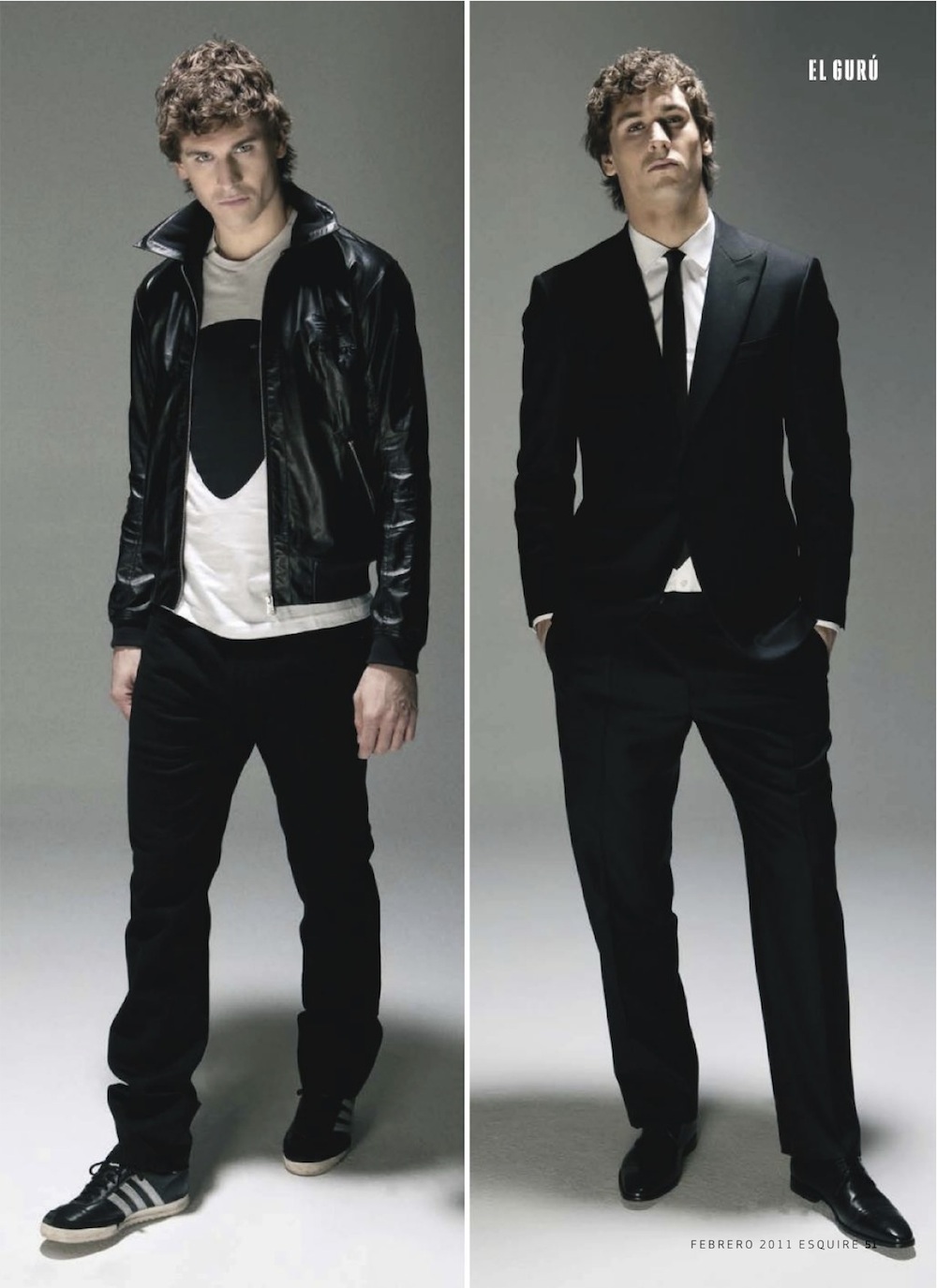 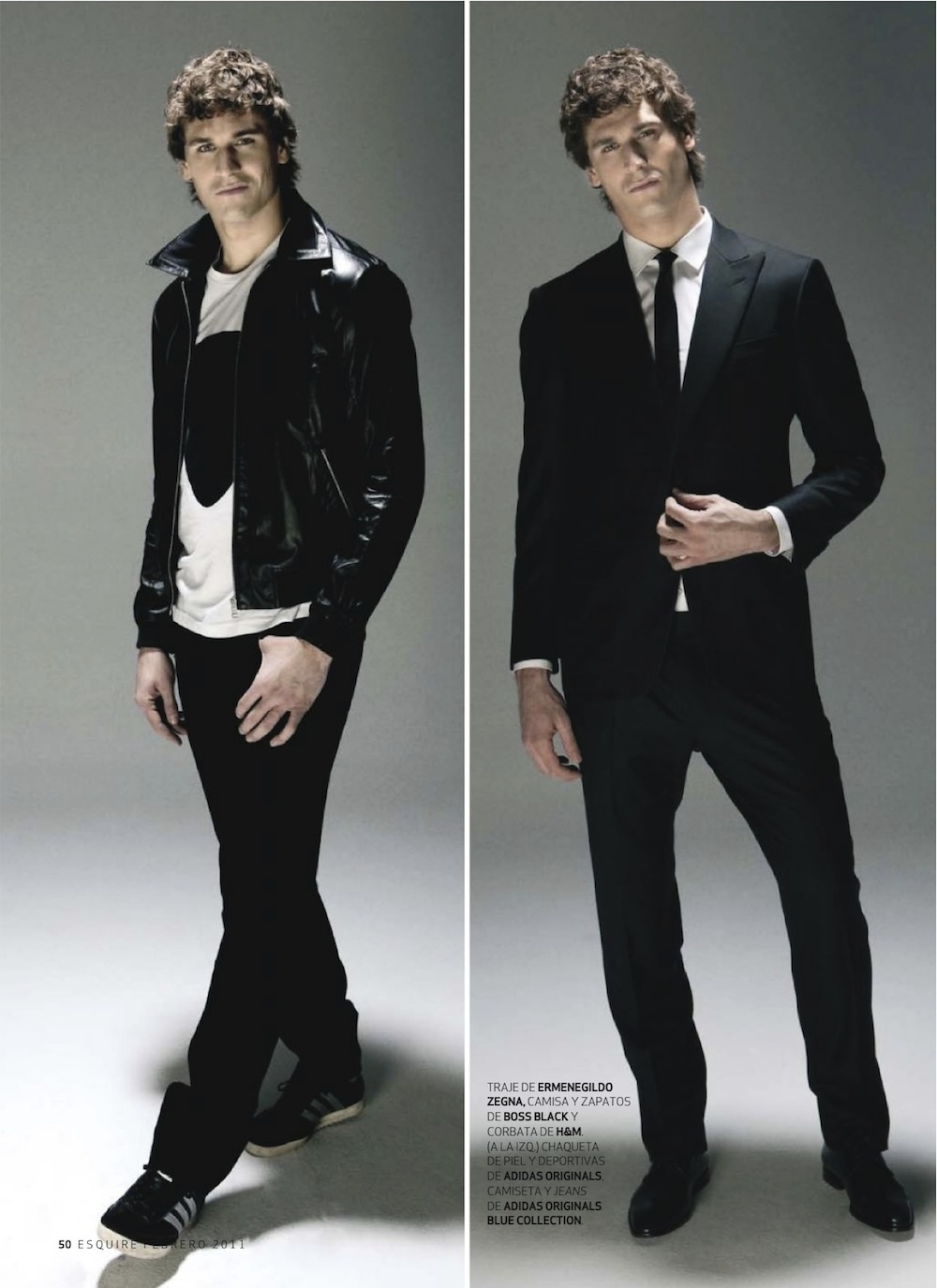 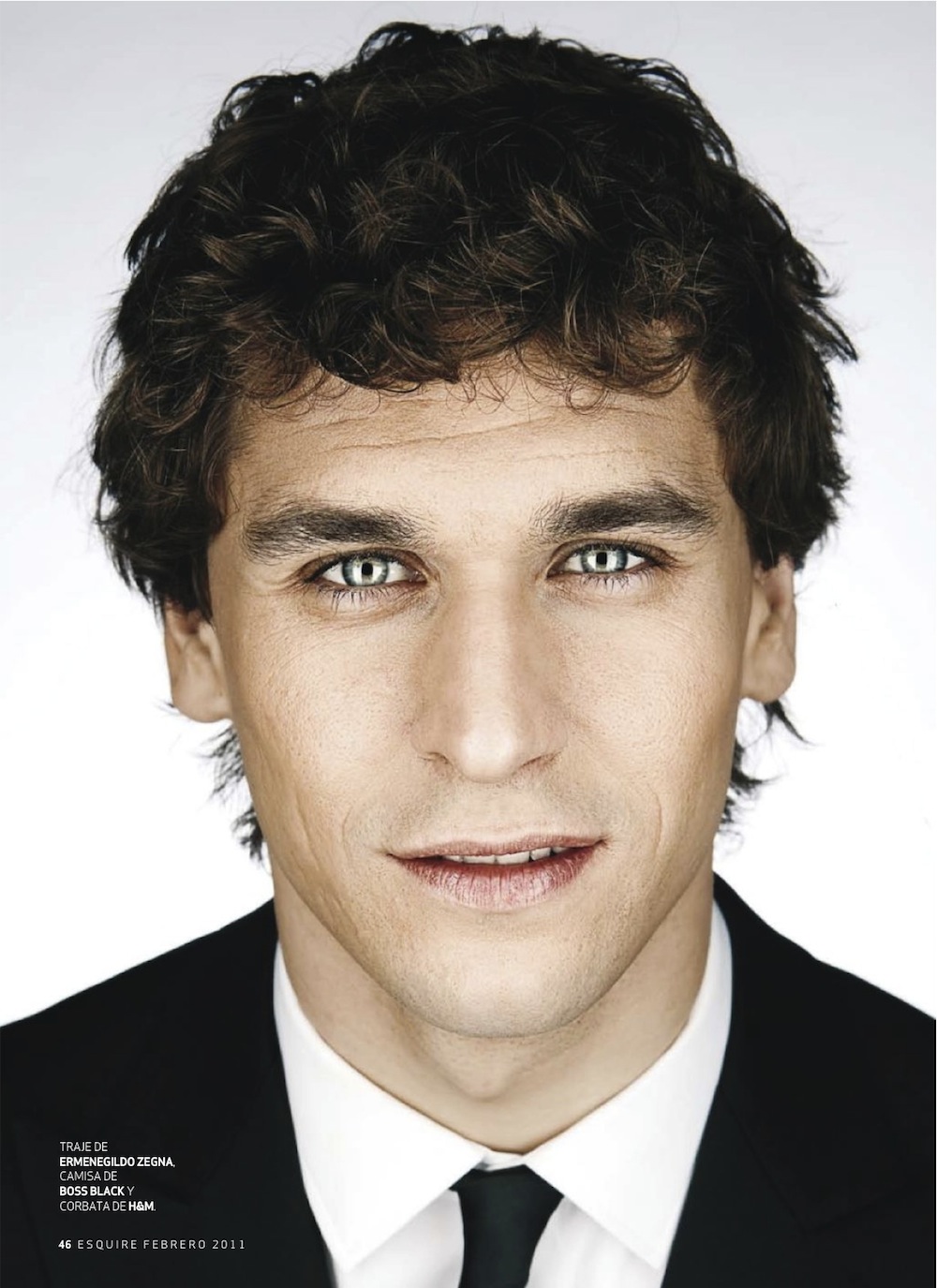 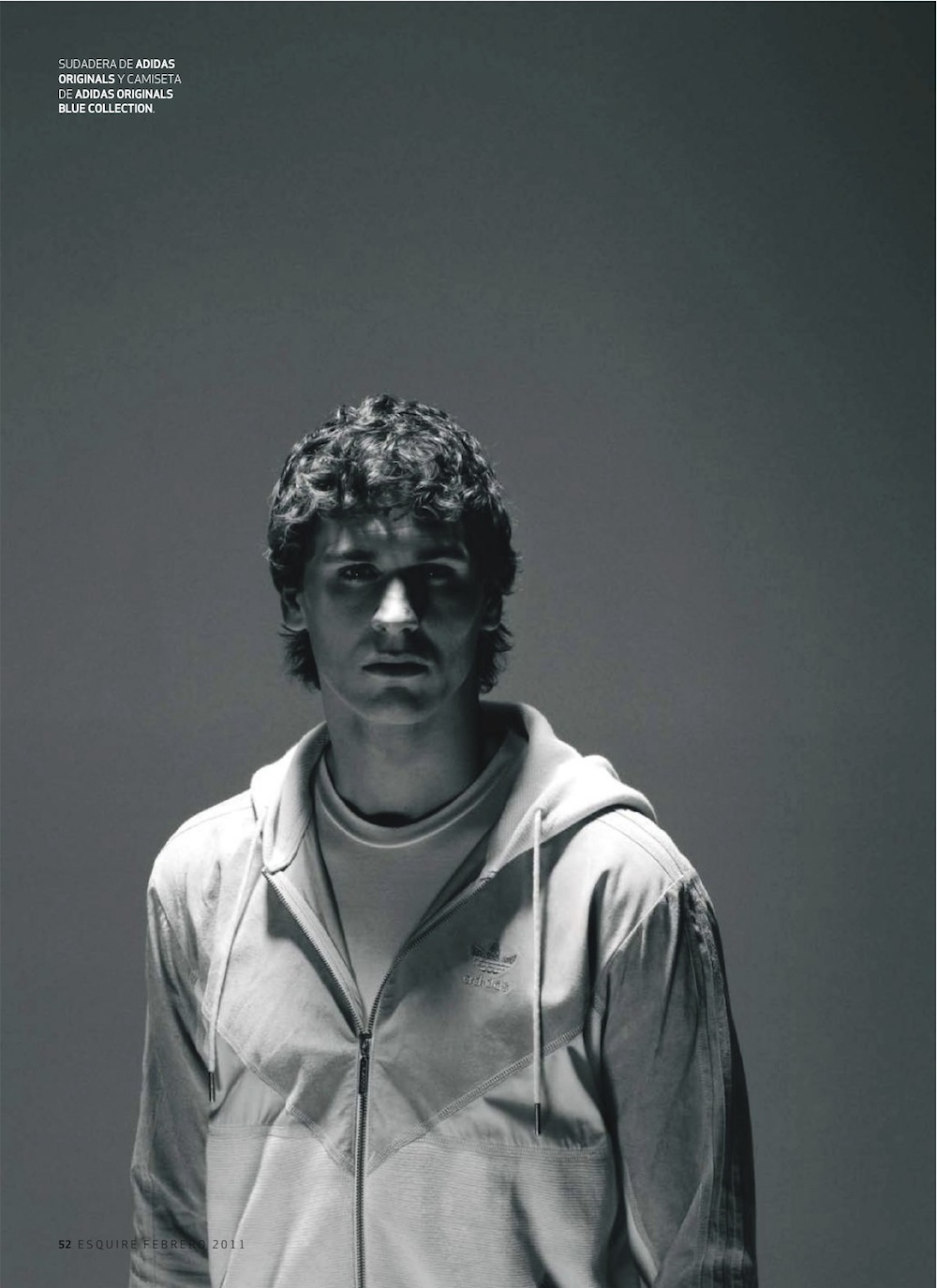 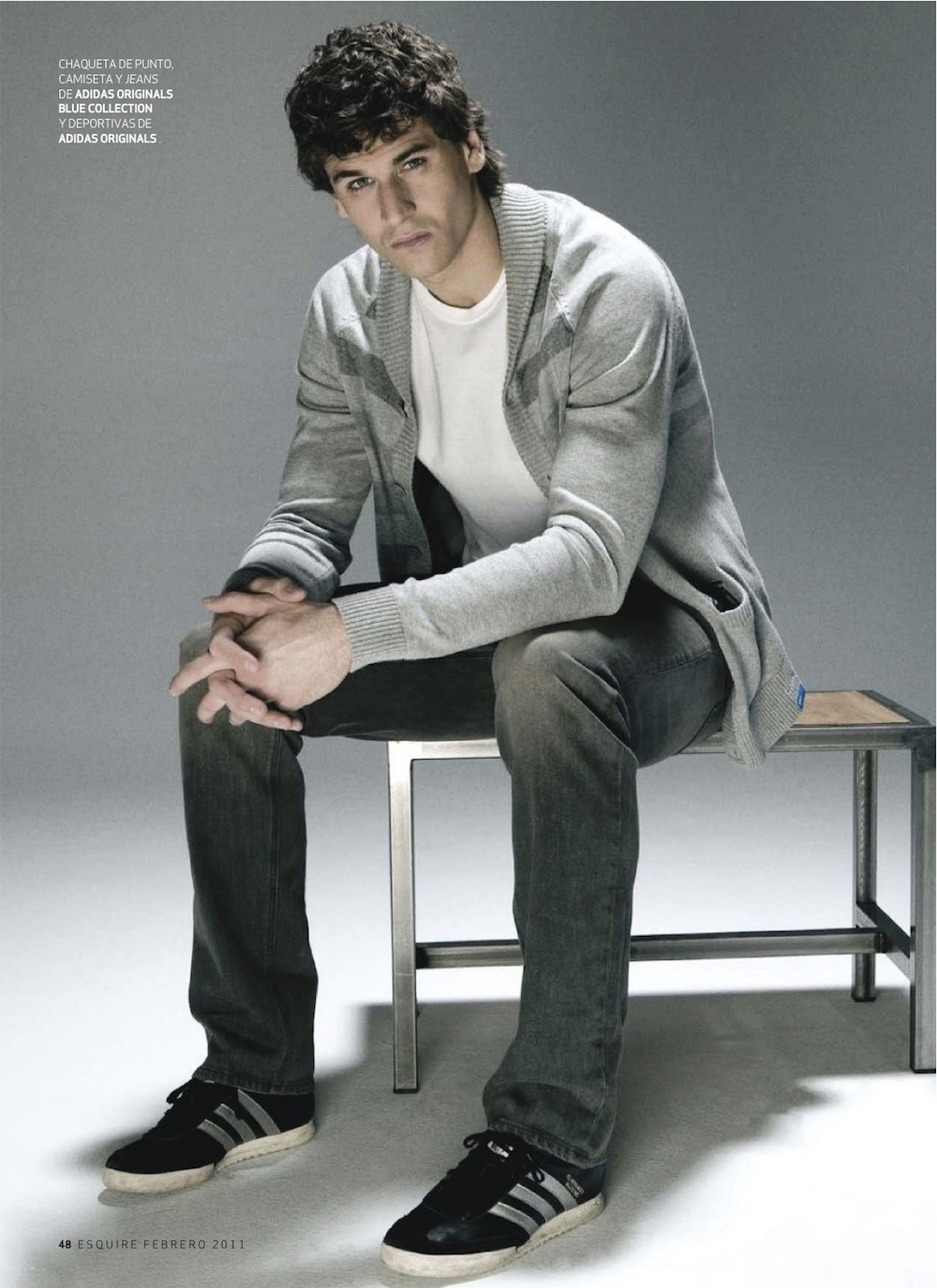 If you're interested, there were words to accompany these pics.

He was also in the February edition of Telva 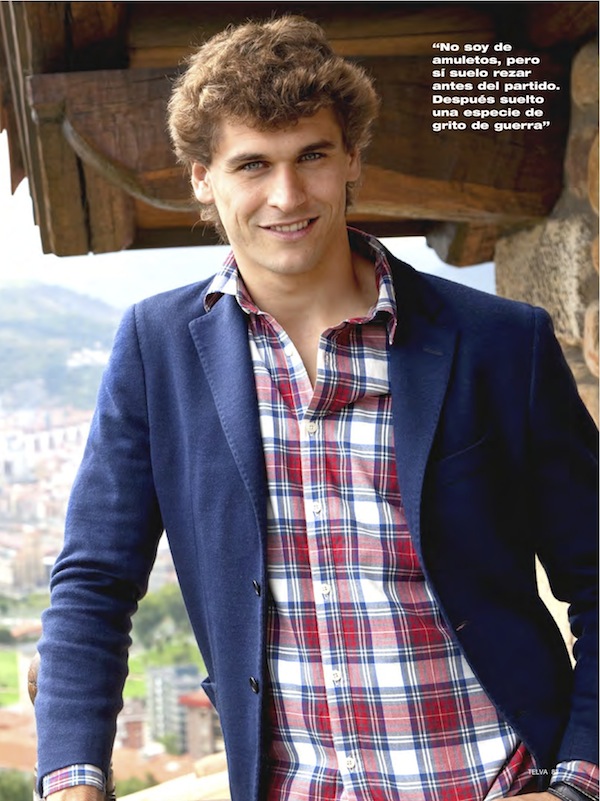 On taking English lessons: “....last year, we played in the Europa League and so we spent a lot of time outside of Spain. I couldn’t communicate with others, and so I felt really bad. That’s why I’m taking it seriously now: two hours of class a day.”


On how he takes care of his body: “I watch what I eat. I go to a naturopath and he recommended that I cut back on salt and eat a lot of rice – preferably brown rice – and to get my protein from fish.....when I was a kid I ate a ton of candy, but now I only eat them when I go to the movies…” 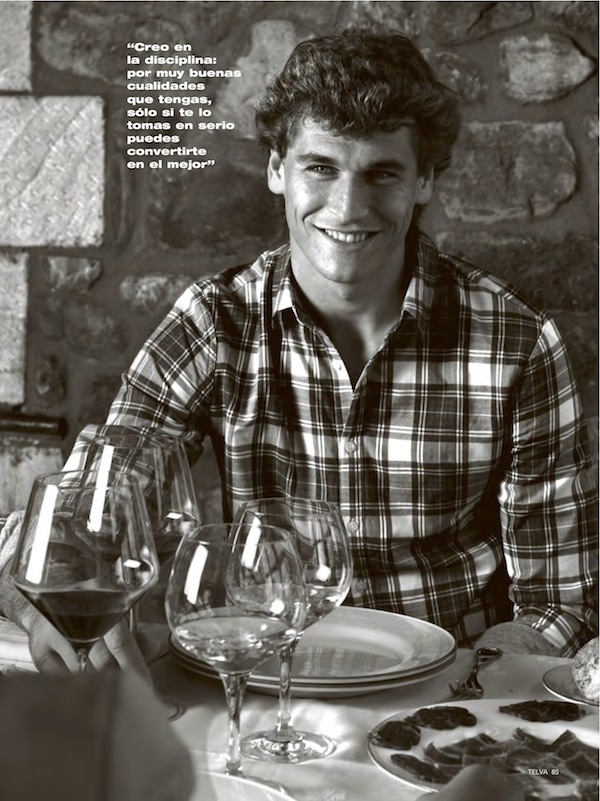 On his La Roja teammates: Sergio Ramos, the team’s “official DJ, who has a gift for picking the perfect song for each moment. We listened to Waka Waka a thousand times during the World Cup.” But it was Reina and Villa that Llorente spent time with in Ibiza during the summer: “Together, we’ve had some great moments. Reina is what you see, a showman; he has an amazing capability to speak to and win over crowds. It would be very difficult for me, since I get embarrassed easily. Villa is a great guy, and also very fun, he loves telling jokes.”

On how he spends his day: He trains in the mornings, goes home at 14h to eat lunch, takes a siesta, has his English classes in the afternoon and watches American TV series at night: “I’ve watched Lost, Prison Break, a bit of Heroes, The Vampire Diaries… ah! And I love Spartacus: Blood and Sand.” He also likes going to the movies, since it meets his requirements for anonymity, being dark: “I love buying a big box of popcorn and going to see a good action movie, such as Law Abiding Citizen, for example. Or Avatar.” I ask him if he’s one of those who dance in the clubs. His response is, “I’m not very good at it, but I do have a specialty: David Guetta.” 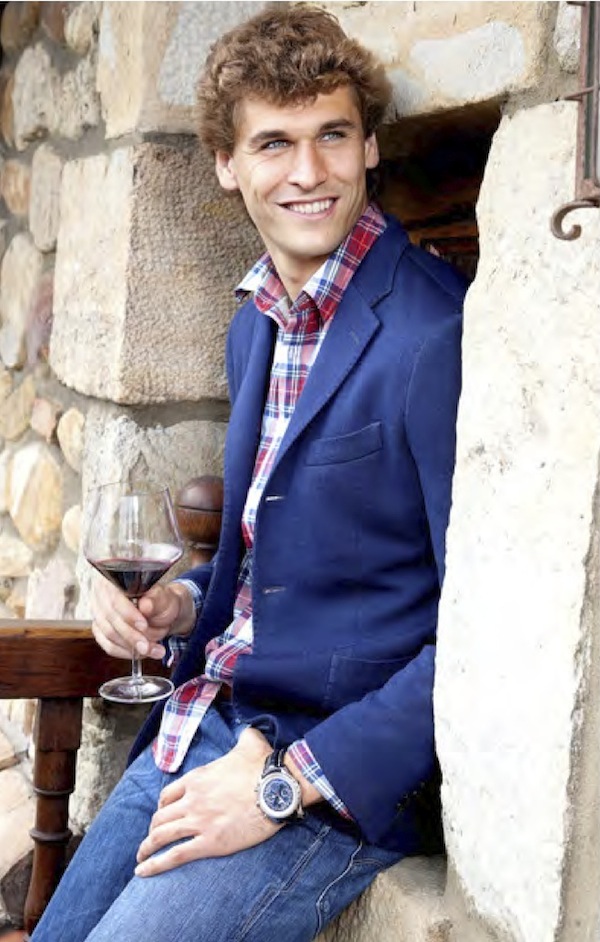 On his super secret girlfriend: The only things we know about her are that she’s from San Sebastián, that she’s a doctor, that they’ve been together for quite a few years and that it was she who sat next to Jesús in the stands in South Africa. Fernando says, “we met seven years ago in Bilbao, in Derio, the residence of Athletic. She came to study in Bilbao, and I was there.” I ask if it was love at first sight. He responds, “more or less. One week after we met, we began going out.” My next question is if he’s romantic. “Sometimes,” is the response. “Or, in other words, no,” I say. This leads to the first time he raises his voice: “I am! I give her gifts that I know she’ll like: her favorite dessert, a flower… Two years ago, I organized a surprise visit to New York.”