To get a real-time play-by-play of the game, CLICK HERE and then click on the game time (game page is not currently up)

Qatar
Hospitable hosts: Qatar are one of just two nations, alongside Iran, to have staged the competition twice (in 1988 and 2011). They will be joined by the UAE in 2019. 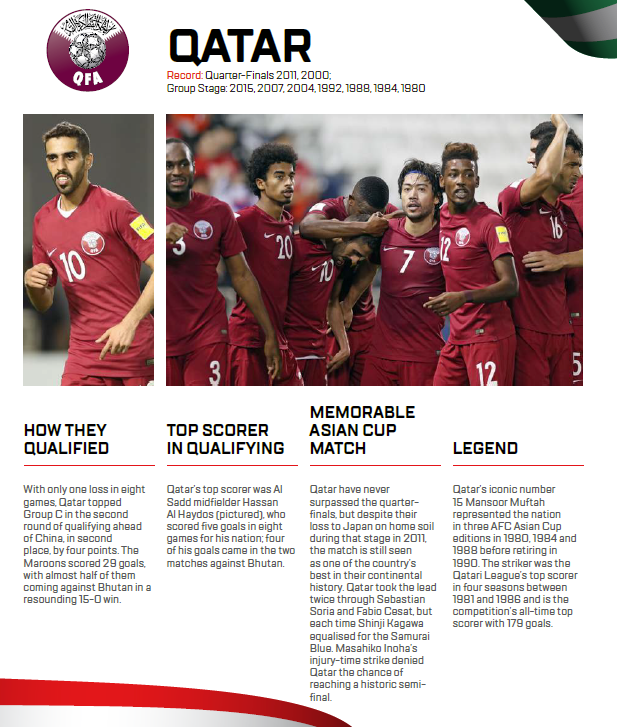 United Arab Emirates
Hot shot: Ali Mabkhout finished as the tournament’s top scorer four years ago after the striker netted five times on his country’s march to a third-place finish. 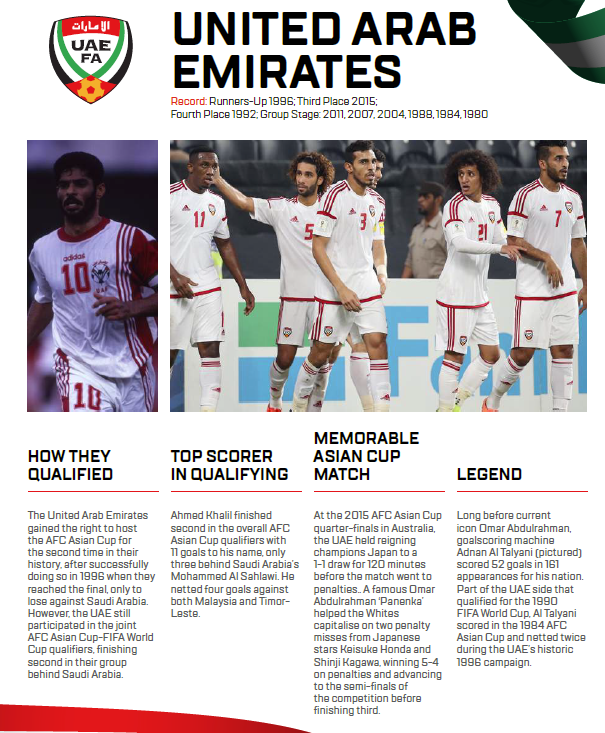 Winner of this game goes to the FINAL on FRIDAY, FEBRUARY 1st. Loser gets $1 MILLION (US) SMACKEROONIES and no 3rd/4th place consolation game.

[Tell Them What They Win, Don Pardo! aka CASH PRIZE AMOUNTS FOR ALL PARTICIPATING TEAMS]
No idea how this compares to the prizes for something like, say, the Euros, but I saw it and thought I'd include it.


Link to the OFFICIAL CUP PROGRAM PDF is HERE (click Save As, if you need to save on bandwidth)