As many of our readers know, rumors of German international star Thomas Muller going to Manchester United have doggedly remained. The Guardian has received an insider scoop from United's camp that talks were much farther along than any of us knew, but the final hurdles were just a bit too tall to overcome.

So why is Muller still at his home Bayern Munich? Sources close to the proposed deal claim his demands were.. rather steep and more than the club felt like indulging. They included:
- exclusive space and access to the nearest equestrian center for his wife, Lisa
- exclusive access to tee closest golf greens
- an inflatable bouncing castle for use on Tuesdays on the pitch
- signs that read "German team captains under the height of 175 centimeters not allowed to be put up when United plays at home during the Champions League

As you can imagine, van Gaal's patience was sorely tested. We are told he may make another effort when the transfer window in the summer, but is likely to be turned down when Muller learns he is not able to hang with the Queen's Corgis.

Maybe it's better for United to start wooing Lewandowski instead...
Source 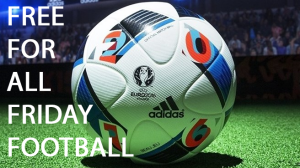 How was your week?
Collapse