Rafa Benítez signs his contract with Real Madrid. The new manager will stay with the club for the next three seasons. pic.twitter.com/JnIofYj6Eo

No tag for the Fat Spanish Waiter?

The biggest news story of the year was breaking, but the journalist responsible was fast asleep. 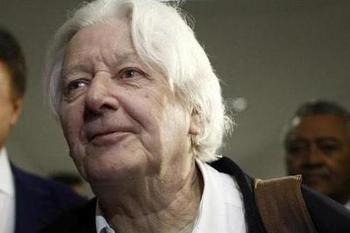 It was just after dawn on May 27 when Andrew Jennings’s phone began ringing. Swiss police had just launched a startling raid on a luxury hotel in Zurich, arresting seven top FIFA officials and charging them and others with running a $150 million racket. The world was stunned.

The waking world, that is. If Jennings had bothered to climb out of bed, he wouldn’t have been surprised at the news. After all, he was the man who set the investigation in motion, with a book in 2006, “FOUL! The Secret World of FIFA: Bribes, Vote Rigging and Ticket Scandals,” followed by an exposé aired on the BBC’s “Panorama” program that same year, and then another book in 2014, called “Omerta: Sepp Blatter’s FIFA Organised Crime Family.”

tyvm dude u can be my honorary granpa
Collapse