In some ways, it reflected the big red contradiction that is Bayern Munich. Corporate super-club with 20-plus years of mega-profits on the one hand. Community trust where the cheapest season ticket won't run you much more than 150 bucks on the other hand.

Watching Thomas Muller after the final whistle of the 6-1 Champions League victory over Porto on Tuesday was a reminder that top-end football isn't entirely about sanitized supporters with plastic flags in antiseptic stadiums, fanboys milked by televised sports entertainment hurling abuse from behind a keyboard, commercial directors who are more important than head coaches because revenue equals silverware, disconnected and spoiled superstars who are driven mostly by ego and zeros on a pay stub and, of course, that insufferable Gazprom ad that reminds us who really "lights up the football".

There is a very real and personal connection between player and supporter. It means something. Following the win, the Bayern team lined up on their knees in front of the club's ultras. Muller grabbed a megaphone and scaled the fence, leading them in celebration, in among the fans. 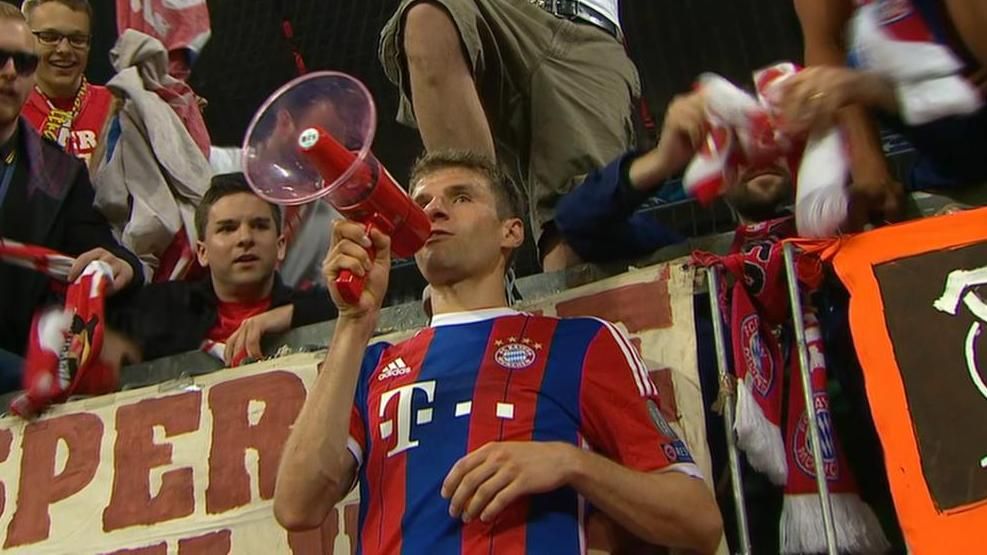