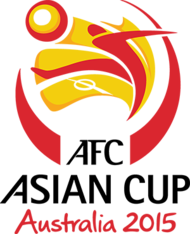 Losers of today's match will play Iraq in the 3rd/4th place too-bad-so-sad-you-lost consolation game on Friday, January 30th, while the winners will play South Korea in the final on Saturday, January 31st.  Wednesday and Thursday are travel/rest days.

The world’s most popular search engine, Google, will incur the wrath of Tottenham Hotspur fans everywhere with the team a punch line for a dictionary definition.

If one was to search the word 'lackadaisical' lin the search bar, a dictionary definition reads: 'lacking enthusiasm and determination; carelessly lazy'.

All pretty standard fare, but just below it has the term as it would be used in a sentence. It states: "a lackadaisical defence left Spurs adrift in the second half".

The entry isn't the fault of Google, however. They get their definitions direct from Oxford Dictionaries, published by Oxford University Press.

An Arsenal fan might have been behind the ruse - or perhaps an exasperated Spurs fan...

It is no exaggeration to say that James Rodriguez has had a year he is unlikely to forget. The man from Cucuta, Colombia, who is still only 23, achieved things that many top players can only dream of. First he dazzled at the FIFA World Cup™ in Brazil, where he finished top-scorer, then he secured a dream move to Real Madrid.

“I always longed to be where I am today,” said the winner of the FIFA Puskás Award for best goal of 2014. That accolade, playing every week with Cristiano Ronaldo and his longing for a homeland he left as a teen are among the topics the Merengue attacking midfielder discussed with FIFA.com.