The team scores as they stand 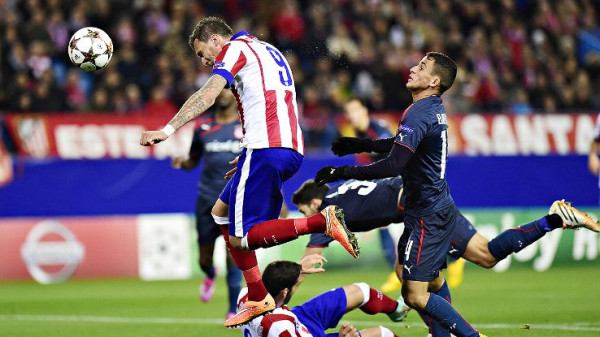 MADRID, Spain -- If familiarity breeds contempt, then nobody told Atletico Madrid. The Estadio Vicente Calderon saw it all and then some last season, and it bounced and boiled again as their side tore apart Olympiakos to secure safe passage to the last 16 of the Champions League, the competition which they came within a heartbeat of winning last May in Lisbon.

While performances since the start of the season have shown the spirit instilled by Diego Simeone is alive and well in a considerably tweaked squad, then the emphatic results of the last five days (taking in this recital and Saturday's impressive win over Malaga) suggest they have nurtured and maybe even developed the brutal side of their character. This was certainly the way the evidence pointed on another heady night at this noisy arena.

Atleti were relentless, enterprising and pitiless to the extent of continuing to steamroll the visitors even after they were well beaten. Unlike another recent shooting star of the Champions League, Borussia Dortmund, this side built on counterattack showed it has little problem taking the game to opponents.


Fifty million matches, as usual. Will you be watching?
Collapse