The Fifa president, Sepp Blatter, says there are ‘grounds for suspicion that international transfers of assets with connections to Switzerland took place’. Photograph: Harold Cunningham/Getty Images

In a further twist to its farcical attempt to deal with corruption allegations surrounding the 2018 and 2022 World Cup bidding race, Fifa has lodged a criminal complaint against certain individuals involved with the Swiss authorities.

Fifa’s president, Sepp Blatter, lodged the complaint at the behest of the German judge Hans-Joachim Eckert, whose summary of Michael Garcia’s 430-page investigation was disowned by the American attorney. The full report will be made available to the Swiss attorney general in Berne, who will decide whether criminal charges should follow. 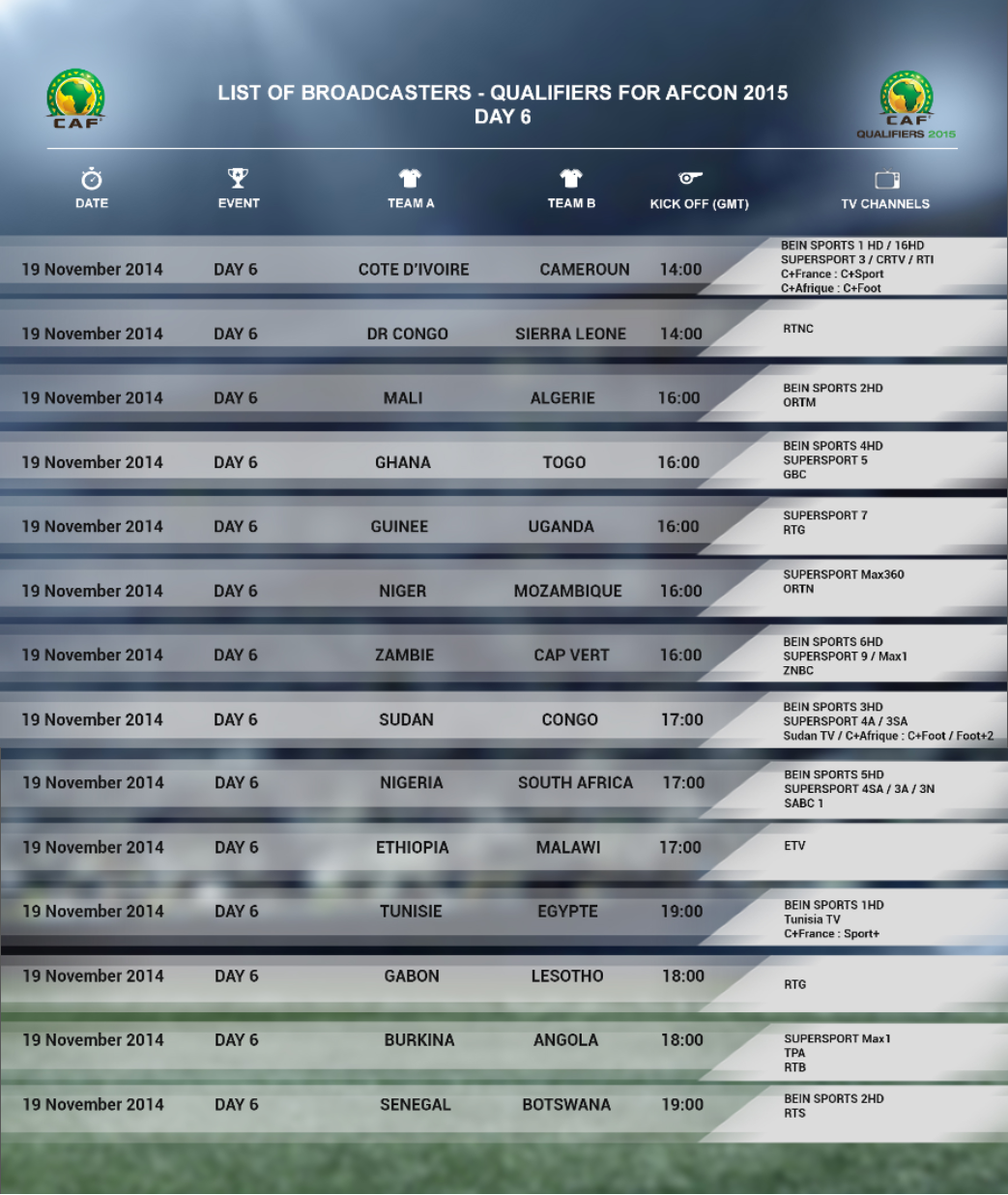 Times are GMT. Click to enlarge. First set of games kick off at 2:00PM GMT.

The following countries are already qualified for AFCON 2015: Cape Verde, Algeria, Tunisia, South Africa, Cameroon, Zambia, Burkina Faso, Gabon, Senegal.  Morocco had to forfeit their bye with the AFCON 2015 location change to Equatorial Guinea, from what I understand. Not sure if Equatorial Guinea is taking their spot or if they are still disqualified. ¯\_(ツ)_/¯ Half child and half superhero, the official UEFA EURO 2016 mascot has been unveiled! And apparently, it is up to the fans to choose his name!

Should it be Driblou, Goalix or Super Victor? Proceed here to vote for your personal choice.

So what do you guys think? Yay or nay?
Source
Collapse