I didn't see a post about the FA Cup so I hope it is alright to leave this here. The BBC are going to be covering some of the matches as well, presumably more when the bigger clubs get involved a bit later on.

Kick Off No. Home Away

OP note: Hi, mods! I hope this is OK! Could we have an FA Cup tag please? Thank you! 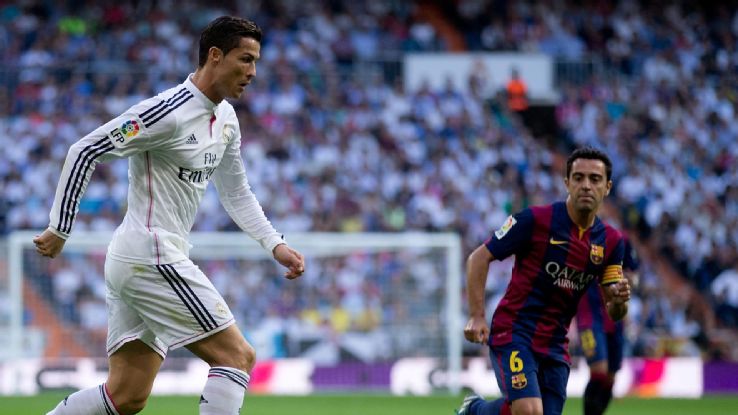 La Liga giants Barcelona have produced more footballers currently playing in Europe's top leagues than any other club, according to new research by the CIES Football Observatory.

There are 43 different players who have come through Barca's La Masia academy currently plying their trades in the "big five" of Spain's La Liga, the English Premier League, German Bundesliga, Italian Serie A and French Ligue 1.

Manchester United come second in the rankings with a total of 36 players developed, followed by Real Madrid [34], Olympique Lyon [33] and Paris Saint-Germain [27].

Barca's total includes 13 players currently at the Camp Nou, as well as 30 playing elsewhere including Chelsea's Cesc Fabregas, Bayern Munich's Thiago Alcantara, Porto's Christian Tello and Stoke City pair Bojan Krkic and Marc Muniesa. The Catalan club's youth development facilities and coaching is widely admired, however their failure to comply with recruitment regulations has led to FIFA imposing a 12-month transfer ban upon them which is currently in force.

Relatively smaller clubs who have produced many top players include Rennes [24 in total], Lens [22], Atalanta [22], Espanyol [21] and Montpellier [21]. The highest ranked non-European producer of talent for the big five leagues is Argentine outfit River Plate.

While Arsenal have managed 22 -- 15 of which are playing at another "big five" club -- other English clubs Manchester City, Chelsea and Tottenham have produced just 12 players each in total, the same number as La Liga's Rayo Vallecano and Ligue 1's Guingamp.

The International Centre for Sports Studies (CIES) is an independent study centre created in 1995 as a joint venture between FIFA, the University of Neuchatel, the City and State of Neuchatel.

Because this week, we have the competitive cup competitions taking place!

The official emblem of the 2018 FIFA World Cup in Russia has been unveiled in Moscow and by the cosmonauts at the International Space Station.

The logo was then projected onto the iconic Bolshoi Theater building in the heart of Russian capital, Moscow.

Blatter, who saw the logo before the show, said that he liked it very much as it reflected the heart and soul of Russia as well the country’s cultural traditions, TASS news agency reports.

In his earlier interview with FIFA’s official website, Mutko, said that "winning the right to host the FIFA World Cup was a dream come true for millions of Russians."

"To creatively capture the essence of this remarkable historic moment inspiration was drawn from both Russia's rich artistic tradition and its history of bold achievement and innovation," he said. "I hope that fans around the world will appreciate and love the Russia 2018 emblem.”
( Collapse )
Collapse