A friend is in Germany. And wants to watch el Clasico on the weekend.

What is the stream Germans use to (legally) watch games? Do any of you know?

Brendan Rodgers expresses his feelings on his team's performance, as well as Balotelli's behaviour at half-time during the post-match interview.

(For more analysis and criticism on their defence and performance last night + "Where is it all going wrong for Liverpool": Source)[Unfortunately I couldn't embed this video linked in the article so thank you Youtube. Also my first post on here. Yay!]

Dunga has named Luiz Adriano, scorer four goals in Shakhtar Donetsk's 7-0 Champions win over BATE Borisov earlier this week, in his squad to face Turkey and Austria later next month. His Shaktar team mate Douglas Costa is also in the squad, alongside recalled Paris St Germain pair Thiago Silva and Lucas. Neymar will remain the captain despite Silva's return.

Kaka, Robinho, and goalkeeper Jefferson are among those who dropped out. Dunga said some Brazil-based players were left out because the friendlies take place at the same time as important domestic fixtures.

Brazil will face Turkey in Istanbul on Nov. 12 and then travel to Austria for a match on Nov. 18.

LOL @ banning ipads/caps (if it's true)!? I guess we'll see if Neymar will really part with his cap ...

ladya_sama and I were discussing footballer hairstyles and she proposed that we do a post on one of the non-match days.

Since the CL has finished for the month, and league matches are on Saturday, why not enlighten ourselves with a silly spam?

So, here are some of my picks:


Well, no hair post is valid without some Argentinians.

Demichelis in May (ugh).

Gago (he looks so shady).

Nainggolan has the worst hairstyle, hands down. Back when he was The Invincible Torres.

Who are your picks, ONTD-Football? Baldies are also welcome. So, spam away! 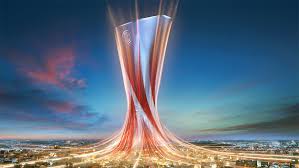 The secret is out: Barça's new training approach for El Clasico

Oh, Mou ... can't help but love your sassy self. ;) Regarding El Clasico, do you guys think Suarez will play/start??

Originally hailing from Watford and a Hornets fan by trade, a new father from Manchester has accepted that he will probably be powerless to prevent his baby from growing up supporting one of the city's big two teams and, as such, is now auctioning off his seven-month-old son's club allegiance in the name of charity.

Ian Charters, 30, has posted the rather unusual listing on eBay, which will see the winning bidder allowed to choose which Manchester club, United or City, little Eddie will grow up to follow.

Any money raised will be donated to Bliss, a charity that provides support for premature and ill babies -- a cause close to Ian and his wife Jo's heart.

Eddie was born six weeks early and subsequently struggled with jaundice, weight issues and problems with his digestive system while spending the first few weeks of his young life in Stockport's Stepping Hill Hospital. Writing in the listing details, dad Ian has vowed to buy Eddie a football top and matching curtains in the winning team's colours, take him to as many matches as possible and generally "do the best he can" to make sure the little boy "doesn't end up supporting the other team."

"I live in Greater Manchester, but originally come from down south so I have no affiliation with either of the Manchester clubs," Ian told the Manchester Evening News. "I'll be fighting a losing battle trying to get my son to support my team. Frankly, I wouldn't want to inflict that on the poor child anyway."

Now there's a sentiment most football-obsessed parents can sympathise with.

awwwww lol. this is qt and a little sad, but for a good cause. Also, it seems like the father is going to be taking on the $£€ of taking his kid to premier league games @__@

My favourite tag that I got to use on this poast was "buying shit".
Collapse