Thibaut Courtois made his mark at Racing Genk as a teenager and was subsequently picked up by Chelsea as a 19-year-old. Photograph: STR/AFP/Getty Images

It is, in many ways, a small miracle that Thibaut Courtois has made it all the way to being one of the best young goalkeepers in the world. In May the 22-year-old played in the Champions League final, in the summer he went to the World Cup with Belgium, this season he has ousted Petr Cech at Chelsea, and On Sunday he faces by far his most daunting challenge as José Mourinho’s No1 when Chelsea face Manchester City at the Etihad. Yet those who knew him as a young boy will perhaps wonder how he ever managed to get to the top.

Swiss Ramble has published on Arsenal!

AND THERE ARE GRAPHS AND SHIT PEOPLE 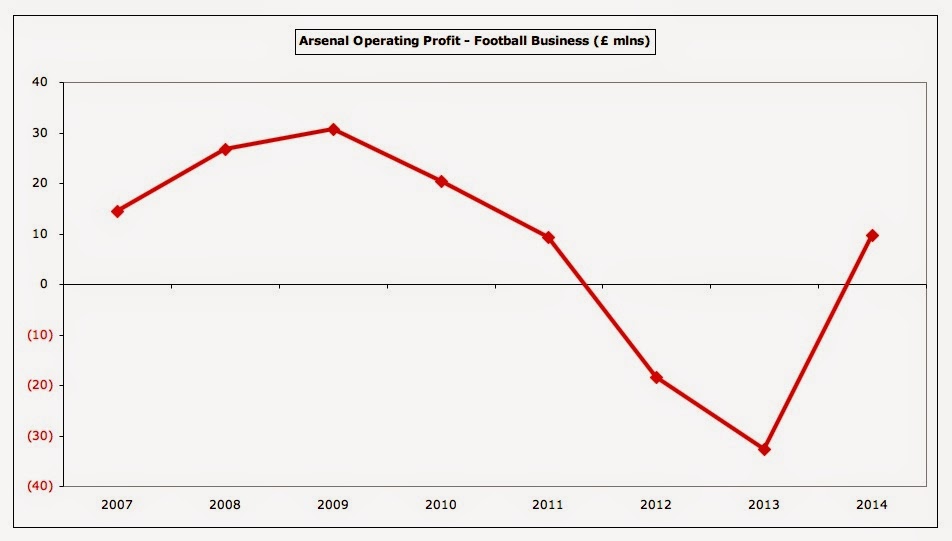 Does Manuel Neuer want to play outfield that badly? (Of course, he does!)

Bayern Munich succumbed to a disappointed goalless draw with Hamburg after their much changed starting XI beat Manchester City in the Champions League days earlier.

With his side lacking creativity, Manuel Neuer - who was dubbed the 'sweeper-keeper during the World Cup - decided to take matters into his own hands... or feet.

After already removing the shackles on numerous occasions, Neuer went yet another 'Monk-like' run only to be caught out on the halfway line resulting in a booking for handball.

Thankfully for Neuer, the opposition's shot is absolutely rubbish.

King ruling the pitch, sweeping aside common folk to do as he pleases.

All is well again in the Crismes bromance! After kicking him out of his group the other day, this time Cristiano dragged James by hand to the team ...

A top Fifa official announced today that he does not think that the 2022 World Cup will not be held in Qatar because of the scorching temperatures in the Middle East country.

“Medics say that they cannot accept responsibility with a World Cup taking place under these conditions," the former German football chief added.

"They may be able to cool the stadiums but a World Cup does not take place only there," Zwanziger said. Qatar has insisted that a summer World Cup is viable in the country thanks to cooling technologies currently in development for stadiums, fan zones and training areas, but there is still widespread concern over the health of players and visiting supporters. Average summer temperatures in the emirate nation surpass 38 °C (100 °F) and often approach 47 °C (117 °F).

"Fans from around the world will be coming and traveling in this heat and the first life-threatening case will trigger an investigation by a state prosecutor,” Zwanziger added.

"That is not something that Fifa Exco members want to answer for."

I wish they bring it back to the Asia-Pacific, maybe Australia. My sleep will not get sacrificed then!
Collapse