Arsenal opened the scoring when Welbeck put Mesut Ozil through on goal and the German slotted home calmly.

Ozil repaid the favor by crossing for Welbeck to sidefoot in from close-range as the England striker scored for the first time in 16 club games.

Villa defender Aly Cissokho turned a Kieran Gibbs shot into his own net and the Midlands side failed to recover.
( Collapse ) 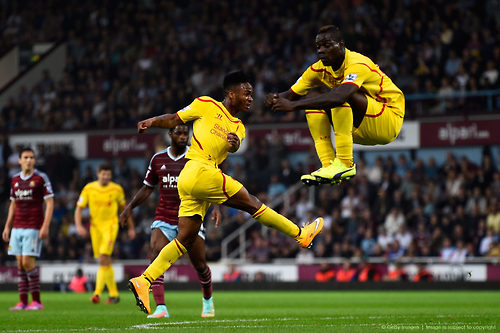 Early goals from Winston Reid and Diafra Sakho proved too much for the visitors, who pulled one back through Raheem Sterling before the break.

However, Hammers keeper Adrian made a succession of saves and Morgan Amalfitano wrapped up a first home win for West Ham in the 88th minute.