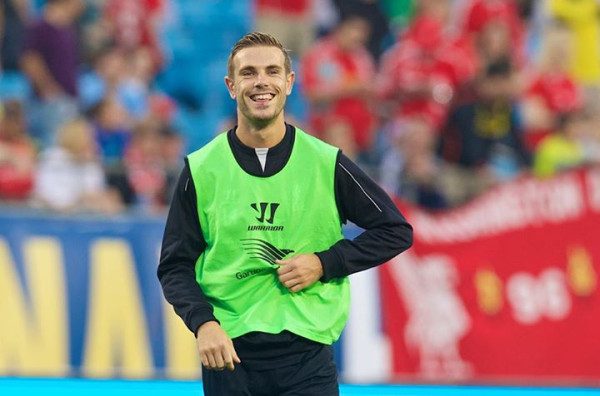 Jordan Henderson has been named the new vice-captain of Liverpool Football Club.

Little more than three years after he joined the Reds from Sunderland, the combative and energetic midfielder was today confirmed by manager Brendan Rodgers as Steven Gerrard's deputy.

The senior England international, who has made 136 appearances for the club and scored 13 goals, assumes the role following the departure of Daniel Agger last month.

Henderson was a central figure in Liverpool's battle for the Barclays Premier League title last season, missing just three matches and those due to a suspension late in the campaign.

Having helped Rodgers' team to a second-place finish, the 24-year-old will experience Champions League football for the first time on Tuesday night - also his maiden game as vice-captain - at home to Ludogorets Razgrad.

I still miss Agger, but we have to move on. Henderson seems like a great choice!

After a disappointing start into the new season Hamburger SV sacked their coach, Mirko Slomka.

No statements yet from the club, but all the sports channels in Germany announce the news. Will be interesting to see who will coach the club in the future.

If you ask me, whoever it is, he will need nerves of steel.
Collapse