Xabi Alonso celebrates scoring against France in the quarter-finals of Euro 2012, the third tournament he won with Spain. Photograph: Carl Recine/Action Images

Xabi Alonso was on the verge of joining the German champions, Bayern Munich, in a deal worth around £8m (€10m) on Wednesday night.

Bayern’s manager, Pep Guardiola, turned his attention to Alonso after the departure of Toni Kroos and the knee-ligament injury suffered by Javi Martínez. Alonso had two years left to run on his deal at Real Madrid and he turns 33 in November. His salary in Germany will be similar to what he was earning at Madrid.

Throughout last season Madrid’s coach, Carlo Ancelotti, insisted repeatedly on Alonso’s importance for the side. He missed the Champions League final through suspension after picking up a booking in the semi-final. In his absence, Madrid rarely functioned with the same fluidity. Yet, at boardroom level, the approach from Bayern Munich was welcomed.

The arrival of Kroos brought competition for Alonso, even if Ancelotti at first appeared likely to play the two together. But as discussions continued, Alonso did not play for Madrid in their opening league game of the season against Cordoba on Monday. Alonso was one of four deep-lying central midfielders along with Kroos, Asier Illarramendi and Sami Khedira, while the arrival of James Rodríguez increased the number of midfielders further, nudging him closer to a departure.

Anyone else watching the draw?


You can replay the draw.. 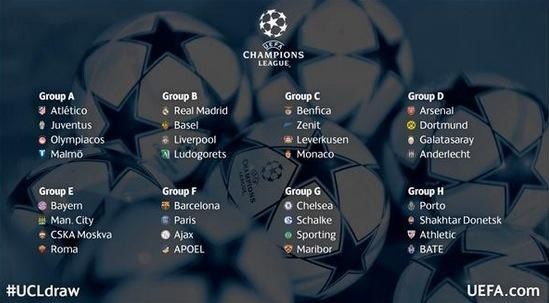 ROONEY IS CAPTAIN! ROONEY. IS. CAPTAIN. OF ENGLAND.

And England squad for Euro qualifiers has been announced!

Michel Platini will not stand against Sepp Blatter for Fifa presidency.

Manuel Almunia is expected to announce his retirement after a heart condition that can cause sudden death was detected at a routine medical. The former Arsenal goalkeeper was close to joining Cagliari earlier this month as a free agent having played the past two years at Watford. However, The Serie A club abandoned the signing of the 37-year-old after an examination revealed a heart problem.

Chelsea suffered an injury scare in training on Wednesday after Diego Costa pulled up with a hamstring injury, though the severity of the strain remains to be determined.

The Spain international, a £32m signing from Atlético Madrid this summer, will undergo further tests at Cobham and while the initial prognosis appeared grim, there are hopes the injury will not prove as severe as first feared.

AND THE BIG ONE: FCB 'OPTIMISTIC' ABOUT XABI ALONSO.

“It is correct that we are in friendly and final talks with Real Madrid and will hopefully reach agreement in the next day or two,” Dreesen continued. Alonso will come to Munich in the course of the day for the obligatory pre-transfer medical. Dreesen also stressed that FCB are keen to sign Alonso outright and are not seeking a loan deal for the player.“We believe it is necessary [to sign Alonso] for our team, to meet the requirements of our fans and the club as a whole,” commented board director for sport Matthias Sammer. “It was a purely sporting decision to help us immediately and raise our quality. Alonso’s constitution means he is capable of playing at the very highest level for at least another two years. We’re optimistic, and our squad will be in very, very good shape.”

The defensive midfielder joined Madrid in 2009 and collected a Champions League winners’ medal in May this year. He previously spent five years with Liverpool and Real Sociedad, interrupted by a year with SD Eibar. He made 114 appearances for Spain, winning the 2010 World Cup and the Euro in 2008 and 2012. He announced his retirement from the international game after Spain’s group stage exit from the 2014 World Cup in Brazil.


BROUGHT TO YOU BY NONE OTHER THAN BAYERN MUNICH. 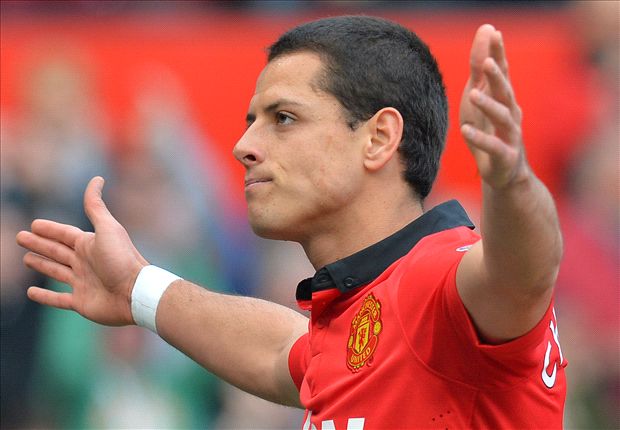 EXCLUSIVE: Red Devils executive vice-chairman Ed Woodward held talks with the Mexican striker and told him that he has no future at Old Trafford

Manchester United forward Javier Hernandez has been told he is surplus to requirements and can leave the club in the next few days.

The Mexico international held talks with executive vice-chairman Ed Woodward on Thursday afternoon where he was told he does not feature in the plans of manager Louis van Gaal.

Woodward, who broke similar news to Rio Ferdinand earlier this summer, arrived at Carrington at midday and discussed various terms with Hernandez, including any pay-off due to the player under the terms of his contract.

United had been looking to recoup around €19 million six months ago but are now willing to settle for a much lower fee in order to move Hernandez on before Monday's transfer deadline.

Having moved to Old Trafford from Guadalajara in 2010 Hernandez quickly established himself as a firm favourite among United's fans, scoring a number of important and sometimes unusual goals.

He scored with his face in the Community Shield win against Chelsea four years ago, and later in the Premier League season converted with a backwards header against Stoke City.

With a goal every 130 minutes he has the fourth best minutes-to-goals ratio in Premier League history behind Sergio Aguero, Thierry Henry and Ruud van Nistelrooy.

But he could not break into the team under David Moyes last season and struggled to find any consistency, sparking rumours that he would be sold this summer.

He attracted interest from Atletico Madrid and Inter earlier in the year as those two clubs cast their nets far and wide, while Southampton were also rumoured to be suitors.

Hernandez now has little over four days to find himself a new club as his time at Manchester United comes to an end.

+ Also, Miguel Herrera left him off the Mexican national team friendlies until he sorts out his club situation.
+ Transfer rumor: Valencia & Juventus are in the running to sign him.

Did you know that the second leg of the Europa League takes place today?