Updates have been made to ONTD-FB calendar regarding La Liga fixtures so don't forget to check them out. Thanks

Happy Saturday all! And don't forget to check the fantasy football table!

The final of the FIFA U-20 Women’s World Cup Canada 2014 is a repeat of the 2010 showpiece between the then hosts Germany and Nigeria. That game went the way of the European side, an outcome the in-form Africans will be aiming to avenge this weekend.
This is the fourth time the ultra-consistent Germans have reached the final of the competition and the third in a row, though the Super Falconets can also lay claim to being a powerhouse in this age group, having checked into their second final in the last three tournaments. Given those impressive records, Sunday’s showdown will reveal much about the balance of power in the women’s youth game.

In the play-off for third place, meanwhile, France face 2006 winners Korea DPR. The North Koreans knocked out reigning champions USA in the quarter-finals only to slump to a heavy defeat at the hands of the Nigerians, while the French, who have found goals harder and harder to come by, were undone by some wayward finishing in their semi-final against Germany.
( Collapse )

The third place match and the FINAL are tomorrow. The World Cup next year! 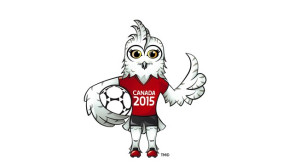