ALL TIMINGS ARE UTC (don't forget to adjust for daylight savings!)

After being nominated by Didier Drogba, Jose Mourinho participated in the ALS Ice Bucket Challenge and nominated some pretty amazing people.

I still can't believe no-one has had the brains to nominate Kloppo! Or even Pep.

And from the other side of London, Alex Oxlade-Chamberlain and Kieran Gibbs nominated the referee Andre Marriner (remember him? That was a sad but also totally hilarious moment. Dude redcarded Gibbs when he meant to send off Oxie) as revenge for the Match that Does Not Exit. Also nominated by these adorable boys: Raheem Sterling (!) and Bacary Sagna.

Ángel di María has asked for a transfer from Real! And Marquis Sami Khedira has rejected an extension as well! 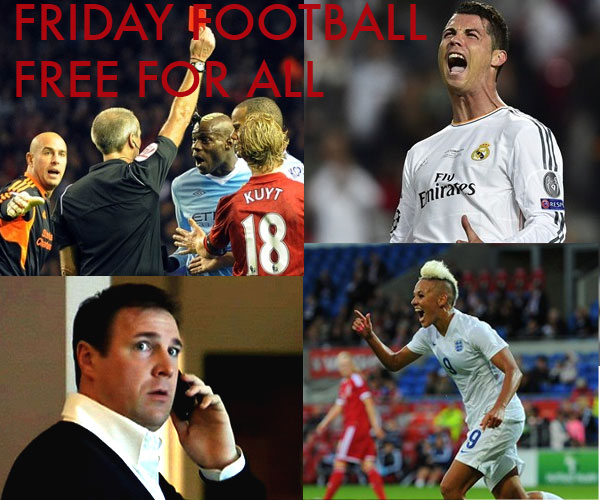 Have a great weekend! :)

Bundesliga kicks off today and the Supercopa de España and Ligue 1 action continue!

(Lol, at Google for helpfully informing the team's standing)

All timings are BST

Will today's Supercopa match be as messy as Tuesday's? (I hope so.)
Collapse