Dolph Lundgren? You can do it in two! 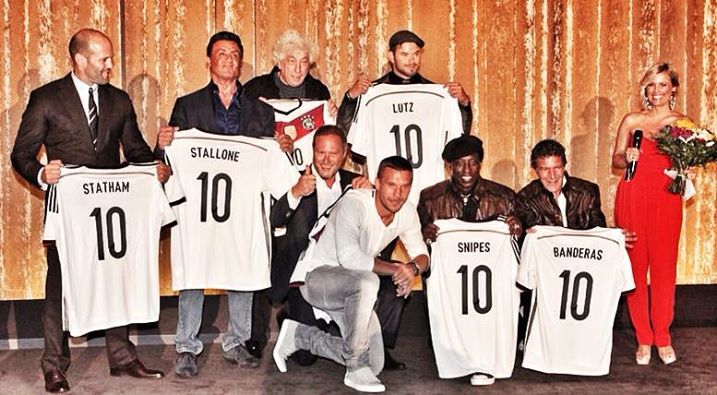 Justin Bieber is just one and President Obama is just two!

The guy really knows everyone....

I was reading an article in the Guardian about women's football and the comments made steam come out of my ears.
So in order to calm down a bit, here is a post about the draws for the final qualification rounds for the CL and the EL.

Are your favourite teams still in it? Will eternal-fourth Arsenal make it to the group stages again?

I've been a member for years, but never made a post. Just thought I'd share this, as I thought ya'll would get a kick out of it.

Hard to say what my favorite part is, but as a gooner, I do love when he goes to the Arsenal bar in Spurs jersey.

Also, I don't see any tags for Tim Howard, how is this possible? (unless I'm completely blind, it is possible) 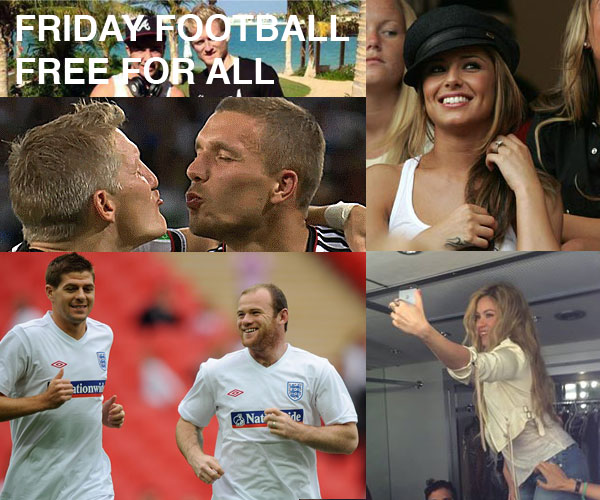 And don't forget to check our calendar so you don't miss any match!

I saw the Vermaelen rumor was already on this list. The Süddeutsche Zeitung has it online as well. So, Barcelona?

And Contento (FC Bayern München) will join Bordeaux as it seems. There were rumors about him leaving the club last year, so this is no surprise. Wouldn't have thought of Bordeaux, though. I don't have a problem with Contento - he is a Bayern youngster from the get go - but I am not sorry to see his unfortunate hair leave. (*gg*)

Benedikt Howedes is getting married to his longtime girlfriend Lisa. 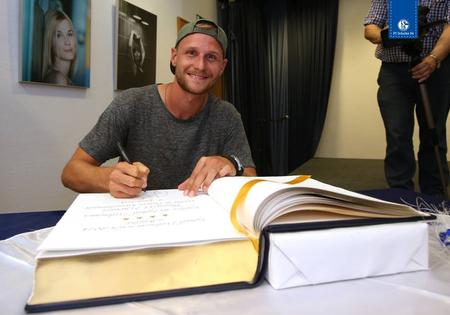 Cote d'Ivoire icon Didier Drogba has announced his retirement from international football at the age of 36.

The Chelsea striker represented the Elephants at this summer's World Cup in Brazil but has now decided to focus on his club career after scoring 65 times in 104 appearances for his country.

"It is with much sadness that I have decided to retire from international football," Drogba wrote in a statement released on Friday.

"These past 12 years in the national team have been full of emotions. From my first call-up to my last match, I have always tried to give my best for my country.

"I am very proud to have been captain of this team for eight years and to have contributed to placing my country on the world stage of football, taking part in three World Cups and two African Cup of Nations finals.

"I cannot convey enough thanks to the fans for all the love and support during these years. All my goals, all my caps, all our victories are for you - I love you."