Let's have a little fun at the expense of Thumbsy (that's Louis van Gaal for you), shall we?

The Guardian hosts The Gallery where readers get a chance to poke a little at various football topics and the star of this week's slideshow is Louis van Gaal.

'Louis van Gaal makes it clear it he will not be influenced by any past manager of Manchester United,' honks Gerard Parker.

And check out The Gallery's page. It's a feast of hilarity. Examples include: Miguel Herrera as Tyrion Lannister, Floppin' Robben as Joffrey, Andrea Pirlo as a ballerina and Hulk as well, The Incredible Hulk (and also Hulk Hogan).

Oh, and if you love Manchester's greatest musical import, The Smiths (or don't) and Thumbsy, here's something to enjoy:

*To be sung at all matches against Manchester City.

Do we even have a tag for Thumbsy? He certainly needs one.

As written by Patrick Imoh: After 25 years handing out bookings and overseeing some of the biggest matches the sport has to offer, arguably the most recognizable official in European football is blowing the final whistle on his career.

The Premier League announced Wednesday that Howard Webb is retiring, turning in his refereeing job in favor of assuming a newly-created position that will allow him to oversee the performance an development of the league’s officials.

Webb, who was in charge of both the 2010 World Cup and Champions League finals, has been named the Technical Director of Professional Game Match Officials Limited (PGMOL).

In a statement from the league, Webb’s new role is described as one that will allow him to manage a training program geared towards “the successful development” of referees in the lower leagues, with the ultimate goal of getting them to the top-flight of English football.

Understandably, the 43-year-old is looking forward to the new role:

"I am very excited to start this new chapter in my career after a wonderfully rewarding 25 years on the pitch,” Webb said. “I have spent over a decade with the best seat in the house for Barclays Premier League matches, been lucky enough to be involved in nine UEFA and FIFA tournaments, and taken charge of the UEFA Champions League and FIFA World Cup finals.

Refereeing has given me so much and it’s important that match officials who have had the rewards remain in the game to pass on their knowledge. I also have much more to learn about the business of refereeing and the best place for me to do that is with PGMOL. It’s an incredibly positive working environment and we all have a common goal of improving refereeing."

more about Webb's career at the source.

I've been following this comm from its inception and I have no idea if this is my first post or not, but it's definitely the first one since 2010! Keep up the good work, bbs. Bring this comm (or livejournal in general) back to life!

Mirror is reporting Agger has begged Brendan Rodgers to sell him and that Barcelona is interested: 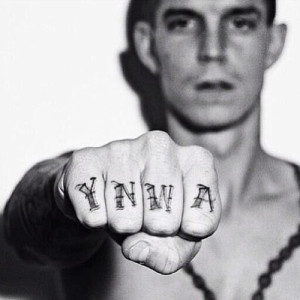 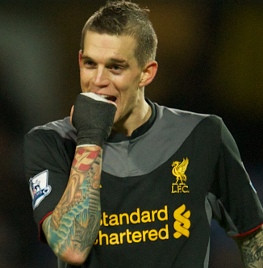 He wanted to go to Germany, but now it seems 99% sure he will join Valencia's team. According to reports he is already in Spain and all depends on a clean medical bill.

Barcelona forward Neymar could be ready for the start of the season after passing a medical on Wednesday.

The Brazil international sustained a fractured vertebra in his country's quarter-final win over Colombia after a robust challenge from Juan Camilo Zuniga.

With initial projections suggesting Neymar could miss up to six weeks of action, the 22-year-old was considered a doubt for Barcelona's league opener against Elche on August 23.

However, the club confirmed on Wednesday that Neymar, along with three team-mates who appeared in the World Cup, had passed his medical and would now face "intense training".

A statement from the Catalan giants read: "The four World Cup semi-finalists, Leo Messi, Javier Mascherano, Dani Alves and Neymar, who trained with their colleagues on Tuesday, returned to the club for their medical tests.

"They all passed with flying colours and are now set for three weeks of intense training in the build-up to the start of official matches in three weeks’ time."

really hope he doesn't rush it!