People of Winterfell ONTD-FB, I present to you Lord Niklas Stark.


On July 31st, Germany won the U-19 European Football Championships against Portugal. The young hope of FC Nuremberg Niklas Stark was involved as captain of the team in this success significantly.

Eighteen days after Philipp Lahm lifted the World Cup Trophy in Brazil, the Ipsheimer Niklas Stark lifted the European U19 Cup in Hungary. The youngster scored in the first round an important goal that secured a spot in the match against Serbia. The decisive goal in the final was the one scored by Hany Mukhtar of Hertha Berlin. The 19-year-old defender ensured his team remained in four of five games without conceding a goal with his defensive chain.

This talent is one of the many fruits of youth work in German football. "Nik has been at the club since he was nine years old and is a true home-grown talent. His development is also an example of our good young talent and also serves as a model for our many talents in the team." says Martin Bader, Head of Sports & Public Relations at FC Nuremberg. Despite a long injury break and just 24 Bundesliga appearances, Niklas Stark is for coach Valérien Ismaël, an integral part of the team and this should create more chances for a promotion.

Also, the national coach Joachim Löw praised the team's performance and their coach, Marcus Sorg: "I'm very happy for Marcus Sorg and his boys. Many congratulations to all who have contributed to this success. The team played a great tournament, the EM has shown that the German football can look forward to great new talents. This title helps players in their development, I'm sure they will get through this triumph again a boost."

Here is a video (in German) of Lord Stark with children. It is ADORABLE. Poor kid has a cut on his nose though.

There's a bevy of talent and possible future royalty on this team. From David Selke, Levin Öztunali to mini-Ser Jerome Kevin Akpoguma, I hope we can see some of these guys at Euro 2016 and World Cup 2018.

Also, Wikipedia tells me that Mustafi is a year older than me and that he and Durm are still eligible to play in the U21 team!

Yes, the World Cup is over and club season is starting soon. And Thomas Müller is excited to return to Munich to begin training for Bayern Munich but he is clear that it will be only after August 5th.

I like my new FC Bayern jersey. But until 5th August i enjoy my holidays. pic.twitter.com/4fj0n5KlFD

And why not? His team did just win the fucking World Cup. Oh, and he scored five goals in the process. 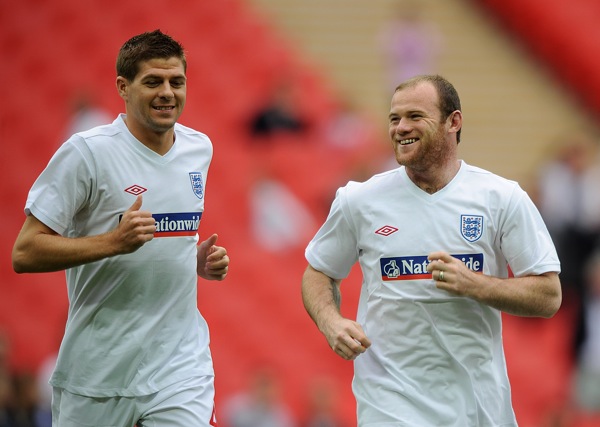 The victors of Tuesday morning's clash between Manchester United and Liverpool will earn $1 million in prize money as Louis van Gaal's men look to position themselves as 'America's team'.

The appetite for English clubs to play in the US is growing at a rate of knots, with the success of this summer's International Champions Cup underlining the burgeoning interest in the Premier League.