Carl Jenkinson, the cutest boy in the world, might be leaving Arsenal. *bursts into tears*

The signs are already there. His best friend (is there no loyalty?) is even hanging out and *gasp* exchanging #banter with his replacement:

'Listen mate theres only one Chambo round here' #SouthamptonFriend pic.twitter.com/y9J2H1WSC1


This post is basically a tribute to Jenks, my favourite Gunner. I hope the loan deal falls through or is a false rumour. Or please God - just let it be a loan and not a sale. Please I'll be so good.

Jenks is an Arsenal fan first, player after.

This is his childhood bedroom. Kindly note the Arsenal crest wall-paper, the t-shirts, the jerseys, the Highbury duvet, the room decor and the curtains:

6 years of an amazing journey #saintsfc DESTROYED in 1 hour !!!


I guess he read the piece in Metro that his club won't sell him even though they sold everyone else.

We need a Southampton tag, mods. I realize the club might be gone in a few days and Koeman has no players left and is making blackly humorous jokes on Twitter and all....

But it's all so ~DRAMATIC at the moment!

There is much for new/old Brazil manager Dunga to do if he is going to restore Brazil from the embarrassment suffered at the end of the 2014 World Cup. So, like a Festivus celebration, Dunga has started off by airing his grievances about the team and star martyr Neymar. They are presented below in no particular order, because Dunga presumably finds each issue equally appalling.

Too much crying — "A crying scene like that of the match against Chile looks bad. We are chauvinists, we have the idea that men don't cry," says Dunga, according to Sambafoot. The idea that men don't cry is both outdated and wrong, but Brazil did do an inordinate amount of it during the World Cup. During the national anthem, press conferences, after losses (and wins) — it went beyond endearing shows of emotional honesty and revealed a team cracking under the intense pressure of playing in front of home fans expecting nothing less than perfection at all times. Though Dunga's motivations here are backwards, a bit more emotional stability might not be a bad thing. If only to save the kitman from having to get mucus stains out of all those shirts.

LMAO, I don't know whether to laugh or cringe at this ... I mean, yeah there is too much focus on Neymar and his celebrity persona instead of the team, but he seems to really, really not like him

The father of Carlos Tevez has been kidnapped and is being held for ransom, according to reports in Argentina.

The incident occurred at around 7am on Tuesday in Moron, on the outskirts of Buenos Aires, when Juan Alberto Cabral’s car was intercepted, reports La Nación.

The criminals contacted the family in the city and made an initial request for ransom that was much lower than a second request a short time later, suggesting it wasn’t initially clear to them who they were holding.

Police are investigating the incident and the Juventus striker Tevez is understood to be travelling to Argentina to help deal with the matter.

ETA: Reports are currently conflicting, with some suggesting that Juan Carlos Cabral was released, though Clarín claim that he is still being held with a ransom demanded. The newspaper writes that at least two calls have been made in which the kidnappers have demanded money for Cabral's release.

According to Italian newspaper La Gazzetta dello Sport, the kidnappers were not initially aware that Cabral was the father of one of Argentina's most famous footballers, though they raised their demands once they became aware of his connection to Tevez.

There are some people who feel that a part of the reason Sir Alex retired is because he knew he had gone as far as he could with the current Manchester United squad. Under Moyes, players had problems adjusting to his training and suffered injuries (and strained relationships: RVP-who went from 44 goals in 71 appearanced to...well, injured, sent off and disinterested).

So, this morning Van Gaal started off by saying what a lot of people were thinking who had watched the first two pre-season matches Man Utd played in: Luke Shaw isn't fit. 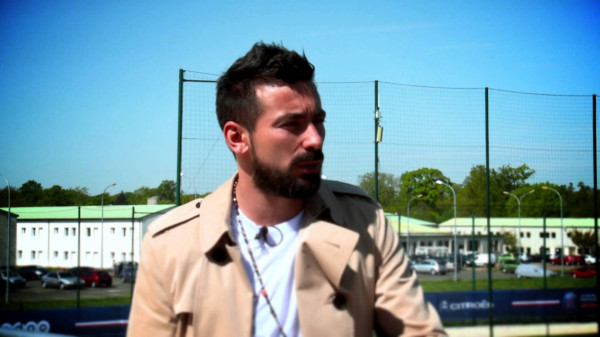 As your resident/designated Lavezzi Lass, I feel obligated to make this post...
Okay, so PSG is in a position where they HAVE to sell someone if they want to get Di Maria (who is also being linked with Man United but a lot of reports have been saying he's leaning towards PSG?). The most likely candidate would be Argentine sex symbol, Ezequiel Lavezzi.

Inter Milan has shown interest in the Argentine but PSG insists that he's not for sale. Lavezzi has also been linked with Chelsea, with the possibility of selling Torres in the process to make room for him. Chelsea's rival in this bid will be Liverpool who still have some #SuarezMoney left to spend, especially after Remy failed his medical. Liverpool could make an £18 million offer to PSG for Lavezzi. (I'm personally rooting for Liverpool in this one but that's just me!)

In other news, he posted a preview of his photoshoot with The Net Boutique on his social network sites and goddamn is he beautiful.


I humbly request a tag to be made for Lavezzi, por favor! :)

The Final of the U-19 Euros will take place next Thursday at 19.00 European Standard Time

So if you are interested - clear your schedules. Both teams have been playing rather well, if not to say impressive, so this could be an interesting match.

Hello all, just to let you know, there's a Manchester City FC livejournal community, if any of you are interested in talking about the club and its players :) The stupid mod (cough) let the community die for about a season, but we're trying to relaunch it for the next season! We have post-match reactions posts, some really good comment fic-a-thons, and we like to cry over injuries and conceding from set-pieces. If that sounds like your kind of thing, please join us at

(Also, that community houses the 3 part Manchester City FC primer, but it's still being updated because, you know, stupid mod)

Thank you for your time! Here, have some excitable Spanish bbs! :D