So after a video of Basti singing a BVB chant stirred controversy. He has taken time out of his holiday to apologise in a video posted to his facebook. I kinda feel bad for him. The way he's stood there, hands behind back, very defensive.

How is this playing out in Germany? Are people truly scandalised? Will it effect his chance to become Emperor? Does he have enemies? It seems a little odd that this video would surface now.

UPDATE: Borussia Dortmund responds, and they couldn't care less about the chant video. This is such a social media scandal. lol It's all about nothing really. 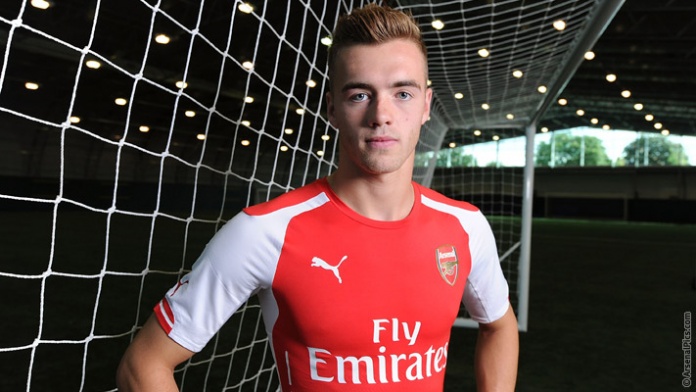 Another Arsenal cutie
From Arsenal.com


Tall and athletic, the versatile youngster started his career in midfield, but established himself at right back last season and can also play in the centre of defence. He is currently captain of England Under-19s.

Arsène Wenger said: "We are very pleased that Calum has agreed to join us. The way he adapted to the Premier League last season with Southampton at a young age shows that he has tremendous quality. He has a lot of the attributes that we look for in a young player and I am sure that he will do well with us.”

Chambers said: "I am so happy to be signing for Arsenal. They are a team I have much admired for their playing style, and a team who have been one of the top sides in Europe for many years. I'm looking forward to joining up with my new team-mates today and beginning preparation for the season ahead.

"I would like to take this opportunity to say thank you to everyone at Southampton FC for everything they have done for me and for making this move possible."

So - notes on the transfer season to this point:

Arsenal have spent 60 million on these players, but have brought in 15 million so far and could bring in another 15-25 million with the sales of Joel Campbell (who I hope his sold with his profile so high at the moment) and possible Vermaelen.

So while this has looked like an expensive summer, that could be deceptive. And there's certainly money left, should Wenger wish it, for a striker and a defensive midfielder.

A final note: every other club is doing it - stealing from Southampton ;) - this summer - but Arsenal was doing it long before it was cool. Chambers joins Theo Walcott (2006) and Oxlade Chamberlain (2011) who are former Southampton Players at Arsenal who are now successful in the first team.

I notice Southampton has no tag. That seems almost appropriate at the rate they're being fleeced this year :(

FIFA and Putin Understand Each Other Very Well 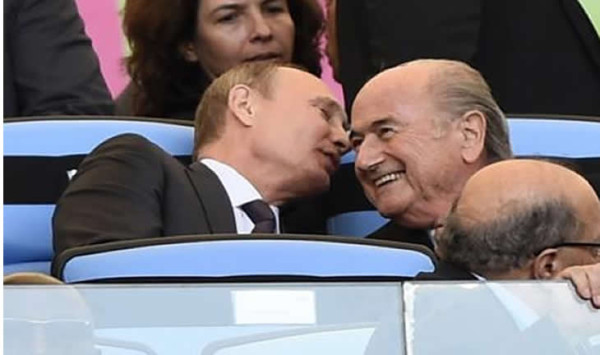 Last year the Kremlin published photographs of a meeting at which Gazprom (GAZP:RM), Russia’s state-controlled energy giant, became the highest-level sponsor of Fédération Internationale de Football Association (FIFA), the organization that runs international soccer. There was FIFA President Sepp Blatter, alongside Russian President Vladimir Putin, Gazprom Chief Executive Alexei Miller, and Vitaly Mutko, who is both head of the Russian Federation’s Ministry of Sport and a member of FIFA’s executive committee.

Just a group of guys who like soccer, hanging out. 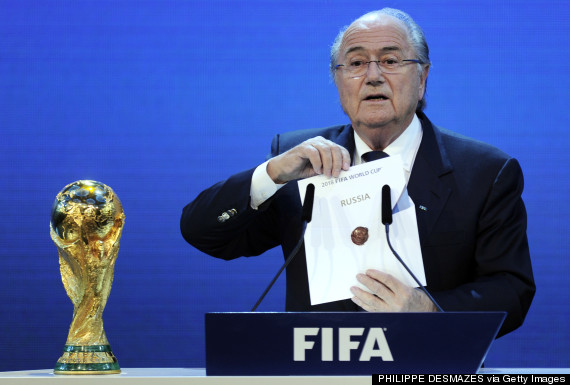 Russia should be denied the right to host the World Cup following the shooting down of a Malaysia Airlines plane that killed more than 200 people including 10 Britons, Nick Clegg said.

What do you think? Do you hate Blatter? Do you want them to change the location of the next World Cup?
Collapse