Manchester United vs. AS Roma

And for the last match: http://www.stream2watch.me/soccer/club-alianza-lima-vs-valencia-cf-live-stream (thanks,

Head over to the club website for full details!

Ospina, who is the brother-in-law of James Rodriguez (lately transferred to Real Madrid) impressed massively with Colombia and Wenger, there to commentate on games, took a shine to him and spent matches commenting but also scouting him. Doubtless he was already aware the keeper was doing well in Ligue 1. 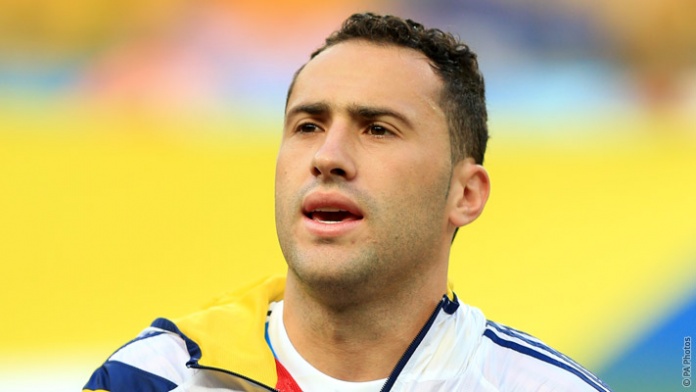 And so cute!
He also comes for an amazing fee: only 3 million.

Ospina is a great goalkeeper. His stats are wonderful. He did it on the big stage. And he's there to challenge for top spot. Wenger has said so explicitly. Szczesny is the #1 - but Ospina will be there to keep him on his toes and will play should he prove to be better.

More pictures of him looking lovely in Arsenal colours are bound to show up.

But Arsenal are seriously doing well in this transfer window, aren't they? New forward in the very wonderful Alexis Sanchez, new rightback in Mathieu Debuchy, new young and exciting defensive cover arriving in the form of Calum Chambers, the club still looking at Sami Khedira, Morgan Schneiderlin, Lars Bender, and William Carvalho for the defensive midfield.

I think we can expect two more purchases this summer - and weeks before the transfer window closes, for once!

Update - from an actual reputable source. Chambers could arrive tomorrow.

Chambers expected to be announced on Mon, will join Austria camp. Ospina fee about £3m & #AFC still in market for DMF + DF if Vermaelen goes

This backs up rumours last night the club was looking at 6 players, and wanted to sign two of them before long.

Saw this on Tumblr:

So, the friendly against Argentina will be a rematch right? 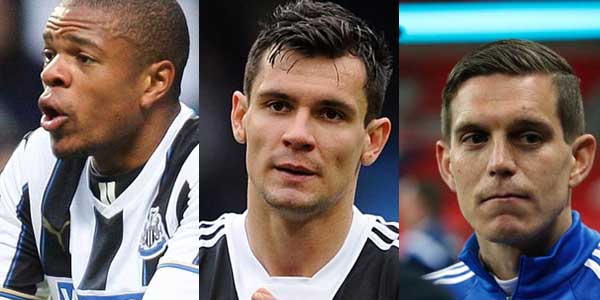 Liverpool must reconsider their forward options in the summer transfer market after Loïc Rémy’s proposed £8m move from Queens Park Rangers collapsed on medical grounds, although the club strenthened their defence on Sunday night by signing Dejan Lovren from Southampton.

Currently Borussia Mönchengladbach is playing the Hamburger SV. (1-2 at the moment, min 45)

Later there is the final:

Bayern München - VfL Wolfsburg at 18.15 (Berlin-time)
streaming links are the same as last time!
http://www.rojadirecta.me and others.

In other news Rémy's move to Liverpool fell through because the player failed the medical.

AND - and these are no football news - for the first time ever a handicapped athlete beat the non-handicapped. It happened yesterday at the German Track and Field championships at the long jump and is now the German Long Jump Champion.

So, the World Cup ended but the celebrations were not over! Because the day Die Mannschaft returned to Germany with the Cup, there was the big parade for the champions (of the world).

Now, the Germans are brilliant in a lot of things: cars, football, beer, Lufthansa, etc,. But their parades are truly something else. Take one of those Thanksgiving parades they have in America, but amp it by x1000 and you get a German parade. That's how much fun they are. And they certainly did not disappoint in welcoming their team home.

Edit: The screen caps are here thanks to

I can't believe that's it. I feel like crying now. Lahmpoleon thanks you for your time!

P.S: Is that Kellan Lutz with the Peasant King in this gif?! (If it is, they're perfect for each other.)