WAGs stand for Wives and Girlfriends (of footballers). WAGs are a serious Thing ever since 2006 and are sources of celebrity gossip. Sort of like the Kardashians, but without the Valley Girl accent. And yes, WAGs have had reality TV shows too.
The most famous (and first modern) WAG is, arguably, Victoria Beckham aka Posh Spice. 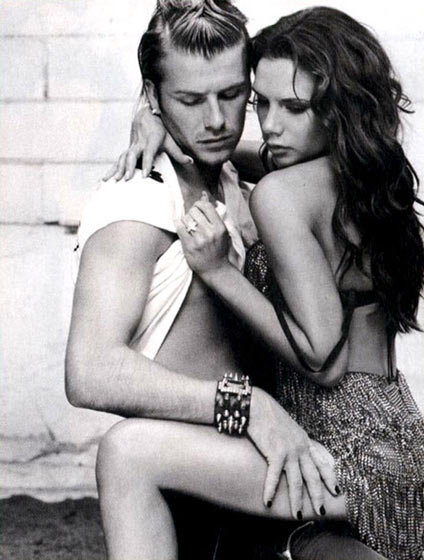 But she's not the only one that's made a name for herself outside of her hubby. Shaikra is also a WAG, as is famous singer Mandy, Ozil's new crush and Ulrike, Per's other half who is a trophy-winning handball player.

So what do you do as a WAG? Well, show up with your BF at various outings, shop using your BF's nice credit card, look glamorous, help out with charities and maybe put up with massive amounts of drama when your significant other is seen out partying in some foreign nation. Since it's a celebrity culture thing it's pretty stressful so it's not unheard of for WAGs to drop their boyfriend like a hot potato. Most of the time, it's totally deserved.

The problem is that recent youngins have made it their life goal to be a WAG because hello... free rich lifestyle. But the chance of becoming a WAG is low and full of pa-pa-paparazzi. Kids today. 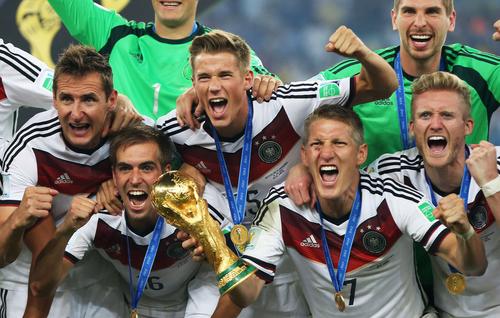 German national team players chipped off a “small piece” of the trophy during celebrations of their overtime victory against Argentina, Wolfgang Niersbach, head of the country’s DFB soccer federation, told Der Spiegel.

“Don’t worry,” Niersbach was cited by the weekly magazine as saying. “We have specialists that can repair this.” He didn’t say when or how the trophy, a replica of the 18-carat gold original, was damaged.

With Steven Gerrard announcing his international retirement with immediate effect on Monday afternoon, it leaves a big question for head coach Roy Hodgson: who should be the next England captain?
The Liverpool midfielder was named national team skipper in the lead up to the 2012 European Championships.
And now that he has hung up his boots for the Three Lions, after 114 caps, it leaves Hodgson with a big decision to make as he prepares for the next European Championships, in France in two years time.
The early favourites to take the captain's armband will be as follows, but who gets your vote?

Wayne Rooney
The Manchester United striker burst on to the international scene as a teenager, sparkling at Euro 2004. He scored four goals at that tournament and has been England's great hope for a decade. The Manchester United forward will be 29 in October, and has scored 40 goals in 95 internationals. However, he has never been named club captain at Old Trafford, though he has taken the armband on occasions. And in the recent World Cup many called for his exclusion from the side.

Joe Hart
Manchester City's goalkeeper has been a mainstay for England, since ousting the aging David James in Fabio Capello's reign. The 27-year-old now has 43 international caps, though few would name him one of the best stoppers in the world after a season in which he was dropped by his club side. Similarly to Rooney, he has not been his domestic side's captain, either.

Jack Wilshere
Following in the footsteps of Rooney, the Arsenal midfielder carried the hopes of the nation when he impressed in his first international outings as an 18-year-old. That was back in 2010, though, and he has only made 20 appearances in that time for England, thanks to injuries and loss of form. Now 22, Wilshere has been in the public eye recently, having been spotted smoking while on a post-World Cup hoilday in Las Vegas with Hart.

Gary Cahill
The Chelsea centre-back is commanded by former England captain John Terry at club level, though he was deputy skipper at Bolton Wanderers before a £7-million move in January 2012. The 28-year-old may only have 27 caps, but he is likely to be one of the first names on Hodgson's teamsheet in the next couple of years.

Jordan Henderson
The Liverpool defensive midfielder was one of England's few positives in the World Cup, despite the fact that the 24-year-old has only 13 caps for England. Last year he captained the England under-21 side at the 2013 Uefa European Under-21 Football Championship. He would be a bold choice, and as he showed with this squad for Brazil Hodgson is not frightened of making a tough call and backing youth to shine.

please not Wazza, he already gets so much crap from the press to the fans, i don't want him shouldering anymore blame

A nice, blown-up picture of this Prince.

Borussia Dortmund captain Sebastian Kehl has confirmed it will be his last season with the Bundesliga giants.

The 34-year-old holding midfielder will give up his role as the side’s leader at the end of this coming season, which leaves BVB boss Jurgen Klopp with a huge decision to make over who to make his next permanent captain.

Roman Weidenfeller is his current vice-captain but at 33-years-old, Klopp may decide to give the full captaincy to another player.

A potential option is Manchester United transfer target Mats Hummels, who Kehl has been impressed with so far at the World Cup in Brazil.

“Yes, he’s been very strong when he’s played – He can finally show that the criticism of him in the national team is absolutely unfounded,” Kehl told Bild when quizzed about Hummels’ performances in Brazil.

Hummels fits the bill to become BVB captain in many different ways and it would also help Klopp to fend off various offers from sides looking to come in and buy him during the transfer window.

He’s still a very young man at only 25-years-old so he’s got longevity on his side.

Klopp could opt for an older and more experienced player to become his next skipper but Hummels could arguably be playing in the heart of Dortmund’s defence for another ten years.

He also forms part of the spine, which runs through the current BVB team.

He’s a leader at the back, keeping the back four organised and he’s able to see the play moving forward, which allows him to dictate to the midfield and attack because he can see how the play is unfolding.

His contract expires at the end of the 2016/2017 and it won’t be a surprise if BVB try and get Hummels to extend that deal at the end of next season.

Dangling the captaincy in front of him along with improving his personal terms only sweetens the deal and makes it more difficult for the German to consider moving away from the club.

Kehl’s exit is a blow because he’s one of Dortmund’s most experienced players but Klopp has a chance to make a sensible decision making Hummels his next captain and if that reduces the chance of Manchester United, or any other side, buying him, he’ll consider it a bonus.

This is three weeks old but I wasn't sure if it had been posted. I think he'll make a good captain. What do you think, ONTD-FB? Comment and pic spam below!

Also, this tag is killing me! 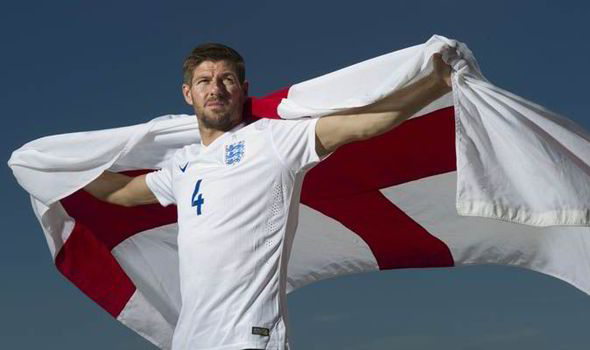