A World Cup has come and gone. Let's look at some of the things that happened that'll make sure we will never forget it.

Tell us all the life changing moment that I forgot to add!

Reports have emerged of a fantastic gesture from the Argentina squad that came runners-up at the World Cup after losing 1-0 to Germany in last Sunday’s final.

The World Cup runners-up donated 135,000 dollars to the paediatric cancer centre at the Hospital Garrahan in Buenos Aires.

This donation was made through the Lionel Messi Foundation that has previously given money to Hospital Garrahan.

According to widespread reports in Argentina, this donation was made at the behest of the two leaders of the Argentina side on the pitch: Lionel Messi and Javier Mascherano.

Messi and his foundation have had a link to the hospital since 2010.

The World Cup bonus money that was donated will ensure better quality of care for children with cancer, with 20 clinics, 70 outpatient beds and 20 beds for prolonged chemotherapy, in a total area of ​​4,800 square meters.

World Cup bonuses and their use has been the subject of much controversy for countries such as Ghana and Cameroon before and during the tournament. 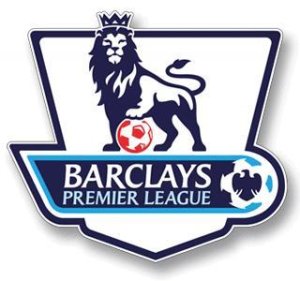 Th
English Premier League or alternatively Barclay's Premier League is the #1 most watched league in the world and considered the best. Why? Because it has stars and is very competitive but actually a lot of it has to do more with the fact that it being English and all makes it very easy for people throughout the world to follow (have you tried watching Bundesliga without knowing German?) and the mix of players throughout the world means that there will be at least one person from your country to support somewheres.

It is by no means the ONLY league in England. There are hella lotta leagues in England. But with the way the leagues are tiered you have to be ze best of ze best to compete in this one.

HOW IT WORKS:
20 teams compete for 9 months of the year (Aug - May) and the Germans win. As with the WC, leagues are graded on points. You get three points for winning, one point for a tie, and no points for a loss. At the end of the league the bottom three teams are relegated, the top four teams get to play in Champions League next year (#5 gets to go to a qualification stage with other runners-up), the next few down get to go to Europa League and the team with the most points obviously wins the league.

To be relegated means to be dropped down to the next-tier league. The top three of the next-tier-down get "promoted" to EPL each season.

In case it's not obvious - the above is very important because... money, duh. You get a lot more money due to air rights and advertising (your games being shown all over the world) so getting relegated is bad. You get money for participating in Champions League and you obvs get bragging rights for winning the league.

( Collapse )
okay folksies I will continue later! I AM GOING TO THE BED!
Collapse